By Aidana Yergaliyeva in Nation on 7 September 2019

NUR-SULTAN – President Kassym-Jomart Tokayev said during the Sept. 6 first meeting of the National Council of Public Trust that reforms are needed to improve life and government in Kazakhstan but that those reforms should be adopted gradually and only after thorough discussion. 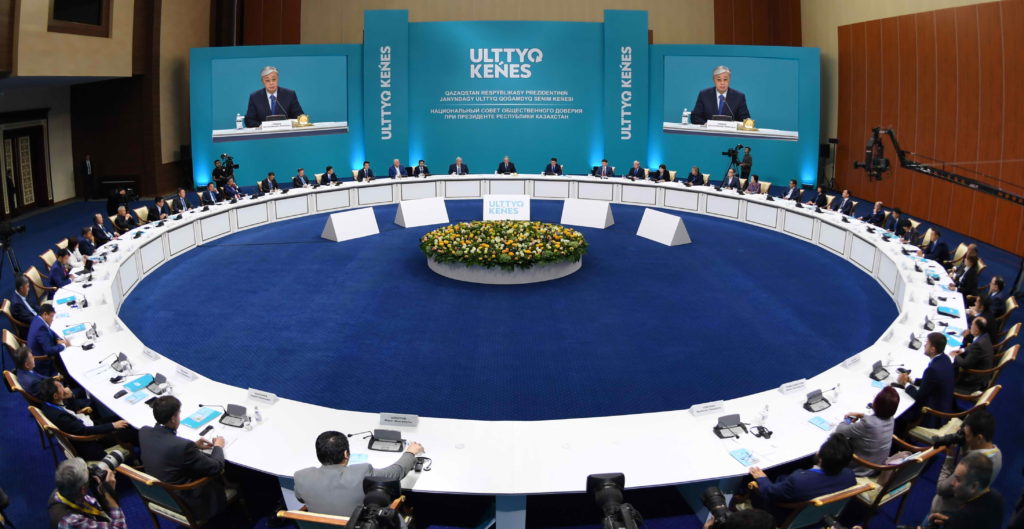 The first meeting of the National Council of Public Trust. Photo credit: akorda.kz.

“The reforms will not be carried out for the sake of reform, but out of necessity. The need for reforms has ripened, everyone understands this. But what reforms we should carry out, this is a question that should be discussed here, together, certainly we must make agreed decisions. Sometimes some slogans and appeals look extremely attractive, but their authors are not responsible to the country. Reforms for the sake of reforms are a sure way to crisis and loss of state control,” Tokayev said.

The National Council of Public Trust was established over the summer by Tokayev to better facilitate public input in the formation of national policies.

Tokayev also said in the meeting that before adopting any economic reforms, Kazakhstan’s socio-political life needs transformation, including a more active role for the Kazakh Parliament, reported the Akorda press service.

“I am convinced that Kazakhstan should remain a state with a presidential form of government, but Parliament will have to take its rightful place in the political system,” he said. 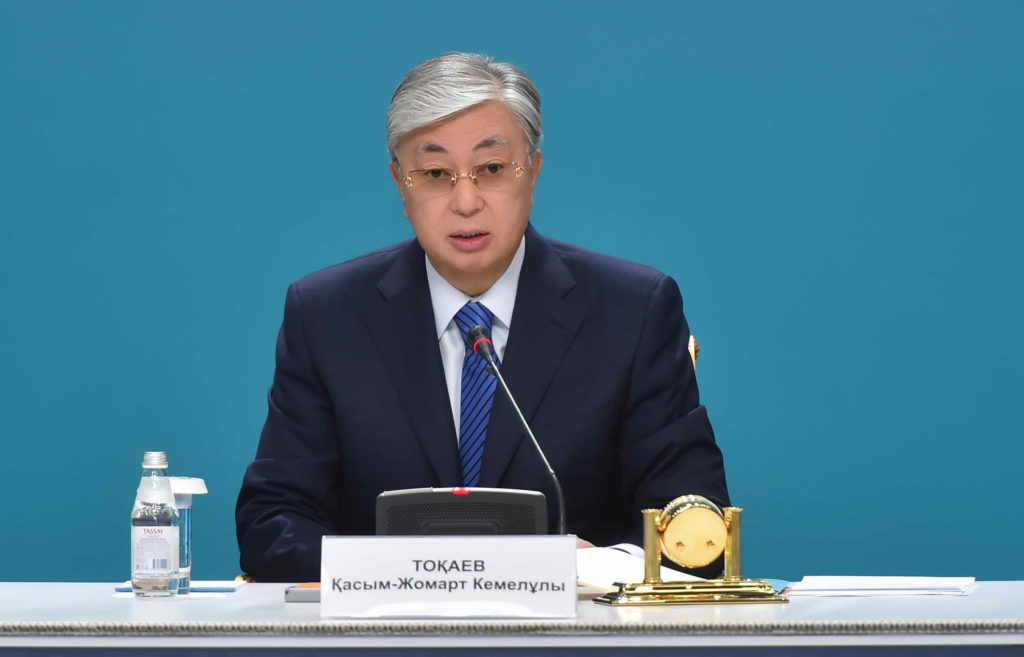 The President also supported the council’s proposals to develop a “listening state” that should achieve its strategic development goals with input from civil society.

“I support the proposal to include representatives of the civil sector in the supervisory boards of national companies, socio-entrepreneurial corporations, and collegiums of central government bodies. This will improve transparency, including in the quasi-public sector, which has fallen from the public attention zone. Members of the National Council propose the widespread practice of Open Akimat (city or regional administration). Indeed, we need to move to new standards of managerial culture. And the Open Akimat will allow the local government to be a service providing to society, remove the barriers between the population and civil servants,” Tokayev said.

“It is time to give an impetus to political competition, expand the real participation of citizens in the political life of the country, and promote the development of a multiparty system. The state is obliged to listen to its citizens and, most importantly, to hear them,” he said.

Tokayev also asked the National Council to further develop in working groups the initiatives he presented in his state-of-the-nation address.

Tokayev stressed the role of the National Council in developing initiatives and modernising the country, saying the members’ varied opinions and positions will help the country develop.

“Each of the members of the National Council has their own opinion and position. This is a completely natural state of a developed civil society. We all must proceed from the thesis that I expressed in my inaugural speech, ‘Different opinions – one nation.’ Indeed, without alternative, initiative and activity, there is no development,” he said.