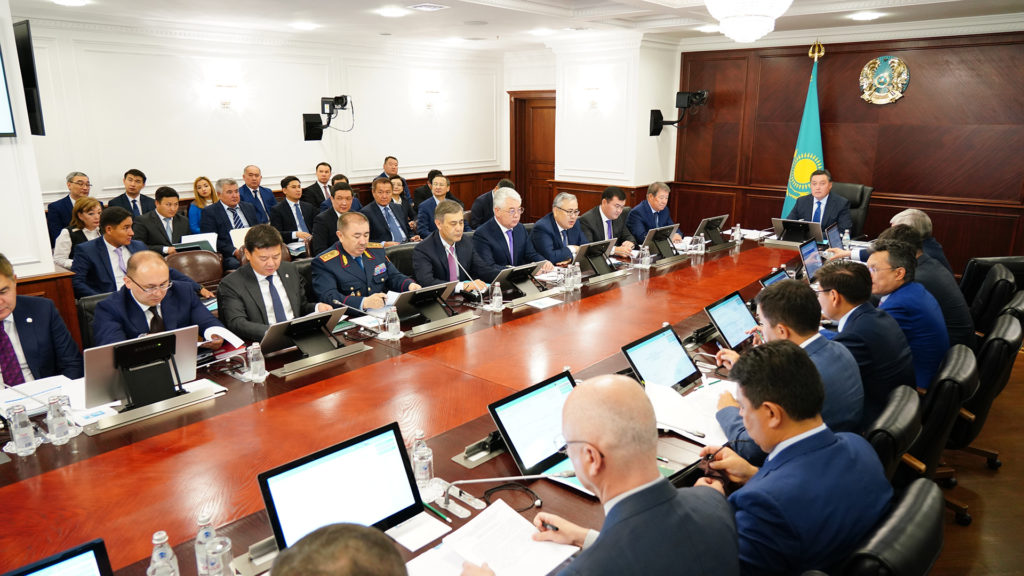 The President also directed the development of a “listening state” in which public input is more heavily considered in the formation of policy.

Following that address, Kazakh Deputy Prime Minister Berdybek Saparbayev briefed a Sept. 3 government meeting on some of the country’s existing and future initiatives that will be included in the plan to be presented by Sept. 7 to implement the President’s goals.

In his address, Tokayev emphasised the need for quality education and instructed teacher pay raises over the next four years, beginning with a 25 percent salary increase in 2020. He also said Kazakhstan needs to close the education gap between cities and rural areas and increase the number of qualified education professionals in rural areas.

To achieve these goals, said Saparbayev, the government will implement plans, such as a new model to finance schools, a mobile teacher project and the multidiscipline preparation of teachers.

“We will introduce changes to the education system in rural areas to improve the work conditions for teachers in understaffed schools. The government was instructed to develop the roadmap to support gifted kids, analyse the training of specialists that are in no demand. We are also introducing amendments to the legal acts in the development of science,” said Saparbayev.

Tokayev also underscored the need to protect children’s rights and increase the penalties for sexual and domestic violence.

Saparbayev said in the next two years, Kazakhstan will set up centres nationwide to support children who have suffered from violence.

Legislation is also planned to protect the rights of women and children.

“The 2030 concept to protect children will be developed. With this in place, we expect the decline in crime rates among children and the decline in the suicide cases. The work will be done with the local executive bodies,” he said.

Tokayev also urged the government to work on the price formation and tariffs, stressing the high prices for goods and services in the country. He cited the high air fares as an example.

“It raises questions why the flights of our main air carrier (Air Astana) on the most popular routes are much more expensive and sometimes for up to 30 percent than [along the comparable distances] in Europe. What explains the high cost of services at our airports? Why is the cost of jet fuel for foreign carriers at the airports higher than for domestic ones? This hurts the aviation industry of Kazakhstan and the country’s transit potential as it loses its international competitiveness,” he said.

In response, Kazakh Deputy Prime Minister Zhenis Kassymbek said the problem is in the transport capacity and the shortage of aircraft to meet the existing demand.

The launch of low-cost airline FlyArystan in May was part of the effort to decrease the ticket fares.

Kassymbek said the airline plans a double increase in the number of flights from 14 to 28 by the end of 2019.

“The government and Samruk Kazyna plan the additional capitalisation of Air Astana and Qazaq Air airlines to increase their fleet. The work will be continued to decrease the cost of jet fuel given the modernisation of Kazakhstan’s oil processing plants that nears its completion,” said Kassymbek.

In line with Tokayev’s instruction to allow working citizens to use part of their pension savings, Saparbayev said the government will consider allowing citizens to use the funds to buy homes, get an education or medical services.

Saparbayev also said the government along with the National Bank of Kazakhstan will examine the nation’s pension system.

“We need precise calculation and careful decision to ensure the lifelong pension payments of citizens and not undermine the stability of the system in general,” he said.

Making housing more affordable, particularly for socially vulnerable segments of the population, is also among the Tokayev’s priorities. He said the government should develop a single housing policy.

“For this purpose, we allocate annually 50 billion tenge (US$128.7 million) until 2025. There is an annual financing of 32.8 billion tenge (US$84.4 million) to ensure rental housing with no redemption for nearly 3,700 people in the social vulnerable category,” said Kassymbek.

Kazakhstan has also launched the Bakytty Otbasy (Happy Family) programme that provides mortgage loans at two percent interest rate and ten percent down payment. Nearly 6,000 families are expected to get loans as part of this programme until the end of 2019 and Kazakhstan’s House Construction and Saving Bank received 50 billion tenge (US$128.7 million) for this purpose.

The state will also allocate more than 240 billion tenge (US$618.16 million) for social rental housing by 2022, designed for people whose income is not sufficient to purchase a property.