By Elya Altynsarina in International on 19 September 2019

“The Republic of Korea is one of the key strategic partners in Asia, and our political interaction corresponds to this status,” said Atamkulov during his meeting with the South Korean Prime Minister. He also noted Kazakhstan’s desire to expand relations.

This year is the 10th anniversary of strategic partnership between the two countries. The two countries also agreed in April during the visit to Kazakhstan by South Korean President Moon Jae-in to cooperate on the Fresh Wind programme. The programme is now managed by a bilateral working group. 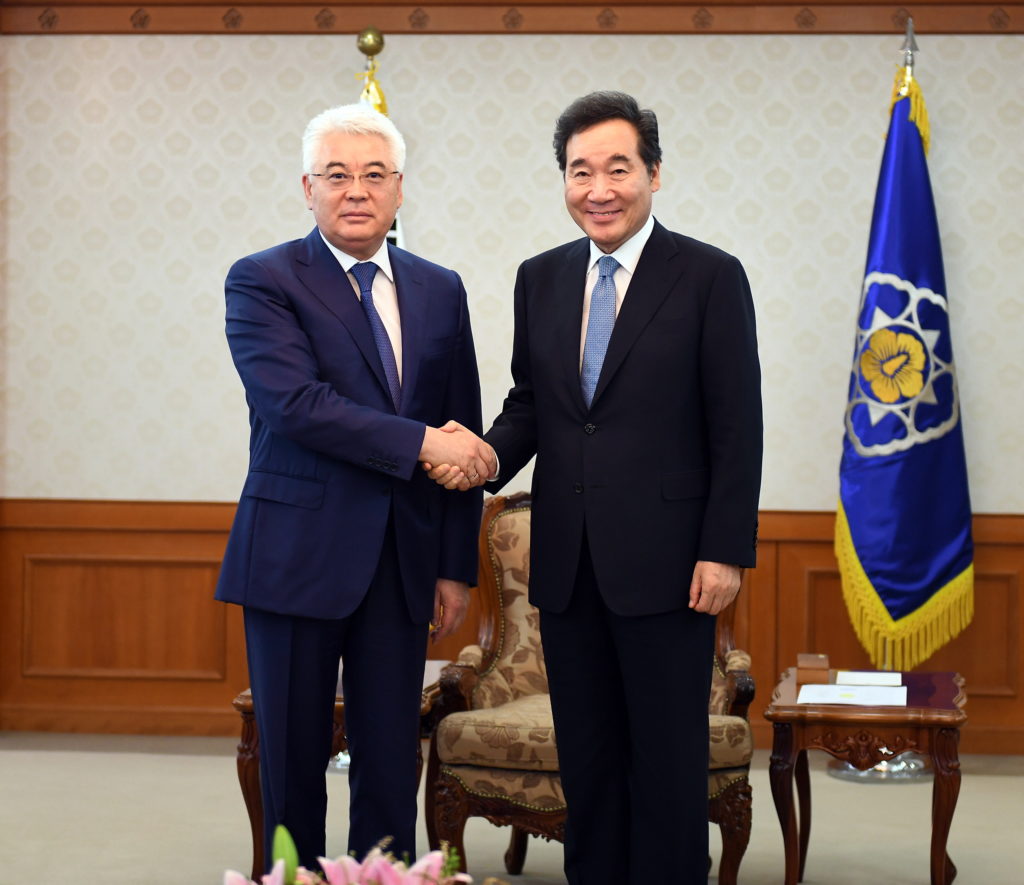 The two countries also work within the Central Asia-South Korea forum, which will meet again in October in Nur-Sultan.

Atamkulov also met with and thanked Speaker of the South Korean National Assembly, a unicameral parliament of South Korea, Moon Hee-sang, for supporting the fourth meeting of the speakers of parliaments of Eurasian countries in the Kazakh capital.

Korea is Kazakhstan’s second largest trading partner in Asia. Trade in 2018 reached $4 billion and reached nearly $2.7 billion in the first half 2019. Between 2005-2019, Korea invested more than $5.3 billion into Kazakhstan’s economy.