By Nazira Kozhanova in Culture on 8 September 2019 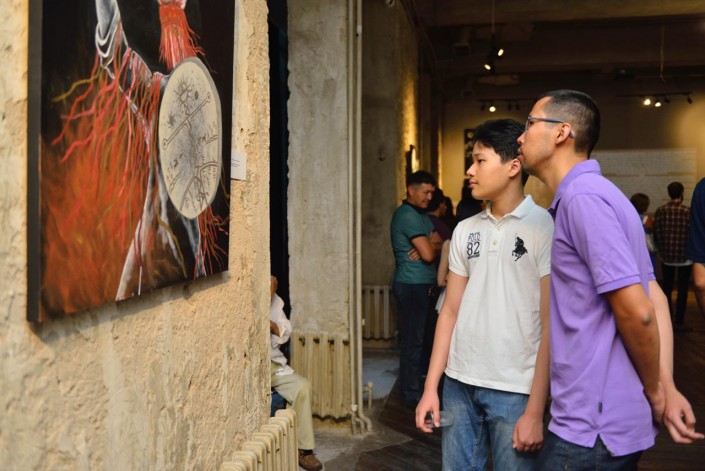 “I got interested in Tengrianism when I was wondering what our deities looked like. But it turned out that this is an obscure topic; artists rarely depicted them and the images of the gods that I imagined reading legends spun in my head. I also relied on Chinese and Russian studies. Inspired, I began to visualise them. So far, I have completed 15 paintings,” she said.

Rakhimberdiyeva graduated from the Tansykbaev College of Decorative and Applied Arts in Almaty, then continued her studies in Kuala Lumpur, Malaysia. Missing home motivated her to study Kazakh history and reading about the past inspired her to devote her next series of paintings to her motherland. Returning from Malaysia, she brought her plan to life. 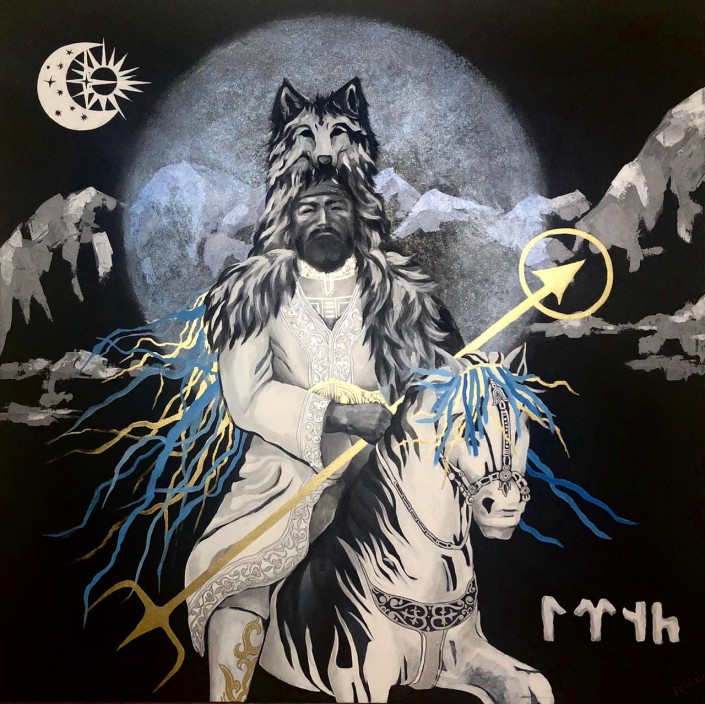 The paintings have a black background to focus on divine images. Rakhimberdiyeva uses a variety of techniques, incorporating painting, graphics and 3D effects in her toolkit.

“When viewing a picture from different angles, you can see 3D effects. Images seem vibrant and voluminous; these are not flat drawings. For example, in water I transmit a wave; attentive viewers can see the swaying wind and convex snow mountains,” she said.

Rakhimberdiyeva noted that ancient Turkic symbols are a central theme of her paintings. She was particularly inspired by the characteristics they ascribed to wolves.

“Among the ancient Turks, the wolf was considered a sign of strength, valour and honour. When the leader won the battle to be distinguished among the military, he was presented with a wolfskin hat. So, people understood that this is a hero with whom the soul of Bozkurt (heavenly wolf) resides. And Bozkurt is an integral part of Tengri; he is like his son on earth… I portrayed Tengri wearing a wolf cloak to show their connection,” she added.