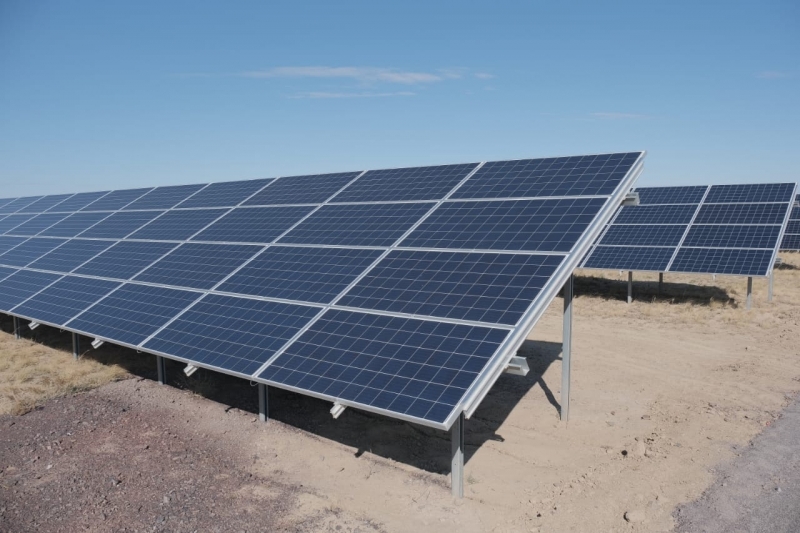 The Karaganda Region has become a leader in introducing renewable energy sources and the 50-megawatt plant is the region’s third solar power plant.

“We have one goal. This is the instruction of Kazakhstan’s First President, Nursultan Nazarbayev, to increase the share of alternative energy in Kazakhstan up to 30 percent. And we are confidently moving towards this. Today, we are launching the third large solar power station in the region. This project is very significant for the development of industry in our region. By developing solar energy, we not only overcome the shortage of capacities, but also solve environmental issues,” said Regional Deputy Akim (Deputy Governor) Almas Aidarov.

“This is the second solar power station that we are launching in the Karaganda region. These projects were made possible thanks to the joint efforts of German investors, the regional akimat and Kazakh Invest,” said the main investor, Joachim Goldbeck.

At the beginning of this year, the Karaganda Region signed a memorandum with European investors on the development of alternative energy. In the future, this will provide another 500 megawatts of solar energy and $548 million of foreign direct investment.

In the Karaganda Region two solar power stations are already operating in Saran and the village of Gulshat. Now all three sources can deliver almost 200 megawatts of green energy.

Solarnet Investment GmbH is an international company specialising in the turnkey construction of photovoltaic plants at the commercial, industrial and large-scale level.