NUR-SULTAN – Kuat Yessenov, a Kazakh now living in the United States and working for Google, was recently named one of Kazakhstan’s 100 New Faces for his extraordinary intellectual achievements as a child. 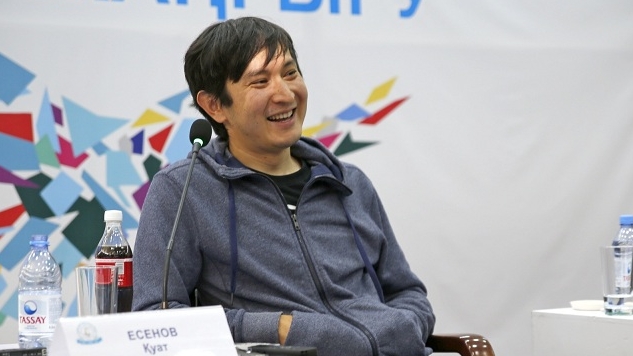 The 100 New Faces programme is a government project highlighting the personal stories of inspirational Kazakhs from all walks of life.

Yessenov was an extremely gifted child. He learned to read at age three and all school subjects came to him quite easily. From ninth-11th grade, Yessenov won six gold, one silver and one bronze medals at international mathematics competitions, reported BNews. His victories placed him in the Guinness Book of World Records as the child with the most mathematics Olympiad medals.

“The boy was gifted by nature,” said David Ganelin, one of Yessenov’s teachers.

A graduate of Pavlodar’s school-lyceum No. 8 for gifted children, Yessenov gained fame for his numerous victories in the International Mathematical Olympiad. He earned his first medal in Scotland in 2002 as silver medalist. He won the gold among young intellectuals from around the world a year later in Japan and again in 2004 in Greece. Journalists nicknamed him the Golden Boy.

“I really love my country. I come from Kazakhstan. I never forget about it. If I answer the question of what I miss in America, I’ll honestly say that I don’t have Kazakh hospitality and horse meat,” he said.

Yessenov advises young people who dream of working in foreign companies to start by learning English. He also believes the internet has the ability to provide everyone with an education.

“If your task is to get a job in a foreign company, then first of all you need to know English and have modern technology. The world has become open. In principle, all information is available; it can be found via the internet, it can be done both here and abroad. It’s all about motivation,” he said.