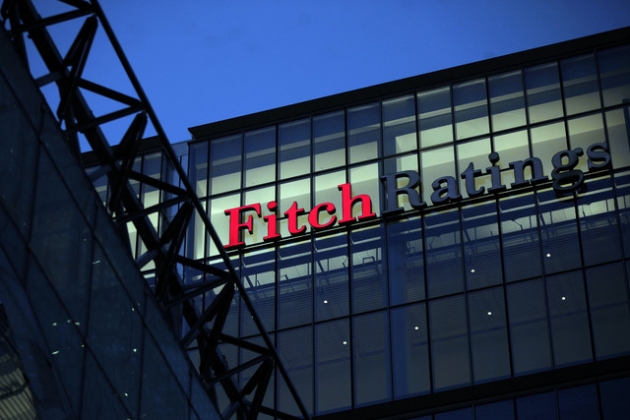 The report notes the political change in Kazakhstan, which unfolded since the resignation of Kazakhstan’s First President, Nursultan Nazarbayev, in March, was “orderly and prescribed institutional steps, without threatening social and political stability.”

Kazakh President Kassym-Jomart Tokayev won a “landslide victory” in June, said Fitch, and Nazarbayev’s policies will be continued, including the structural reforms and the increased social spending.

Nazarbayev, who remains the chairman of both the Security Council and the ruling Nur Otan party, will retain a “considerable influence.”

The Kazakh economy grew 4.1 percent in the first six months of 2019 supported by the growth in the manufacturing, construction and service sectors, said Fitch.

The agency expects growth will be 3.8 percent in 2019, compared to a 3.3 percent BBB median, underpinned by “robust domestic demand, fostered by government social measures and infrastructure projects in the construction, housing and transportation sectors.”

“Net exports contribution to growth will be lower in 2019 as oil production is dampened by maintenance work in the country major oil field and Organisation of Petroleum Exporting Countries’ limits. Fitch forecasts a moderate acceleration in growth to 3.9 percent and 4 percent in 2020 and 2021, helped by the planned expansion of the Tengiz oil field,” said Fitch.

The government budget is expected to record a 0.3 percent surplus of the gross domestic product in 2019 that will turn into a deficit in 2020-2021, fostered by lower oil prices and the expansionary fiscal stance, part of the Kazakh government’s policy priorities.

The increase in the spending will come from an increase in the wages, social benefits, cut in personal income tax and the recent adoption of a debt relief programme for low income borrowers.

The one-time debt relief is expected to target nearly 500,000 citizens, including large families, those that have lost their main breadwinners and those with children with disabilities, adults who have been disabled since childhood, recipients of state-targeted social assistance and orphans, children left without parental care under the age of 29 and those who lost their parents before they reached the majority age.

The state will repay debts up to three million tenge (US$7,772) and interest up to 300,000 tenge (US$772) in second-tier banks and microfinance organisations as a one-time, targeted financial assistance measure for each borrower from the above-mentioned categories.

In his first state-of-the-nation address delivered Sept. 2 at the Kazakh Parliament, Tokayev announced the government will exempt micro and small businesses from taxes on core activities for three years starting from 2020, gradually cut a quarter of civil servants from 2020 to 2024 and ensure the doubling of salaries raise for teachers over the next four years, starting with a 25 percent raise next year.

Fitch said Kazakhstan’s gross general government debt “compares favourably” with other countries in the ranking at a forecast 19.1 percent of the gross domestic product in 2019, compared to 39.4 percent in the current BBB median.

The country’s policy framework, however, is weaker than its peers due to “regular revisions to the budget targets and deviation from the fiscal rules adopted in 2016.”

Among the latest revisions, Fitch noted, were the increase in the non-oil fiscal deficit to 7.4 percent of the gross domestic product, against the initial target of 5.8 percent.

The monetary policy transmission is hindered by the shallowness of the domestic market, high level of dollarisation and the participation of the Kazakh National Bank in quasi-fiscal operations. Among these operations are the country’s 7-20-25 mortgage programme subsidised by the government and the debt relief programme.

“The agreement signed between the government and the National Bank in March reiterates the bank’s policy priorities of lowering inflation and preserving financial stability, but amends the reduction of the inflation target rate to 3-5 percent in 2022 from close to 4 percent by 2020 previously and provides for liquidity support to the banking sector by the National Bank to foster financing of government economic projects and consumer credit,” said Fitch.

Fitch projects the inflation rate will be 5.7 percent in 2019, compared to the National Bank estimates of 4 to 6 percent.

“We expect inflation to moderate to 5 percent in 2020 and 4.4 percent in 2021, supported by disinflation in Russia, which should result in lower import prices,” said Fitch.

High dollarisation also underscores the weakness of the country’s banking sector. Forty-four percent of the deposits and 18 percent of loans are in U.S. dollars.

The results of the asset quality review of the country’s 14 second-tier banks, which the National Bank started Aug. 1 and expects to complete by the end of 2019, might reveal the need for additional bank support and capitalisation.

“Further state support to the banking sector could be needed, after the government spent 4 percent of the gross domestic product in the bank recapitalisation in 2017, although we do not believe it would materially affect the sovereign balance sheet,” said Fitch.

The country’s key strength, noted Fitch, is the sovereign external balance sheet, where sovereign net foreign assets account for 45 percent of the gross domestic product in 2018, compared to 2.6 percent for the BBB median.