By Diana Vassilenko in Culture on 28 September 2019

NUR-SULTAN – The British Library in London hosted Sept. 25 a presentation of modern Kazakh poetry and prose anthologies, which were translated to English as part of the Contemporary Kazakh Culture in The Global World project. 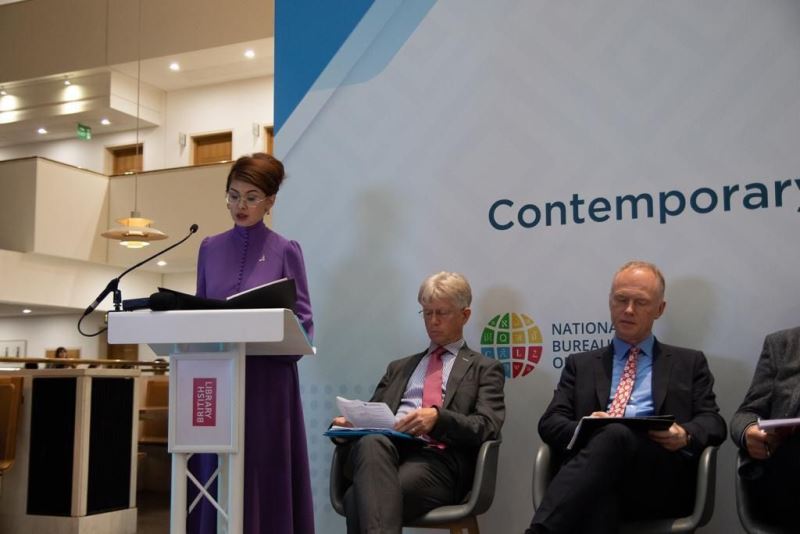 “The project Contemporary Kazakh Culture in the Global World focuses on long-term work. Our task is to introduce the foreign reader to Kazakhstan through the best works of modern fiction, in order to shape the country’s image in first person,” said Assistant to Kazakh President and Secretary of the National Commission for the Implementation of the Ruhani Zhangyru (Modernisation of Kazakhstan’s Identity) Programme Aida Balayeva.

As part of the project, modern Kazakh literature anthologies, which are 500 pages each and include works by 60 Kazakh poets and writers, are being translated into the six official languages of the United Nations: Arabic, Chinese, English, French, Russian and Spanish.

The Contemporary Kazakh Culture in The Global World project is part of the Ruhani Zhangyru (Modernisation of Kazakhstan’s Identity) programme, which seeks to preserve and popularise the country’s historical and cultural heritage. Balayeva said the programme’s “core idea is that, in the modern world, the competitiveness of a nation is determined by its cultural and intellectual potential.” 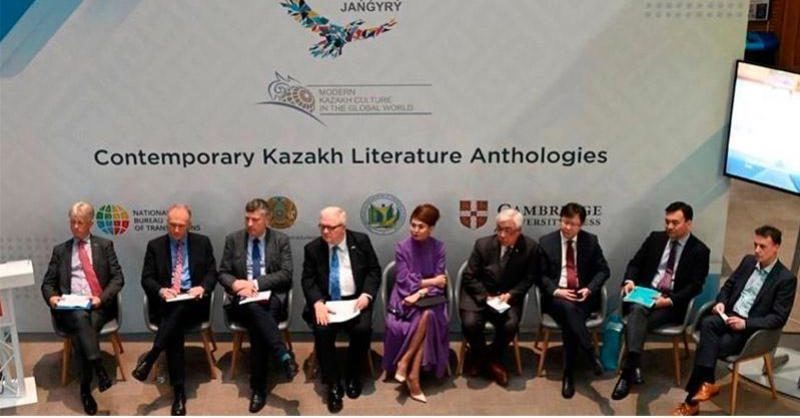 “The project was implemented with the participation of leading publishing organisations from the U.K., France, Spain, Egypt, China and Russia. The works will be distributed in more than 90 countries on five continents. This means that 2.6 billion people will be able to get acquainted with the best samples of Kazakh literature, which were previously inaccessible to the global audience. The high appreciation of the quality of publications that we already receive from specialists was made possible thanks to the support of our friends from Cambridge University Press and the British Council. On behalf of Kazakhstan and our authors, I would like to express my sincere gratitude to the partners,” said Balayeva at the presentation, reports inform.kz.

Apart from Balayeva, Ambassador of Kazakhstan to the United Kingdom Erlan Idrissov, Executive Director of the National Translation Bureau Rauan Kenzhekhanuly and Deputy Chairman of the Writers Union of Kazakhstan Akberen Yelgezek attended the event.

The English translations will be delivered to more than 8,000 libraries, universities and research centres in the United Kingdom, the United States, Canada, Australia, New Zealand and in another dozen English-speaking countries. Similar presentations of the anthologies in French and Spanish will also take place in Paris and Madrid in the near future.