By Nazira Kozhanova in Sports on 5 August 2019 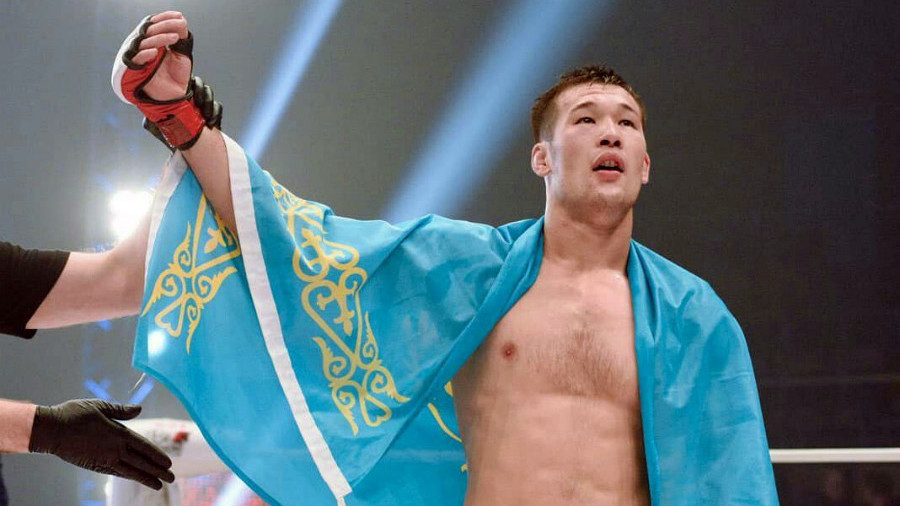 “The UFC is currently the number one (championship) in the world. Everyone who watches MMA wants someone from Kazakhstan to go there, to raise our flag, to win battles with dignity. The Kazakh people would like to see their fighters there. And I, myself, would like to get there. If we get to the UFC, then we will show good fights, the main thing is that the UFC allows its fighters to maintain good health and provides opportunities. We will try,” said Rakhmonov about his plans for the UFC fights.

“Shavkat became the first, but I’m sure he will not be the last representative of our country in the UFC,” wrote Abdrakhmanov in an Instagram post.

Rakhmonov’s latest fight, which became the main battle of the M-1 Challenge 102 tournament, took place in Nur-Sultan. His opponent was Brazilian fighter Thiago Varejao Lacerda. Rakhmonov finished the fight early, knocking out his opponent in the first round. Before the fight, Rakhmonov spoke highly of his opponent.

“He is one of the strongest in the M1. He is also one of the most dangerous fighters, at least in my career. I watched his fights, and they look good enough. He has a decent shock technique, he is physically strong. It is clear that he is a major fighter,” said Rakhmonov in his June 28 interview with Vesti.kz.

Rakhmonov also said he would proudly represent Kazakhstan in the UFC fights.

First Kazakh female MMA champion Maria Agapova also had a chance to win a UFC contract July 31, but she lost the fight to U.S. fighter Tracy Cortez, after three rounds with 26-30, 26-30, 27-29 points gained by Agapova and Cortez, respectively, each round. For Agapova, it was the first fight she lost, as previously she won six fights out of six.