By Yekaterina Yeliseyeva in International on 22 August 2019

NUR-SULTAN – Radiation levels in Kazakhstan after Aug. 8 explosion at a Russian missile testing facility, according to the Kazakh hydrometeorological service Kazgidromet’s tests, remain normal as the air masses from Arkhangelsk, where the explosion happened, have not reached Kazakhstan. 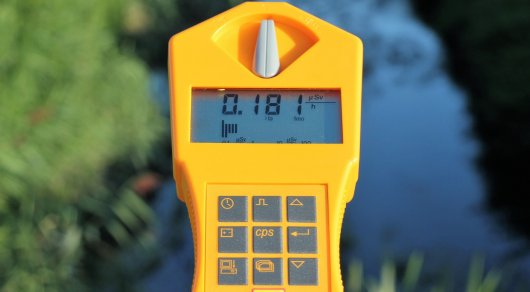 “The monitoring of the radiation background and radiation pollution of the surface atmosphere in Kazakhstan is carried out by measuring the gamma background (exposure dose rate) at 85 observation points and the beta-active deposition density at 43 observation points by continuous air sampling with horizontal filters five times a day and analysing in an accredited radiation laboratory in Almaty,” reported the Kazgidromet press service.

Four Russian nuclear monitoring stations have stopped reporting on the radioactivity after the explosion, which occurred Aug. 8 as a result of testing a liquid propulsion system at the Russian Ministry of Defence testing facility in the Arkhangelsk Region. The explosion caused concern about possible increases in radiation levels. Russia’s Ministry of Defence reported that two people were killed. The State Atomiс Energy Corporation Rosatom later announced the death of five of its employees. Both the military and local authorities said that the radiation background has not been altered.

“There is no threat there, and there is no increase in the (radiation) background either,” Russian President Vladimir Putin said about the situation in Arkhangelsk at the Aug. 19 press conference.

According to Kazgidromet tests, the radiation appeared to be normal in Kazakh regions close to the Russian border, namely, in the Aktobe, East Kazakhstan, Kostanai, North Kazakhstan, Pavlodar, and West Kazakhstan regions. The results of the laboratory analysis of the beta-active deposition density will be announced by Sept. 5.

“From Aug. 8-14, air masses from Arkhangelsk and Severodvinsk regions moved to the northern part of the Ural Mountains at a speed of approximately 12 km per hour and did not reach the territory of Kazakhstan. From Aug. 14-19, most of the territory of Kazakhstan was influenced by the warm air masses that travelled from the regions of Iran through Kazakhstan and further to western Siberia,” the Kazgidromet press said.