By Saltanat Boteu in Business on 13 August 2019

NUR-SULTAN – This year marks the 120th anniversary of the start of oil production in what is now Kazakhstan. Over more than one century, Kazakh oil production technology and infrastructure have experienced great change. PetroKazakhstan’s veterans recently shared with The Astana Times their experiences witnessing the growth and development of Kazakhstan’s oil sector. 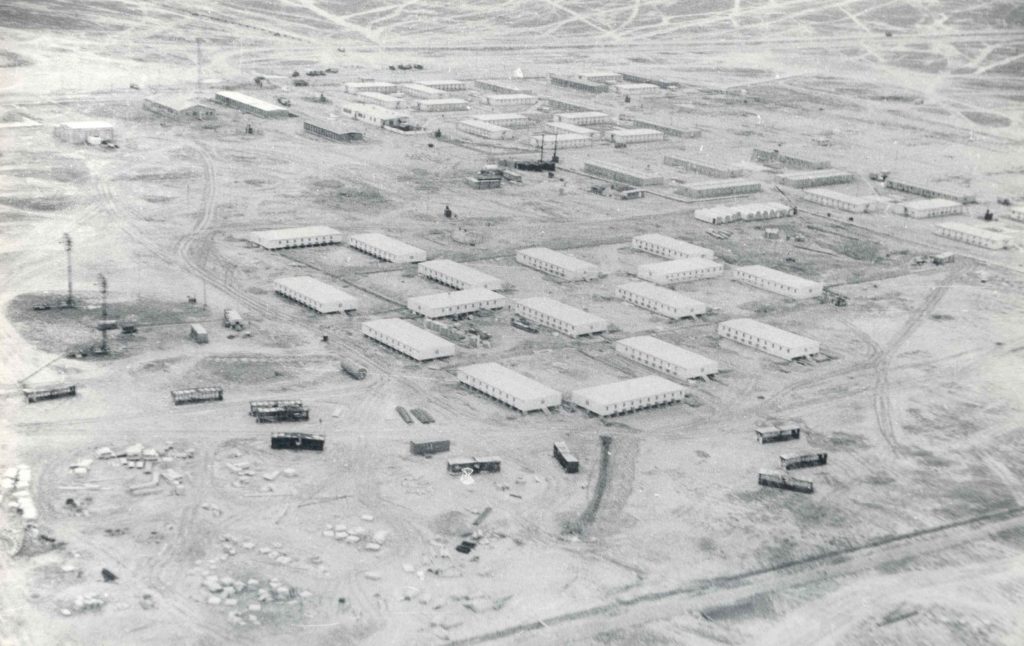 A representative office of the Soviet Union geology department opened in Kyzylorda in 1927, laying the foundation for oil production in Kazakhstan. In 1982, Yuzhkazgeologiya, Kazgeophysica and the Institute of Geology and Oil of the Kazakh Soviet Socialist Republic’s Academy of Sciences developed a programme for comprehensive exploration in the South Turgai Basin. 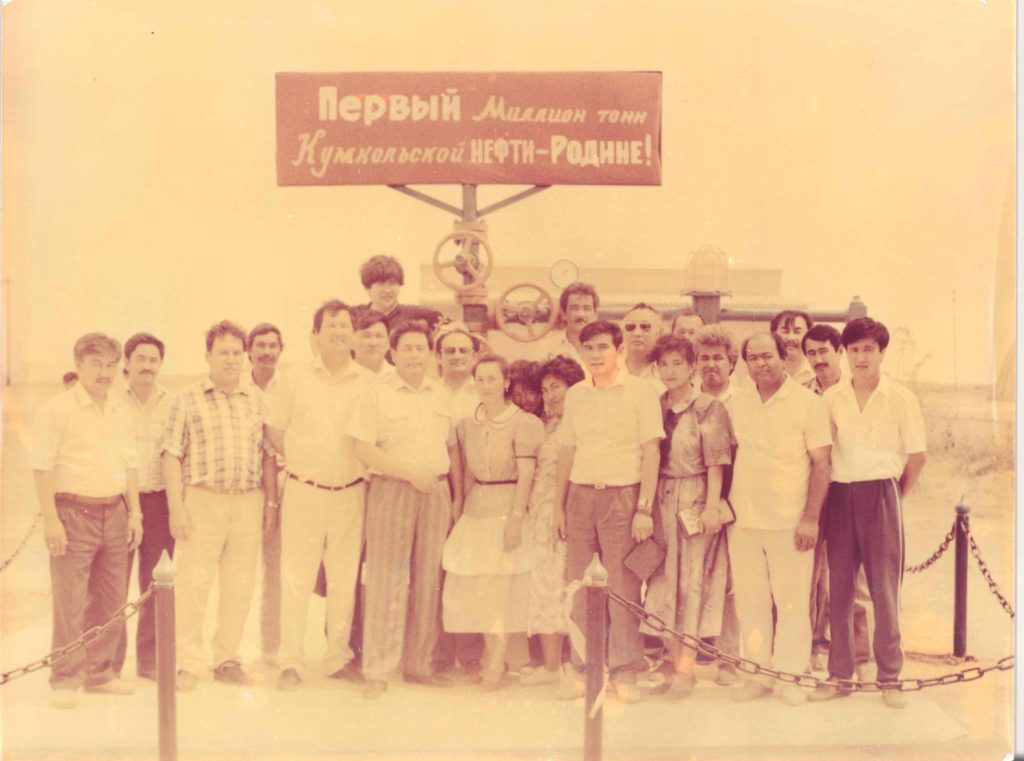 One of the first oil fields of the company was Kumkol. Its first deep well was drilled in 1983, and a year later, the explorers opened the first oil fountain. In June 1987, the first oilrig was built in Kumkol. In winter, the company founded the Kumkolneft Oil and Gas Production Department headed by Murat Salamatov with the support of chief engineer Zhenis Zhalgasov and chief geologist Kenkhan Aidarbekov.

Although the newly found oil field lacked infrastructure and cadres and had harsh climate conditions, Salamatov managed to develop it earning the name of “oil general.” Kumkol was put into operation in two years instead of the standard 10 years usually required for the development of the field.

“The history of Kumkol’s formation does not cease to amaze everyone who somehow connected their fate with it. What happened at the stage of its development can now be illustrated only with great imagination. Ascetic life in trailers and yurts, work in a piercing frosty wind and under a blazing sun, with sand and salt on the lips, but with a single and ardent desire to open inaccessible subsoil. All this united our team of pioneers, and sometimes it seemed that the hearts of these selfless people could themselves melt the subsoil,” said Salamatov.

“In parallel with the development of Kumkol, large-scale exploration work was launched at dozens of fields,” remembered Technical Director Galym Baimanov. 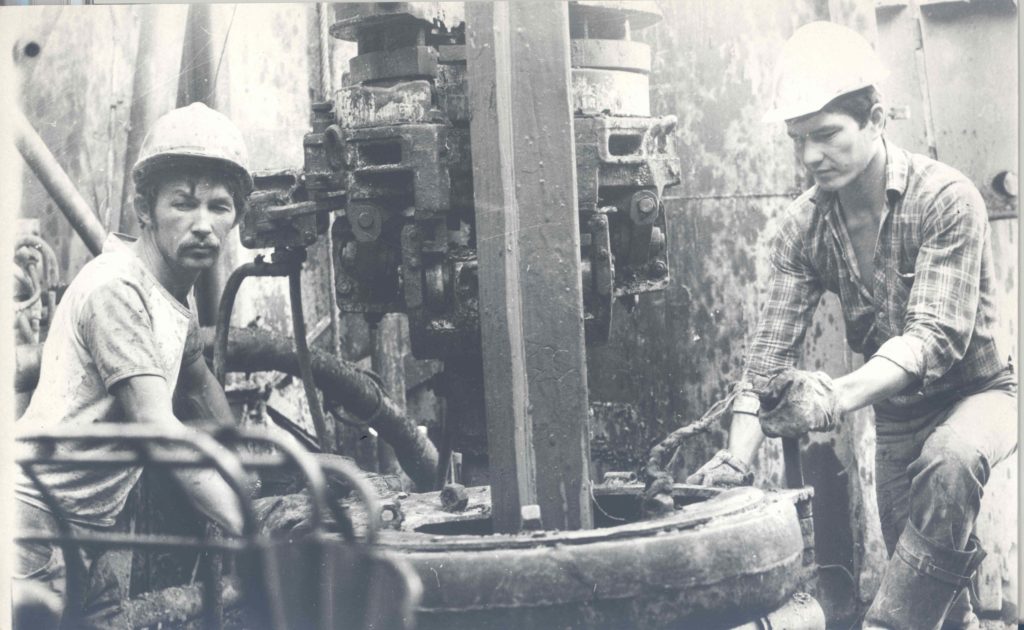 The company created infrastructure, including roads and oil pipelines in the field, and housing and other conditions for workers that are still used.

“First, the village for 40 places was built, then for 120. Finally, for 600 and a canteen, a gym and other facilities. In the city, the Munaishy microdistrict was erected. All this worthily serves today,” recalled PMK-4 Head Marat Kozhabekov.

“We drafted a plan for the 190-kilometre Kyzylorda-Kumkol highway, which cost $90 million,” said Murat Uderbayev who had served as the Road Management Administration Director during those times.

In 1995, Kazakhstan’s First President, Nursultan Nazarbayev, visited the field and stressed that hydrocarbons would bring the region prosperity and security, recommending reaching commercial levels of production of at least three million tonnes of oil a year as soon as possible. In 1996, the field reached that goal and in 2000 increased it to five million. The company employed more than 4,500 people in a region with the population of 610,000.

In 1996, the Kazakh Cabinet of Ministers issued a resolution to sell the company to Hurricane Hydrocarbons Limited. In 1997, it was renamed Hurricane Kumkol Munai and in 2001 its name changed again to PetroKazakhstan Kumkol Resources. In October 2005, the Chinese National Petroleum Company (CNPC) and KazMunayGas purchased 67 and 33 percent of the company’s share respectively.

According to the oil industry veterans, in the last 20 years the sphere changed significantly covering technologies, infrastructure and the quality of cadres.

“The quality of sector management has improved; and we are seeing new, more promising oil and gas transportation routes. New fields similar to Kashagan were discovered and developed, about which we could only have dreamt as before we didn’t have the people and finance for that. Innovation has reached some amazing levels, for example, the KazTransOil IPO has raised the oil industry’s image to the highest global level,” said Abdullah Abenov, who worked for years in the company and retired as the company’s deputy chair of the Board for Capital Construction. He has 34 years of work experience in the industry.

“There was a time when we didn’t even have enough computers. Thanks to the implementation of new programmes, approaches and techniques, we have been able to raise production to the highest level. Today, specialists need to be very highly qualified, which can open many doors for youngsters,” said Zhalgasbai Agimanov, an advisor at the company’s Exploration and Development Department, Scientific Research Project Institution, who has 40 years of work experience.

“During the first oil production years at South Turgai, all associated gas was flared, which generated a negative reaction from the state authorities and public… Due to the criticism, every member of the oil team felt like an outcast, responsible for harming environment and putting the public at risk. This is when the question of accelerating gas utilisation became an issue. We developed and approved a programme to generate electricity using gas turbines powered by associated gas and reinjecting associated gas back into the strata, which created opportunities for additional oil production through the maintenance of seam pressure. The project was implemented in a very short period of time, 18 months to three years, which helped PetroKazakhstan save significant funds and resolve its main ecological issues in the region,” said Abenov.

“PetroKazakhstan’s achievements as one of the leading oil companies in the region are the result of many years of hard work by all generations of our employees. I am proud of my contribution to the company’s development in discovering and developing the first oil fields,” said Agimanov.