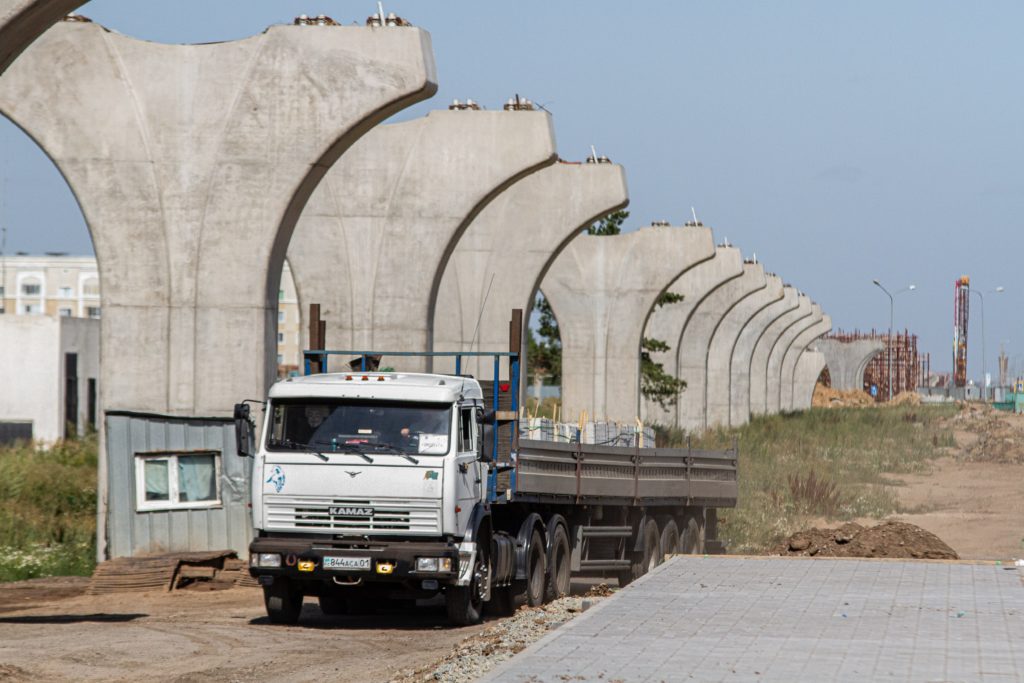 The city reduced the allocation for the project from $1.8 billion to $1.45 billion.

Kulginov also said the reduction cut the number of stations from 18 to 11 and increased the train interval from three minutes to ten minutes.

Officials will also consider reducing the rolling stock from 19 to 12 units, which can save approximately $40 million.

“As a result, the measures can save $1.2 billion, over $800 million was saved for servicing the project loan and $350 million in construction and installation works. Given these changes, we consider it appropriate to continue the construction project,” said Kulginov.

The news comes a few months after the city akimat announced a temporary suspension to the project.

Kazakhstan and the Chinese State Development Bank agreed in 2015 the bank would provide a $1.5 billion loan to build the system. The signing of the agreement was then witnessed by Chinese President Xi Jinping and the First Kazakh President Nursultan Nazarbayev.

All contractors were from China as well. The funds were taken by Kazakhstan for 20 years at 2.5 percent per annum. Nearly $344 million of those were used and $257.6 million were frozen at the Bank Astana that was liquidated in 2018.

Officials then said the postponement is due to the delay in a supply of the loan from the Chinese Development Bank.

“The LRT construction in Nur-Sultan city has really dragged on and it is being built not for the first year. The problem is that the first tranche funds loaned for the construction have remained in the liquidated Bank Astana. The city akimat, National Bank and the Ministry of Finance are working to get those funds back,” said Kazakh Deputy Prime Minister Zhenis Kassymbek in his July statement.

Kulginov said the international obligations, the capital demand in an alternative transport and the volume of the work done to prepare the infrastructure were among the key factors behind the decision to resume the project involving the investments from inside the country.

The network will connect the city’s international airport, the EXPO 2017 area, Nazarbayev University, Abu Dhabi Plaza and the House of Ministries. It will terminate at the new railway station. Nearly 500,000 people are expected to live in this area by 2030.