NUR-SULTAN – Kazakh schools are moving closer to digitisation, as schoolchildren will have the opportunity to study with electronic books starting Sept. 1, the beginning of the school year. 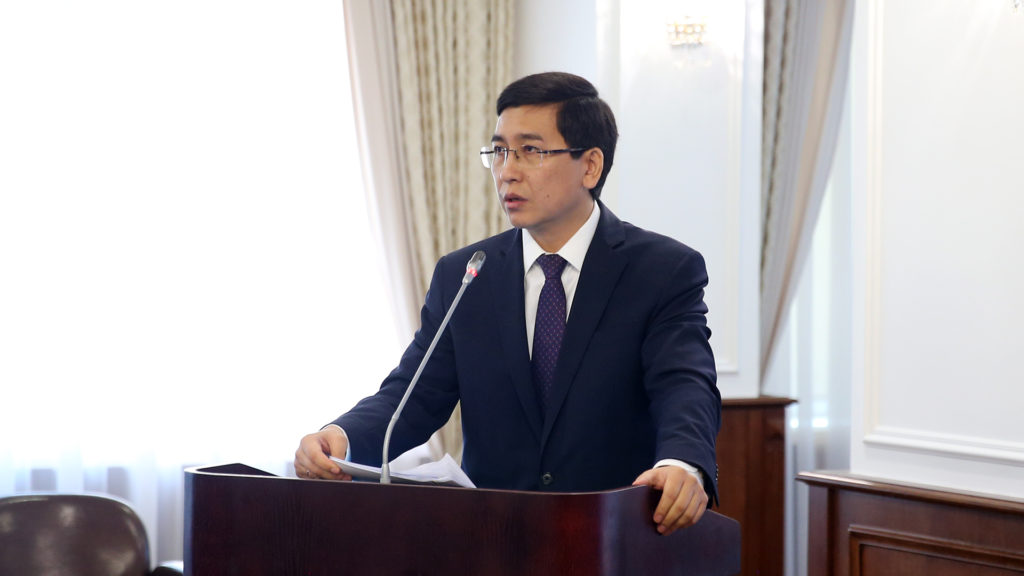 “Parents and children can download the books at the website of the ministry,” said Minister of Education and Science Askhat Aitmagambetov at an Aug. 13 government meeting.

The decision whether to use electronic or print textbooks rests with the children and their parents.

“It is important to understand one thing here – print textbooks will remain. All children should have them, but another thing that the ministry is saying this year is that it is the choice of parents,” he said.

“In the instructive and methodological letter, we explained this in detail. If the children, their parents or representatives want to use them, then no one should say that it is not allowed. He or she can come with either a tablet, electronic book or laptop. This is their personal choice and we give the opportunity,” he added.

More than three million children will attend school this year, including 405,000 first graders. The figure is 20,000 higher than the previous year, the result of the recent law that obligates children to go to school at age six.

The ministry is monitoring print textbook delivery to schools nationwide. Aitmagambetov noted 47 percent of the books have been shipped and the rest will be in schools by opening day.

Fourth, ninth and tenth graders will study the revised curriculum, part of Kazakhstan’s effort to steadily transition to a 12-year school system.

Forty-four percent of Kazakh schools were built before 1980, said Aitmagambetov. Renovations were completed this year on 6,678 buildings; major overhauls have been finished at 129 schools and are ongoing at 194.

The state budget is also financing construction of 115 new schools, 57 of which will be commissioned this year.

Aitmagambetov noted work has begun to introduce per capita normative financing in private schools, defined by law as the “standard of financial support of guaranteed state tuition fees at all education levels.”

“Before the introduction of per capita financing norm, there were 121 private schools and, to date, there are 146. Since January, the national budget has envisioned the funds to place procurement orders in all private schools in the country,” he said.