NUR-SULTAN – Investment in Kazakhstan’s housing sector through the Nurly Zher housing programme increased 15.5 percent in the first six months of 2019 compared to the same period in 2018, Kazakh Minister of Industry and Infrastructure Development Roman Sklyar announced recently. Total investment through the programme through the end of June was 605.7 billion tenge (US$1.57 billion). 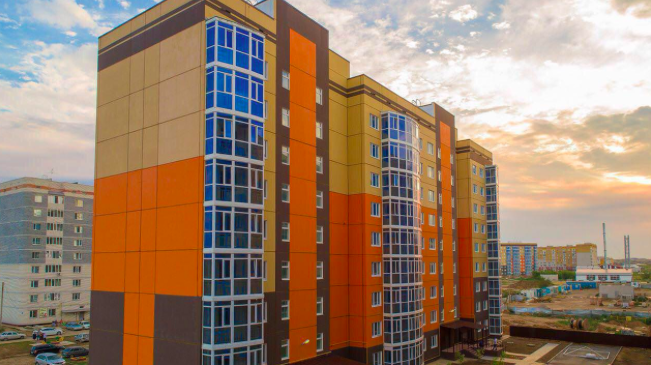 The Turkestan, Kyzylorda, Almaty and Kostanai Regions are the country’s leaders in housing construction.

The constructed rental housing is provided for long-term rental without the right of redemption to socially vulnerable segments on the lists in the akimats in order of priority.

Low-income families can apply for preferential lending at a two percent annual rate given by Kazakhstan’s Housing Construction Saving Bank. The bank has received 50 billion tenge (US$130 million) for this purpose.

Sklyar said the plan is also to commission 6,000 apartments for citizens on the waiting list and, as of July, 924 apartments were commissioned.

Fifty billion tenge (US$130 million) will go to the construction and purchase of the leased housing for large families nationwide.

The government is working to present the new Nurly Zher programme that will be in effect until 2025. The revised programme, which is expected to be adopted by the end of 2019, will take into account heating, water supply and wastewater disposal, communal sector modernisation and housing renovation.