By Diana Vassilenko in Sports on 26 August 2019 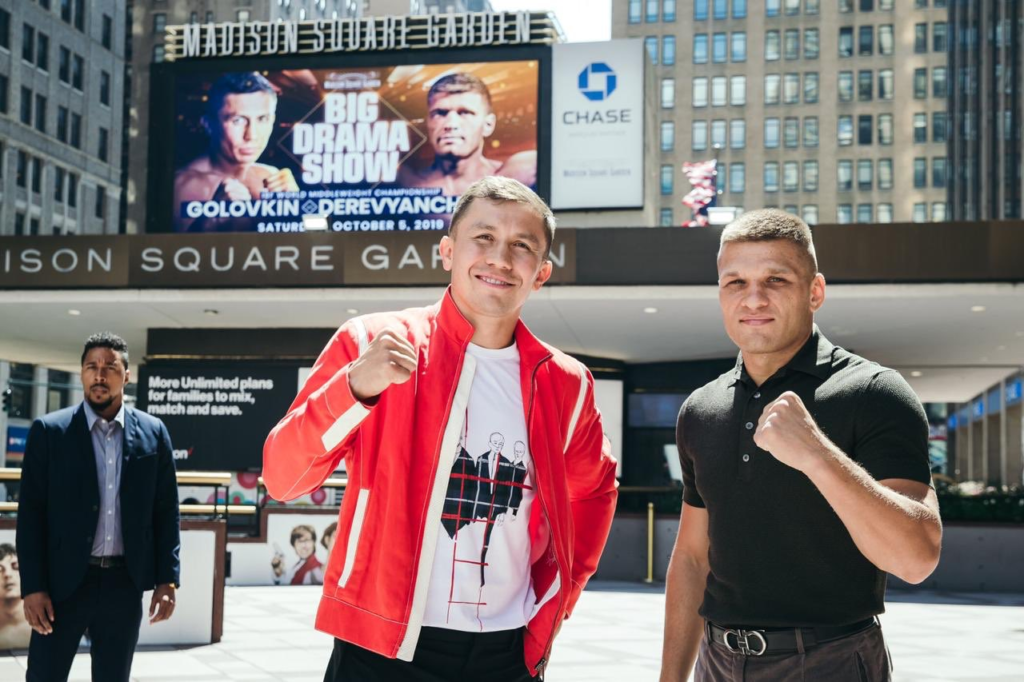 “Everyone knows that I consider Madison Square Garden as my home away from home, and there is nothing better than fighting there again. It is old school,” wrote Golovkin in an Aug. 21 Tweet. “On Oct. 5, it’s going to be a good fight. Every time I enter the ring, I try to give my fans the fight they want to see, the show they deserve. This will be such a fight. We will bring back the big drama show to the ring of the Garden and to DAZN. Don’t miss it. You will see everything you love in the sport of boxing. See you in New York.”

He won the IBF belt in Oct. 2015, stopping David Lemieux in the eighth round of an HBO event at MSG. He defended it three times before being stripped in spring 2018, after Canelo Alvarez pulled out of a scheduled rematch in May. Derevyanchenko (13-1, 10 KOs) was his mandatory fight.

Golovkin failed to make the defence and faced Vanes Martirosyan instead in a short-notice bout on May 5, which was not sanctioned by IBF as a title defence. Derevyanchenko fought Daniel Jacobs for the vacant title in Oct. 2018, losing a split decision at MSG. Jacobs then faced Canelo this past May in a unification, losing the belt to Alvarez. Meanwhile, Derevyanchenko had beaten Jack Culcay in an eliminator on April 13. After Alvarez and Derevyanchenko failed to come to terms, the IBF stripped Canelo of his title, the match of Golovkin and Derevyanchenko was determined, according to Bad Left Hook journalist Scott Christ.

“I’m very excited that my team has secured another opportunity for me to fight for the middleweight championship of the world,” said Derevyanchenko. “I have a great deal of respect for GGG and I am looking forward to proving in the ring that I will be up to challenge and fulfil my lifelong dream of becoming a world champion.”

The clash of the champions will be live on DAZN, the sports streaming platform.