By Diana Vassilenko in Tourism on 9 August 2019

NUR-SULTAN – Kazakhstan’s first and only low-cost airline FlyArystan, which launched its first flight May 1 from Almaty to Nur-Sultan, recently carried its 200,000th passenger. 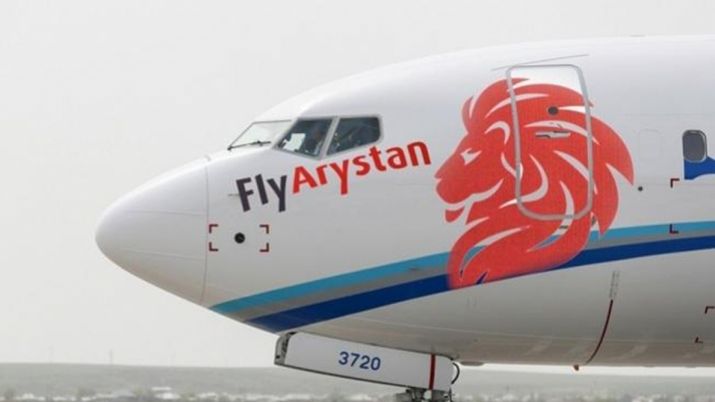 The airline also reported the passenger load factor has been 94 percent, and 93 percent of the airline’s flights have been on time. More than half of the tickets sold were sold for less than 10,000 tenge (US$26.03).

“One of the main features of low-cost operations is higher aircraft utilisation with multiple take-offs and landings each day, which means less time on land in airports. Owing to this, we manage to operate up to 14 flights per day on two Airbus A320 aircraft. After increasing the FlyArystan fleet to four aircraft in the fourth quarter of 2019, we plan to significantly expand the company’s route network. That will mean even more low fares to more cities on more routes across the country,” said FlyArystan Sales and Marketing Director Janar Jailauova in a company press release.

The airline, which has started with roundtrip flights from Almaty to Nur-Sultan, which operate twice a day, currently offers roundtrips from Almaty to Karaganda, Pavlodar, Shymkent, Taraz and Uralsk. The FlyArystan fleet consists of two Airbus 320-232 aircraft in a configuration of 180 seats, with an average age of six years. The airline plans to carry at least a million passengers by the end of 2019. By 2022, the airline plans to increase the fleet to at least 15 aircraft, which will be based in multiple Kazakh cities.

The prices depend on the seat, the type and weight of luggage, the ability to change or cancel booking for free and whether one selects priority seating. The prices also depend on the proximity of the destination, with tickets to and from Taraz starting at 3,999 tenge (US$10.41), and tickets to and from Uralsk starting at 12,999 tenge (US$33.83) one-way, including fees. Meals and drinks can be purchased on-board and will be discounted if pre-ordered online.