By Saltanat Boteu in International on 13 August 2019

NUR-SULTAN – Participants of the Aug. 12 first Caspian Economic Forum discussed economic ties among Caspian littoral countries in trade and tourism as well as infrastructure development around the inland sea. 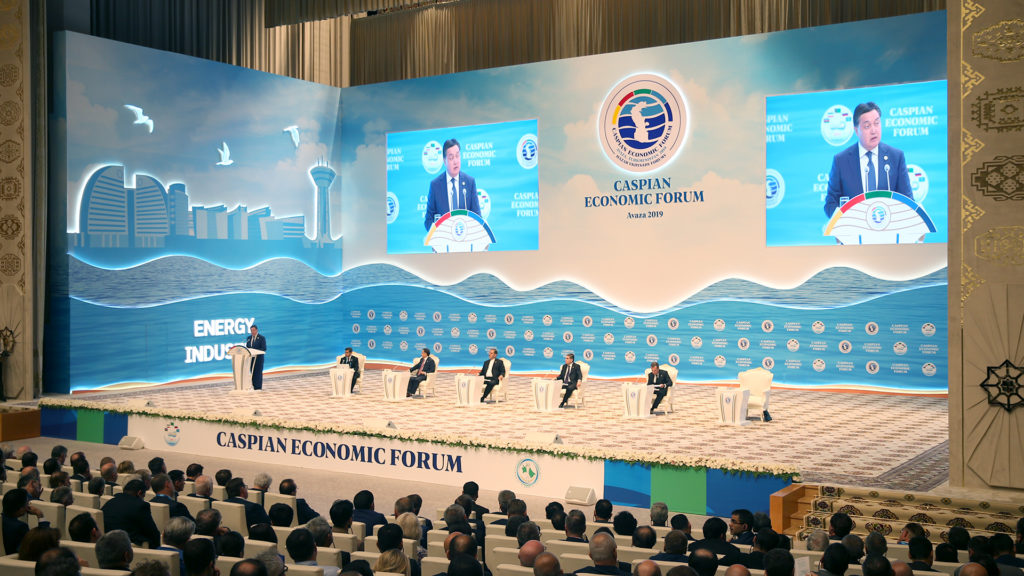 The forum took place at the Avaza resort in Turkmenistan and gathered more than 3,000 politicians, diplomats, business people, environmentalists, scholars and journalists from around the world. It was the first time representatives of Kazakhstan, Russia, Azerbaijan, Iran and Turkmenistan had met in the five-sided format after signing a convention on the legal status of the Caspian Sea Aug. 12, 2018, in Aktau, Kazakhstan.

“We are all like-minded people, united by the importance of a multifaceted and systemic dialogue on the development of the Caspian region, determining the prospects for international cooperation in the Caspian… Today, the objective interests of not only coastal, but also other states are concentrated here, due to the fact that the Caspian region is a large natural source of hydrocarbon resources, a continental-scale transport and transit hub, a promising territory for expanding international trade,” said President of Turkmenistan Gurbanguly Berdimukhamedov in his welcoming speech, as reported by sng.fm.

The meeting of the Caspian littoral countries’ ministers of economy took place at the Berkarar Hotel, where representatives of Azerbaijan, Iran, Kazakhstan, Turkmenistan and Russia discussed cooperation in trade, free trade zones and the regulatory framework.

At a similar meeting of the transport ministers, they discussed developing international freight traffic, increasing exports and diversifying transit freight flows to the markets of other regions. 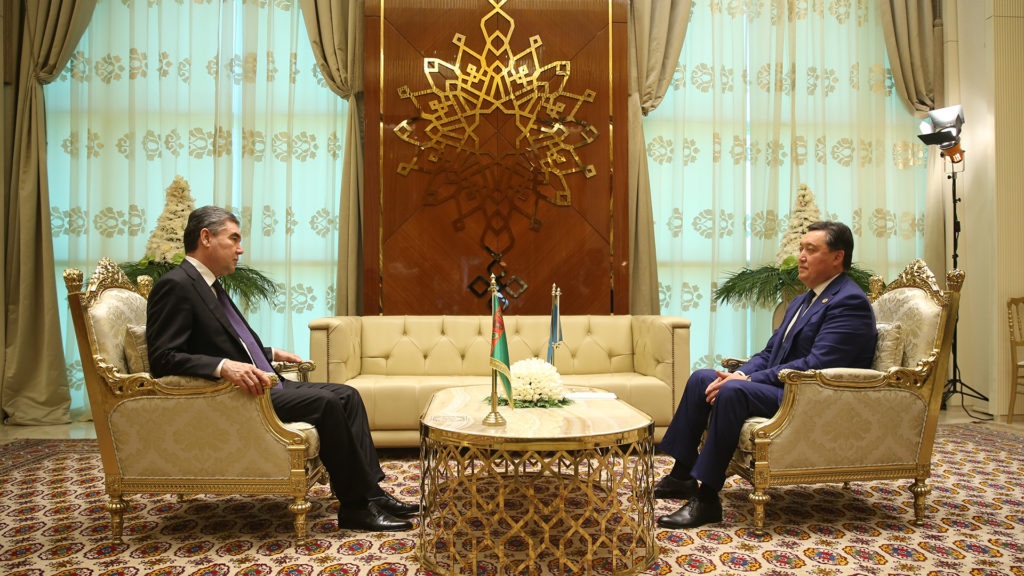 As a part of the forum, Kazakh Prime Minister Askar Mamin met with Berdimukhamedov to discuss trade and economic cooperation. They emphasised the importance of deepening cooperation between border regions and noted the potential to expand bilateral cooperation in engineering, chemical industry, metallurgy, agriculture, tourism, transport and gas, reported primeminister.kz.

Mamin stressed the need to create conditions to attract investment into the region, including using the Astana International Financial Centre and existing agreements on free trade zones. He made suggestions to improve transport systems and the efficiency of multimodal transportation and to develop tourism in the Caspian Sea.

Mamin also said more work is needed to preserve the Caspian Sea’s ecosystem, including introducing clean technologies through the International Centre for Green Technologies and Investment Projects, established in Kazakhstan on the premises of former EXPO 2017.