By Nazira Kozhanova in Culture on 29 August 2019 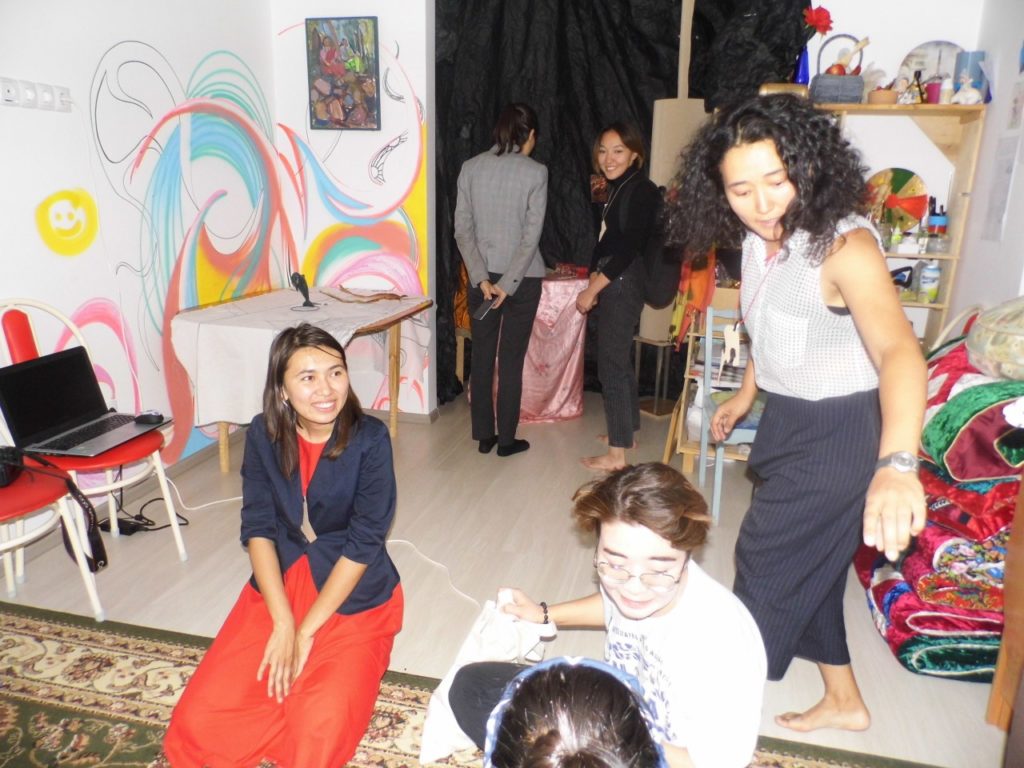 “We hold informal exhibitions in apartments and workshops, where we will have the opportunity to be the first to get acquainted with the work of the authors! ‘Hard’ or ‘funny’ everyday life, the pangs of creativity, thoughts about reality and maybe even the most secret secrets and thoughts of the artist are revealed in the zone of everyday ‘living’ of the creators!” said exhibition organiser and art curator Aigul Ibraeva on Platforma.projectroom’s Instagram page.

The artists provided exhibit visitors with the exhibition locations, giving them the chance to not only view the works but also interact with the artists and see where the art was born.

The series opened Aug. 20 with the Animal Human exhibition featuring artists Al-Mina, Aigerim Ospan, Maya Sagymova, Madina Sargali, Aisulu Shaikenova and Aruzhan Zhumabek. They were invited to reflect on the similarities and differences between animals and humans with Zhumabek’s new media art installation featuring blood and flesh and Sagymova offering visitors the opportunity to drink tea with her as a part of the installation.

The exhibition continued the following day with Crazy Games presented by Meirman Ilyasov and Danila Lebedev. Their works celebrated female beauty by featuring portraits of women who don’t consider themselves to be beautiful. They also provided guests with the opportunity to see the rest of their works in the basement.

Day three featured “To the road!” with works by Anastasiya Zharko. She presented her recent wall mosaic project and hosted a discussion on mosaics in Soviet and contemporary monumental art.

Apple Orchard, featuring Aidana Kulakhmetova’s works, was presented Aug. 23. She hosted a discussion on bees and their role in preventing possible environmental disasters, played her favourite vinyls and offered guests an apple pie to commemorate the topic.

The series wrapped Aug. 24 with a showing of short movies by emerging directors hosted by the Art family studio art space. Kadmy Kyzyl featured “The Silence of the Steppe. S.O.S” on developing the Kazakh civil society. Sanzhar Amansugurov showcased his two recent films, “Aiya” and “Leya.” Yelizaveta Novikova presented “Mandarinki” and Alibi Mukushev showed his “Once upon a time in the N city.”