By Nazira Kozhanova in International on 23 August 2019

NUR-SULTAN – Ministers of foreign affairs  from the five Central Asian nations and a top U.S. diplomat  met in Nur-Sultan Aug. 22 to discuss regional security and economic cooperation with the United States. 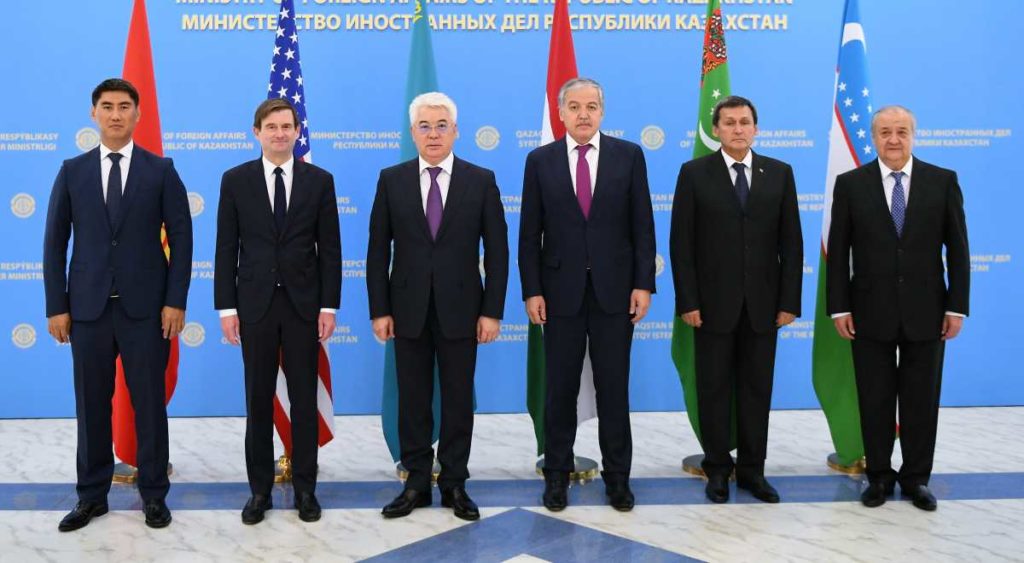 The first session of the meeting, known as C5+1, discussed avenues for economic security and partnership. U.S. Under Secretary of State for Political Affairs David Hale moderated the session.

“Ensuring the sustainable development, stability and prosperity of this space (Central Asia) is our common achievable task. That is why Kazakhstan has always sought to establish effective regional cooperation in the context of globalisation and the challenges and threats we face,” said Atamkulov, reports KazInform.

“Regional security is unthinkable without bilateral diplomacy and international partnership, therefore, the C5+1 format is an important tool for ensuring security and sustainable economic development of our region. The American strategy for cooperation with Central Asia today, aimed at supporting intra-regional ties, transport corridors, implementing infrastructure projects and ensuring regional security, today fully complies with the interests of the countries of the region,” said Atamkulov, as reported by the KazInform news agency.

The group also reaffirmed their support for ongoing C5+1 meetings and, according to the U.S. Department of State, the United States characterised the meetings as a valuable forum to address common challenges and to strengthen the sovereignty, independence and territorial integrity of the Central Asian states. The group also reviewed plans for the next ministerial C5+1 meeting and proposed activities for the C5+1’s security, economic productivity and environmental working groups.