By Zhanna Shayakhmetova in Culture on 7 August 2019

NUR-SULTAN – Local musicians will present famous and rarely performed works by Kazakh, foreign and contemporary classical composers this August at the chamber hall of the Astana Opera House in the capital. 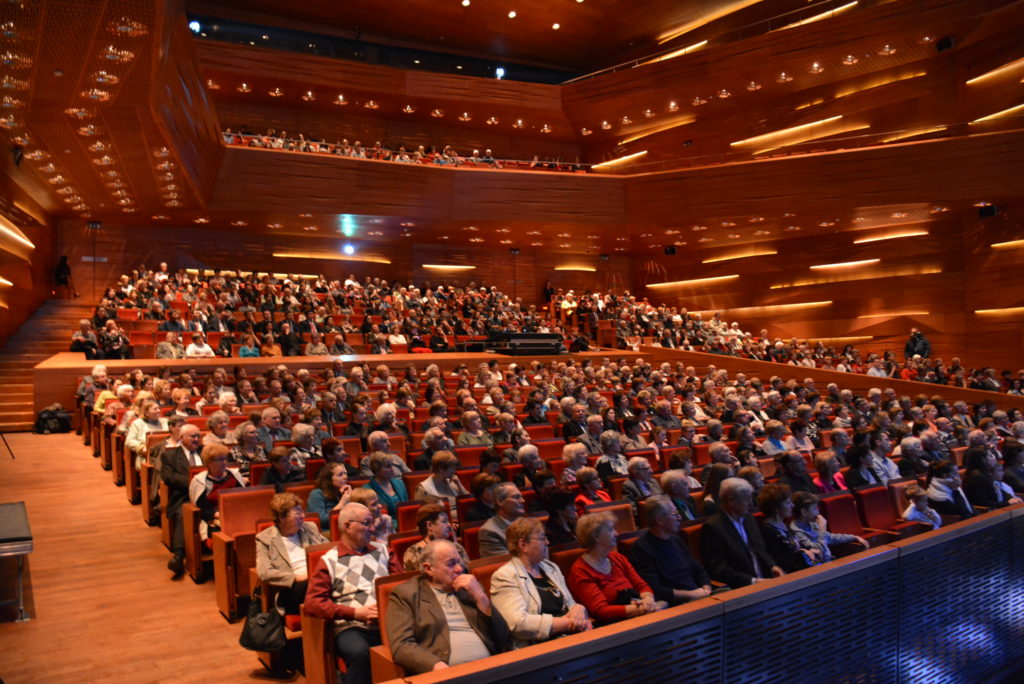 Abilseitova is a graduate of London’s Royal Academy of Music who performs in Kazakhstan and Europe as a soloist and a chamber ensemble musician.

“A woman is one of the main characters in global arts. Great painters, poets and composers of all times dedicated their works to women. The folk ensemble and soloists perform popular Kazakh folk songs and vocal masterpieces written by Shamshi Kaldayakov, Mynzhassar Mangitayev, Ilya Zhakanov, Nurgisa Tlendiyev, Yerkegali Rakhmadiyev, Yeskendir Khassangaliyev, Tolegen Mukhamejanov and many others,” reads the release.

Karaganda Academic Theatre of Musical Comedy will stage performances at the main hall Aug. 17 and 24 as part of its tour.

The theatre’s company staged performances in Italy, Spain, Russia, Uzbekistan and the cities of Kazakhstan as part of the Rukhani Zhangyru programme.