By Zhanna Shayakhmetova in Business on 4 July 2019 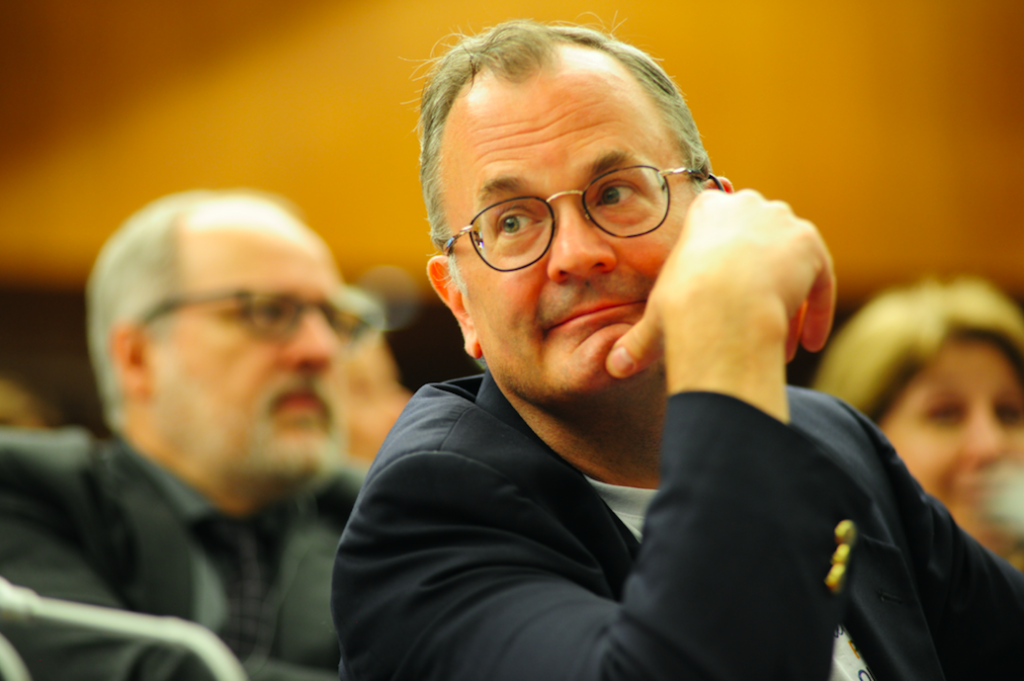 A delegation headed by WTO Deputy Director General Karl Brauner recently met in the capital with foreign diplomats accredited in the country and discussed organisational issues related to the upcoming event with the Ministry of Foreign Affairs. During the visit, The Astana Times spoke with WTO spokesperson and Information and External Relations Director Keith Rockwell about the importance of the conference and how WTO membership contributes to promoting investment.

“We were very impressed with the facilities. The people who are working there have been extremely kind and hospitable to us. We’ve been very impressed by what we’ve seen,” he said.

Rockwell said the conference is significant for Central Asia as it can boost trade within the region.

“We will have many business organisations as well as journalists coming to our ministerial conference. It’s an opportunity to display all the wonderful things that the country has to offer both for business and tourism for all kinds of relationships that might emerge going forward. It might be some kind of a catalyst for sectors of the economy. Kazakhstan now puts forth efforts to attract foreign direct investment. The Nurly Zhol programme is designed to diversify the economy, small-medium sized companies and to help women get more active in the economy. The conference can lead to lots of exchanges of ideas and possibilities. When you bring people together from all over the world, a lot of good things can happen,” he said.

The conference is coming “at a very tense time,” he noted, and Kazakhstan has a history of being able to bring nations together and understand the perspectives of large countries.

“The Silk Road went through Kazakhstan and trade is a part of the historical DNA of the country. But perhaps the event might create new trade, business and investment opportunities as well as to show the facilities of this impressive city,” he said.

“What we saw was that that $335.9 billion worth of trade was affected by these trade restrictive measures, which is the second highest total we’ve ever seen. The only higher total came the previous six months. In the last 12 months, among G20 countries we have seen almost $820 billion worth of trade has been restricted by various measures that have been applied. This is the reason why we have reduced our trade forecast and our trade expansion forecast to 2.6 percent for this year, which is below the historical trend,” he said.

“Just two years ago, we grew trade at 4.6 percent. Last year, it was at 3 percent. We’re seeing that there is a strong downward pressure on trade, which is having an impact on the global economy,” he said.

The WTO and trade trading system reform is also an important issue. Multilateralism is “under some strain,” Rockwell noted, because the system needs to be strengthened and modernised, as the world has changed a lot. Now, electronic commerce and digital trade shape the future.

“This creates tremendous opportunities for entrepreneurs. They can go online rather cheaply and find new markets, customers and suppliers. The fact that these small and medium-sized enterprises are trying to get into trade more now is something that our members are very cognizant of and they want to try and create a trading system where it’s easier to do this. This means reducing trade costs and making the process more transparent. The discussions are underway about removing bureaucratic red tape,” he said.

Creating an environment in which business can thrive while at the same time preserving elements of domestic policy is not easy.

“One of the objectives is to try and create global rules so that people and small companies will understand what they have to do in order to do business,” he said.