By Dilshat Zhussupova in Business on 10 July 2019 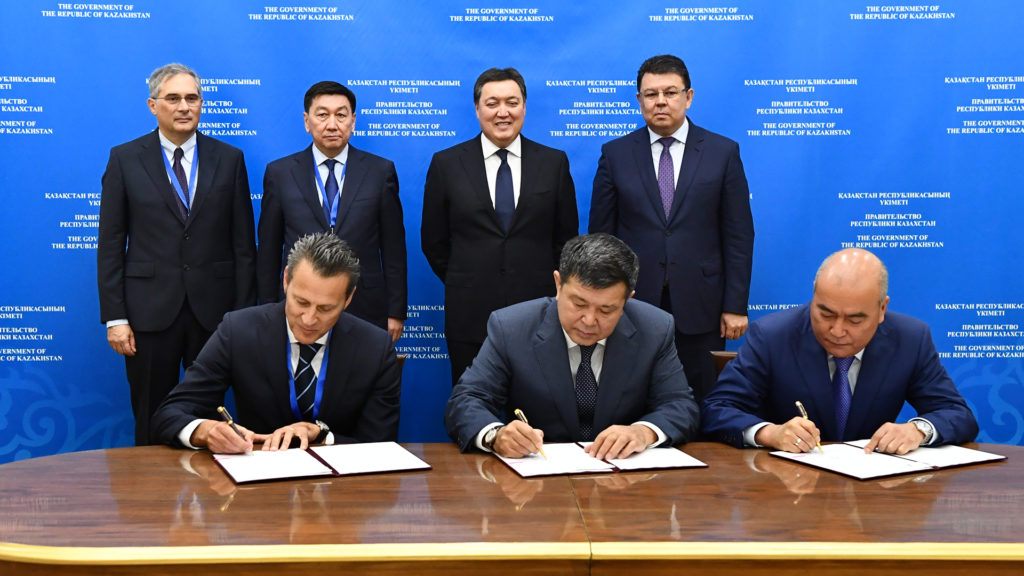 Kazakh Prime Minister Askar Mamin met July 4 with President of Total Exploration and Production Arnaud Breuillac to discuss cooperation in the oil and gas sector. They discussed oil and gas production, technology transfer, renewable energy and the North Caspian Project in Kazakhstan, with Mamin emphasising the importance of social projects and job creation. 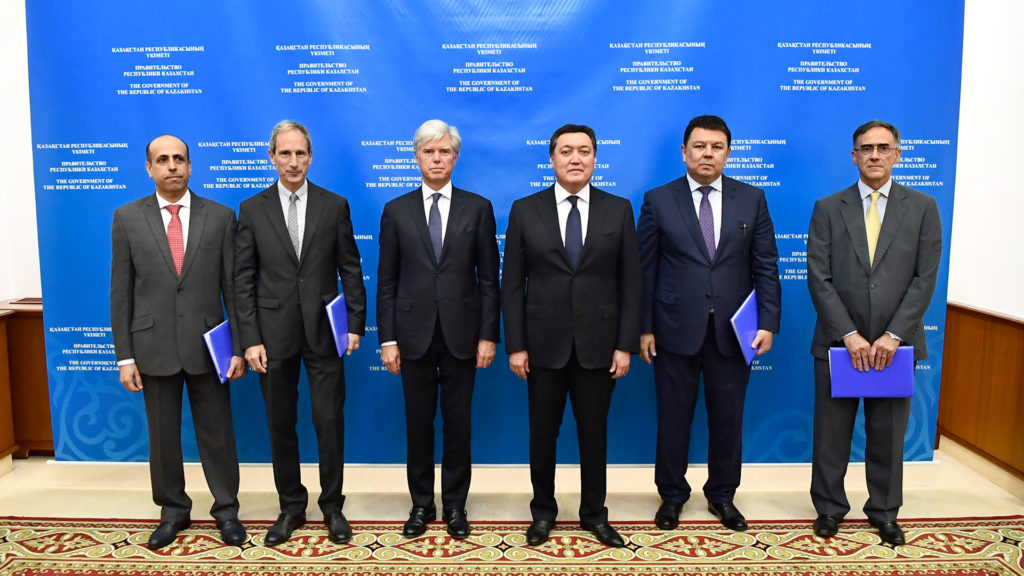 Following the meeting, Kazakh Minister of Energy Kanat Bozumbayev, Total Vice President of Exploration and Production for the Southern Europe and Caspian Region Bernard Clément, Oman Oil Company Joint Ventures Director of Exploration and Production Abdulwahab Al Bulushi and Partex Oil and Gas Board Member Fernando Alves signed an agreement on the Dunga oil field in the Mangystau Region, which has an estimated 106 million barrels of total proven reserves.

The terms of the production sharing agreement for the Dunga field, signed in 1994, will be extended for 15 years from 2024 to 2039, which will allow production of an additional nine million tonnes of oil. The launch of the $300 million third phase of the field’s development will increase the production capacity from 600,000 tonnes to 850,000 tonnes of oil per year and create 400 jobs in the region at the peak of construction activity, reports Total.com. Kazakhstan’s share within the product sharing agreement will increase from 40 percent to 60 percent by 2025. Companies will be obliged to partially supply extracted oil to Kazakhstan’s market and finance social infrastructure projects with at least $1 million per year.

Also, Kazakh First Vice Minister of Energy Makhambet Dosmukhambetov, KazMunayGas Deputy Chairman of the Management Board for Geology and Exploration Kurmangazy Iskaziyev and Eni Executive Vice President for the Central Asian Region Luca Vignati signed a protocol of direct negotiations to grant the subsoil use right for the exploration and production of hydrocarbons within joint operations in the Abai field. The field is in the northern part of Kazakhstan’s sector of the Caspian Sea, approximately 50 kilometres from the coast in a water depth of less than 10 metres. It is estimated to have significant potential for hydrocarbon resources, reports Eni.com. The 700-kilometre two-dimensional seismic exploration and drilling of a 2,500-metre exploration well in the field will cost more than 14 billion tenge (US$36.4 million).