By Nazira Kozhanova in Nation on 1 July 2019

NUR-SULTAN – Kazakhstan continued its efforts to improve and reform its justice system with a national conference in the nation’s capital June 27 on the country’s juvenile penal system. 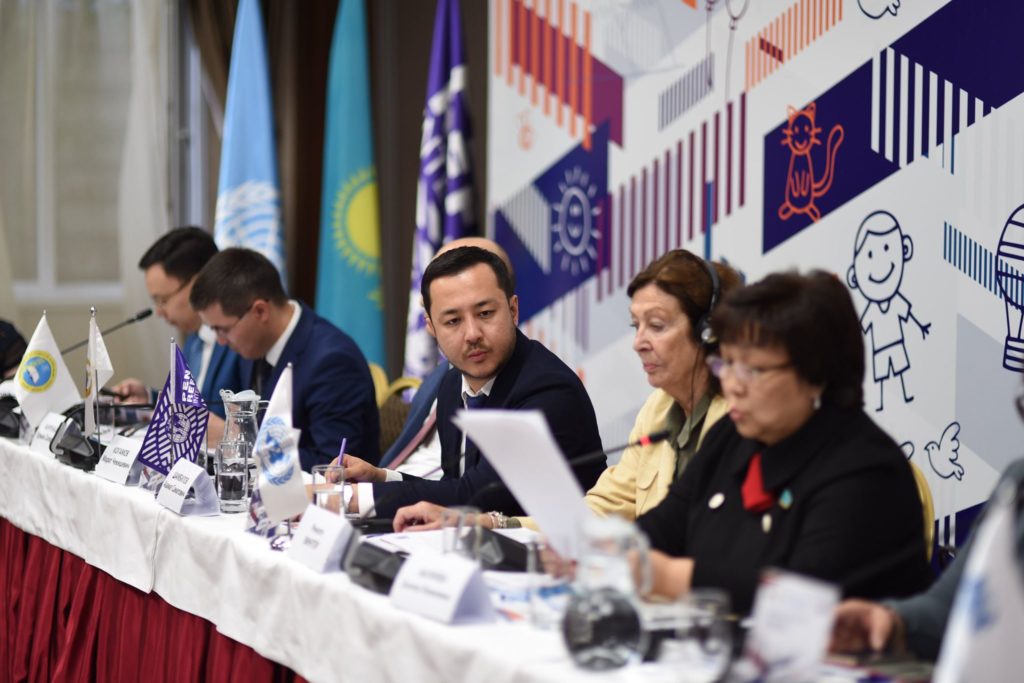 “Kazakhstan is a country that implements a fair criminal justice policy for children, meeting the requirements of the UN Convention on the Rights of the Child. However, there are still several issues that require special attention from both the state and society. It is very important for the administration of fair justice to be provided with the opportunity for its implementation and alternative ways of dealing with each case,” said UN Children’s Rights Vice Chair Renate Winter.

The conference was titled Standing on Protection of the Rights of the Children of Kazakhstan. It was organised by Penal Reform International in Central Asia with the Kazakh Mazhilis and the Ministry of Education and Science. It gathered experts from the government, civil society, academia and other areas.

At the conference, Deputy of the Mazhilis (lower chamber of Parliament) Zagipa Baliyeva talked about existing reforms and the need for further work on the juvenile penal system. She highlighted that there should be a separation of duties performed by the state and civil society regarding juvenile justice, as the goal is adding legislative measures to the existing law. Baliyeva said there is a need to reformat existing special schools by avoiding punitive measures.

Yerzhan Zhirenbai, representing the Committee of Children’s Rights Protection of the Ministry of Education and Science, described measures already undertaken by the state. The latest draft of the law regarding juvenile justice took approximately six years in the making, due to the amount of research that had to be undertaken.

UNICEF in Kazakhstan Childhood Protection Programme Coordinator Meiramgul Alybekova presented a policy proposal to restructure the penal system by making three more specialised levels of social services for minors. This would help avoid the application of blanket punitive measures as the solution to any infractions by minors.

Winter also noted that special schools where Kazakh children can be sent if their schools or families can’t handle them are not discussed in terms of penal reform, even though the same rules should apply there.

Penal Reform International in Central Asia Regional Director Azamat Shambilov also said the country needs to better address instances when children end up in detention with their parents because their caregivers are serving sentences.