By Dilshat Zhussupova in Business on 2 July 2019 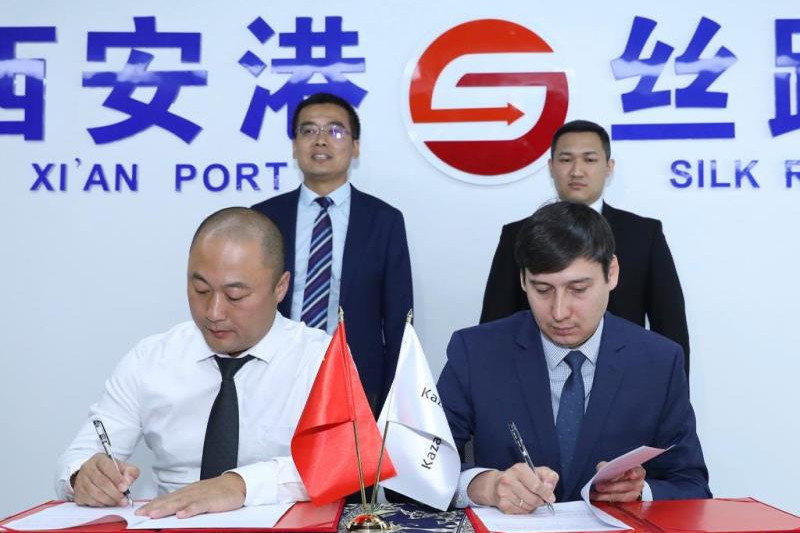 “As part of the development programme for Kazakh companies, we planned to open two offices in China,” said KazakhExport Board Chairman Ruslan Iskakov at the recent signing of KazakhExport’s memorandum with the Rural Supply Cooperation of China’s Shanxi province. “We see great potential in cooperation between Kazakhstan and China. The very first meetings that we had yesterday and today show us what opportunities have opened up among our countries, which are much greater than previously. I very much hope that our office in Xiyang County will become a centre for the development of bilateral trade.”

KazakhExport’s mission is to boost growth in the export of non-organic goods and services in the priority sectors of Kazakhstan’s economy. Its representative office in Xiyang County will support Kazakh firms by providing information and consulting services and reaching out to potential Chinese firms interested in Kazakh products.

“The representative office of KazakhExport will help exporters orient themselves in the Chinese market – identifying firms interested in importing Kazakh products and providing support in organising financing for import. Moreover, through the efforts of the KazakhExport representative office, (Chinese) firms that are often closed off when they are addressed independently will be more open,” said Iskakov.

According to the Kazakh Ministry of National Economy, January-December trade turnover between Kazakhstan and China was $11.7 billion. In his May meeting with Chinese Vice Premier and Politburo Standing Committee Member Han Zheng, Kazakh Prime Minister Askar Mamin noted the need to boost the export potential of Kazakh products and strengthen bilateral cooperation on transit corridors, energy, industry and the agro-industrial complex.