By Aidana Yergaliyeva in Business on 5 July 2019 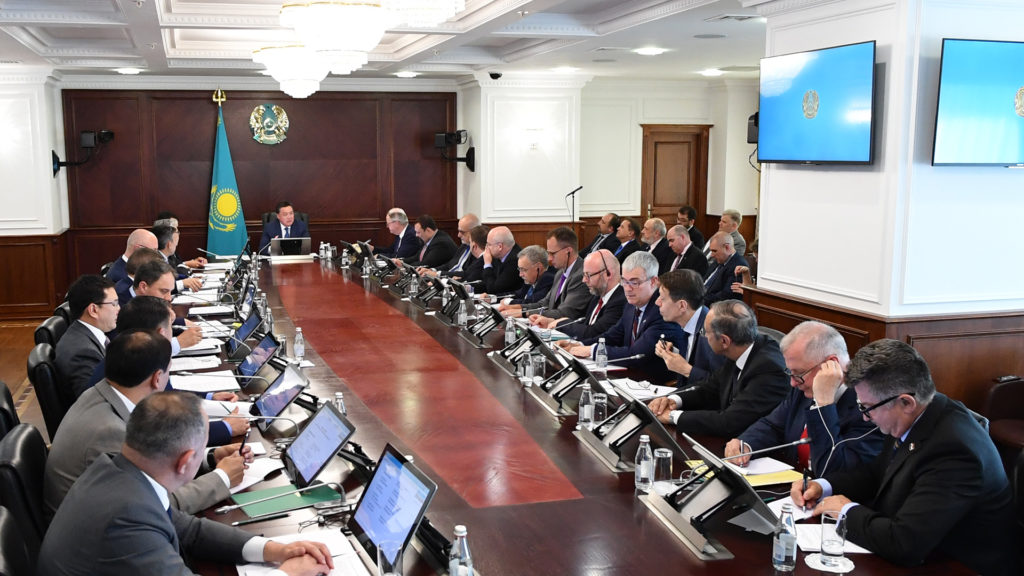 The EU is one of Kazakhstan’s largest trade and investment partners, accounting for more than 40 percent of the country’s foreign trade turnover. Bilateral trade increased 26 percent in 2018 and more than 2,000 joint ventures and 4,000 companies with European participation operate in the country. In its nearly 30 years of independence, the Kazakh economy has attracted $125.1 billion in EU-originated investment.

“There is a need to work on building up investment cooperation,” said Mamin, according to primeminister.kz.

Kazakhstan is seeking to improve the investment climate, continue productive interaction and cooperate closer to develop trade relations in all sectors of the economy, he noted. Mamin added he sees great potential in industrialisation, agro-industrial complex, transit transport and the financial sector.

Diplomatic relations between the EU and Kazakhstan were established in 1993. The Enhanced Partnership and Cooperation Agreement (EPCA) signed in December 2015 between the two entities is among the important agreements that provide impetus for cooperation. The agreement is now the main document outlining EU-Kazakhstan relations and provides the legal framework for developing bilateral relations in 29 key policy areas, such as political dialogue, human rights, energy, transport, the environment and climate change, employment and social affairs, culture, education and research.