By Aidana Yergaliyeva in Business on 13 July 2019

NUR-SULTAN – The Coordination Council adopted a roadmap to attract investment to Kazakhstan at the July 10 council meeting chaired by Kazakh Prime Minister Askar Mamin. The task for the Ministry of National Economy is to increase the annual gross inflow of foreign direct investment from $24 billion in 2018 to $34 billion by 2025. 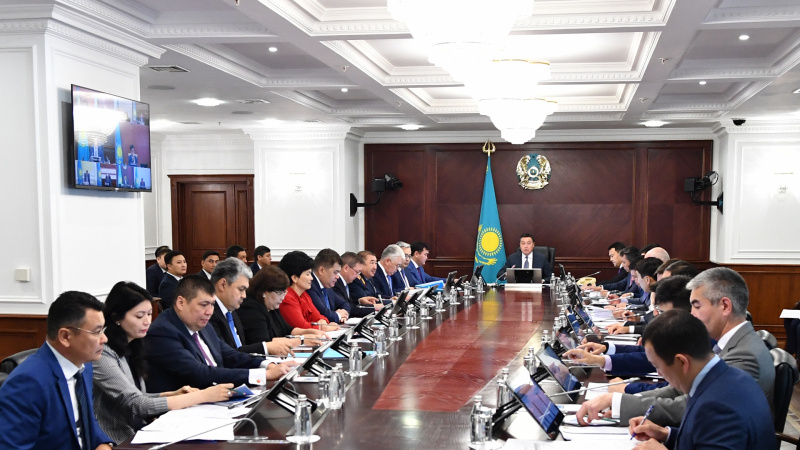 The recently established council seeks to increase investment in fixed assets up to 30 percent of Kazakhstan’s gross domestic products (GDP).

“The development of the economy is directly related to attracting investment. It is necessary to look for new niches, create mechanisms to attract investments and provide all measures of support. The main task is to increase the volume of investment in the economy by two times,” said Mamin.

The council approved legislative and institutional measures that support more public-private partnerships (PPPs) to make it the main tool to attract investments in transport and logistics, energy, tourism, infrastructure modernisation of public utilities, healthcare and education, among others.

An important driver of economic diversification will be the focus of investment on projects that provide vertical integration of existing enterprises, the prime minister’s press service reported.

The government hopes attracting investment across industries will increase the technological complexity of the country’s export base.

Key performance indicators (KPIs) to attract investments and to achieve the target ratio of investment to GDP will be developed for central and local executive bodies.

The council also considered developing a network of wholesale distribution centres to expand the logistics capacity in Kazakhstan by 2023. The plan is to create a network of eight regional distribution centres in Nur-Sultan, Almaty, Shymkent, Aktobe, Semey, Kokshetau, Atyrau and Aktau. The centres will make early product purchases from farmers and create stored capacities with the sale of products in retail chains at reduced prices during the off-season from December to April.

The project will ensure price stability and eliminate the seasonal speculative mark-up on socially important food products. The total socio-economic effect of the project from one invested tenge (US$0.003) will be over 30 tenge (US$0.08).