NUR-SULTAN – Kazakh children won medals at the July 3-8 World Children’s Winners Games for cancer surviving children in Moscow. Expenses for some of the participants were paid by the Young Talents Samruk Kazyna programme. 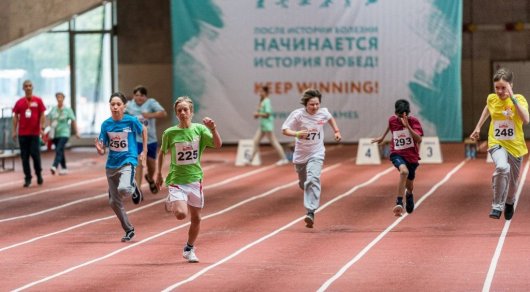 “I really enjoyed the games, where more than 500 people from 15 countries took part. I participated in chess and football tournaments. These are my second games, so this is my last time here,” said Alexander Zabolotnyi, one of the games’ participants. His father added that a child in remission can only participate in the games twice, unless he has cancer again, so they hope it’s Zabolotnyi’s last games.

This year, Kazakhstan was represented by 17 children, with five of them funded by the Young Talents Samruk Kazyna programme.

“By implementing the Young Talents project, we strive to support our talented children, to give them the opportunity to show their abilities in both national and international competitions,” said Director of Corporate Communications Department of the Samruk Kazyna Sovereign Wealth Fund Miras Irgembayev.

The World Children’s Winners Games are sports for children who have undergone cancer treatment. The Winners Games have been held in Moscow since 2010. In total, more than 3,000 children from more than 20 countries have taken part. All participants compete in six sports: athletics, swimming, table tennis, shooting, chess and football in their age groups. The games aim to help children forget about the disease and return to a full life. The games also seek to motivate children to get into sports and give them the opportunity to believe in themselves and their strength.