By Dilshat Zhussupova in Business on 2 July 2019

NUR-SULTAN – Cattle in the Almaty Region are being tracked by Global Positioning System (GPS) as part of a $700,000 pilot project developed by South Korean companies Lives’Talk and Samsung Electronics and supported by Kazakh Invest. 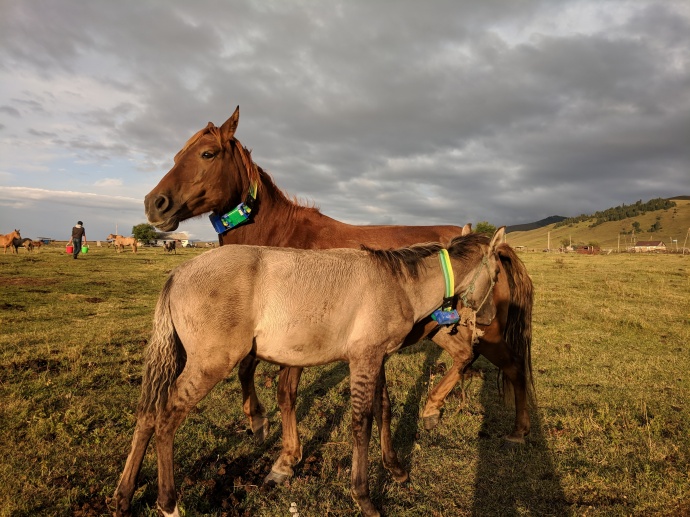 A GPS device costs less than $300 and consists of three transmitters and waterproof collars and a receiver for mobile phone monitoring, reported Invest.gov.kz. Fifteen antennas were installed in the region to operate 30 devices donated to farmers as part of the project launch.

“The lack of Internet connectivity in this area creates a special need for our product in view of annual cattle losses in the highland pastures,” said Lives’Talk CEO Yury Yon. “On average, up to 10 percent of cattle is lost annually. Our tracking system is the only one in Kazakhstan that can operate without an Internet connection.”

Kumtoken Farm Chairperson Kanat Moldasanov has approximately 400 horses and cows and more than 2,000 sheep on his farm. He struggles with keeping track of cattle manually, because when grazing, by the end of the day the animals may have wandered several kilometres from their morning location.

“Cattle breeding is a very labour-intensive activity,” he said. “In the mountains, it is not easy to keep track of cattle. On top of this, cases of cattle raiding have become more frequent. It is great that we are given the opportunity to test this system for free. Even if we have to pay, it is better to spend money from the sale of two horses on the devices rather than lose more cattle. These devices will also be of tremendous help to police officers, because cattle raiders are becoming more and more agile every year.”

Kazakh Invest assisted in preparing and providing all the necessary permits to implement the project.

“We attracted these investors through our efforts with the Kazakh Embassy in South Korea,” said Kazakh Invest Almaty Region Office Director Zangar Salimbayev. “We targeted investors engaged in high-tech development projects that we do not yet have in our country.”

The pilot project will conclude in September and data from the GPS devices will be collected and analysed to improve the product. Lives’Talk plans to produce the devices in the region if project is deemed a success.