By Dilshat Zhussupova in Central Asia on 16 July 2019

NUR-SULTAN – Author Marina Abrams is introducing Central Asia to people of all ages in the English and Russian-language illustrated book “Orange and Blue: The World of Barzu.” The story of a boy from the mountains and his family features a folkloric narrative and an educational section, all of which foster curiosity and discussion among children and parents alike. 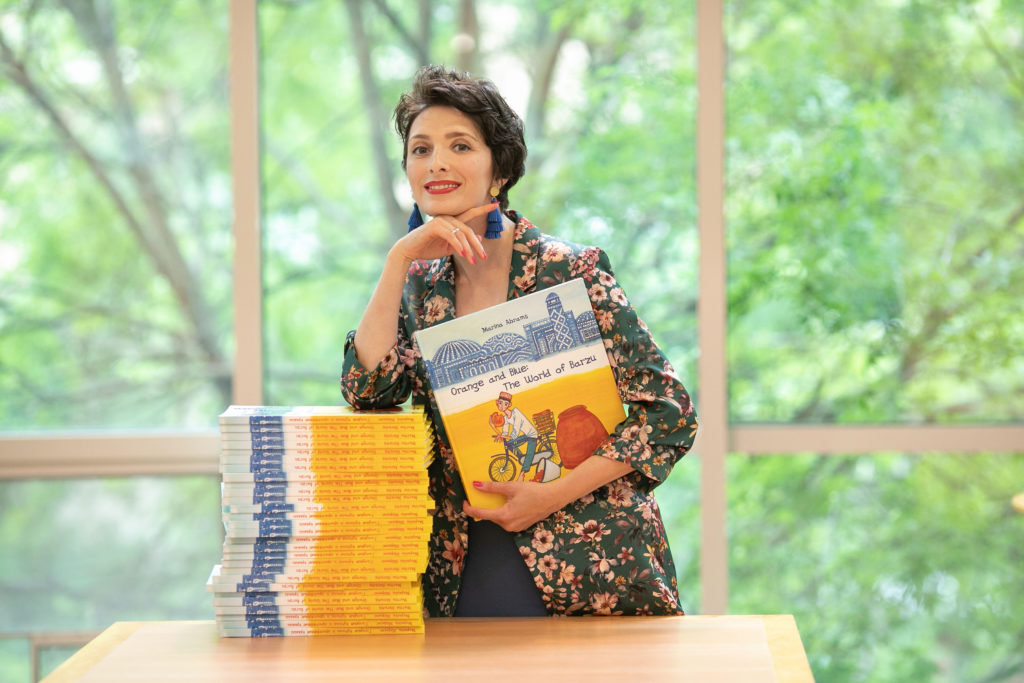 With few books about Central Asia available for children, “a region with more than 100 ethnic groups, the land of the Great Silk Road, where Alexander the Great left his footprints,” it is a breath of both fresh and familiar air for Central Asians, said Abrams in an exclusive interview with The Astana Times.

“Far, far past the horizon there is a marvellous land of deserts and steppes, of swift rivers flowing past age-old cities and of blue lakes glistening beneath towering mountains. This is the ancient land of Central Asia!” the book begins. The visual narrative is just as engaging as its written word, with illustrations that are “simplified, almost cartoonish, yet ethnographically accurate images of life in Tajikistan,” noted Abrams.

“(Tajik illustrator) Farrukh Negmatzade is a very talented artist who, over the years, developed a very unique style,” she said. “We studied photographs from the region and I also used pictures that I took during my visits to craftsmen. And, of course, both of us were born in the region and shared our vision of childhood in Central Asia.”

Abrams recalled her early days in Soviet times, when books were difficult to buy.

“Each book was a treasure,” she said. “We read tales and stories from all 15 Soviet republics. My favourite was a collection of Kazakh folk tales, ‘Kanbak-Shal.’”

Approaching the book as if she knew little about the region helped her rediscover things that were familiar. More than two years of research led her to new places and acquaintances.

“I barraged my friends in Tajikistan and Uzbekistan with hundreds of questions, corresponded with experts and historians and flew to the region, where I personally visited tanoor workshops, went to museums and read through a lot of historical and ethnographic literature,’ she said. “Also, I crowdsourced information through 10 Facebook groups, where people provided things like more than 250 names of bread and recipes and where I consulted for very specific pieces of information.”

“This communication united us, raised awareness about the project and served as an incentive for them to talk to their families to learn more about their own culture,” she added.

Abrams, who worked in international security for approximately 15 years, grew up in Kazakhstan, lived in Tajikistan and now resides in the United States. She noted the experiences shaped her book, because “the more you travel, the more you understand what your own country has to offer in terms of culture, traditions, nature and social interactions.”

“This prior work experience gave me the skills to run my project, cooperate with people of different backgrounds, successfully fundraise, analyse the market and find the right structure for the content of the book. I believe my book helps to show parents and children around the world the value of diverse cultures. It is what we call in international policy a soft diplomacy tool – those from Central Asia have the opportunity to share their culture with others, while international audiences can start learning about the region from a very early age,” she said.

“For example, diplomats and foreign aid workers living in Central Asia now have a way to share their experience with their families. Some people ordered 10 to 15 books for Christmas gifts last December – for their nephews, nieces, grandchildren and cousins,” she noted.

Through donations, the book also made its way to children of refugees in Russia and Ukraine.

“The children of refugees and labour migrants often lack the reading skills in their new country and have difficulties attending school. At the same time, they miss their homes and feel the need to connect with their culture,” said Abrams.

Children often invent imaginary friends, through which they channel their creativity and empathy. For many, a boy from a Central Asian village has become such a friend as well as a way for adults to recall their younger days.

“Children are children everywhere. They are curious and thirsty to learn things. They like to explore the world around them and beyond the horizon. They like adventures and having fun. Isn’t that what childhood is about?” she said. 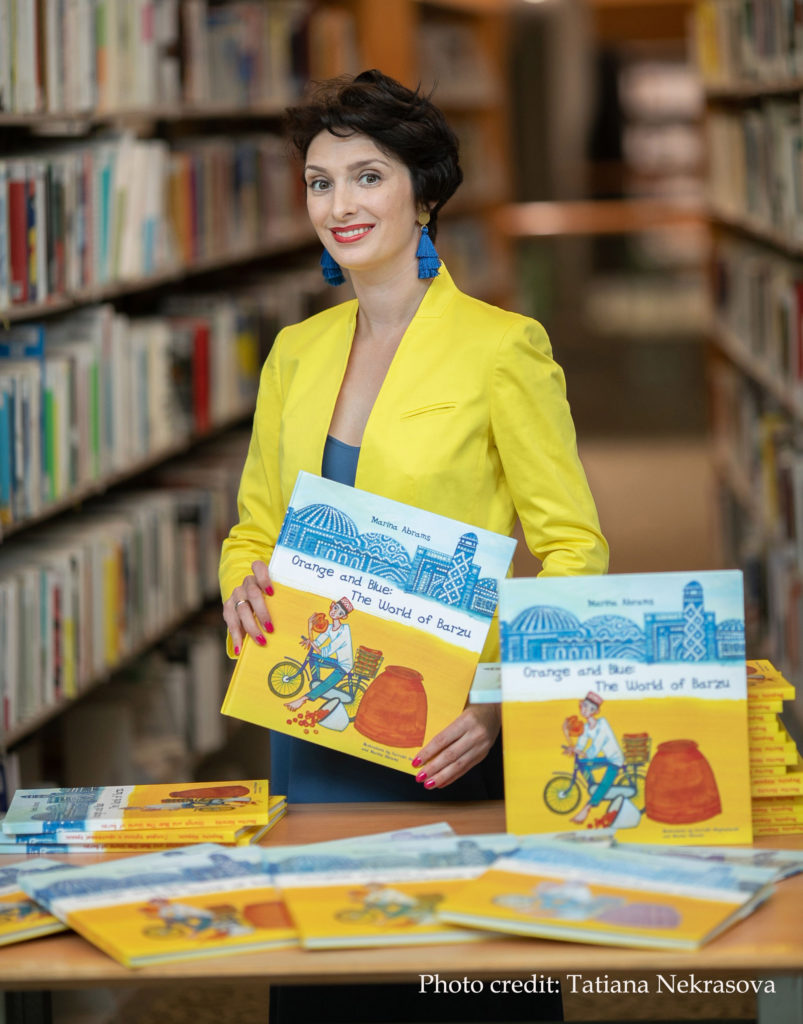 Abrams is writing a second book about Barzu, in which readers will learn about Central Asia’s sweet melons, Timurid architecture, his mother’s job as a weaver and grandmother’s story about the way unusual embroidery helped the ruler of the City of Blue Domes save his people from hunger. The book will be crowdfunded this year and released in April.

“The main topic will be the magnificent embroidery of Central Asia. Children will discover the diversity of this craft and the meanings of the ornaments,” she said. “I just came back from my research trip to Uzbekistan, which was crowdfunded by my readers. I talked to local experts, craftsmen, grandpas, grandmas and weavers. All of the secrets that I learned will be included in the ethnographic notes section in the next book!”

“I hope to find an organisation that will help me translate the book into the region’s languages and disseminate it among schools and libraries in Central Asia, especially those in villages and small towns,” she said.

Book three will focus on the Silk Road and the nomadic cultures of Central Asia.

One can get to know Barzu by ordering “Orange and Blue: The World of Barzu” on Amazon or directly from Abrams on Facebook and Instagram (@marina.abrams).