NUR-SULTAN – Some of Kazakhstan’s 11,814,019 eligible voters who went to the polls in the county’s June 9 presidential election told The Astana Times they consider voting a central part of their civic rights and duties and they hope the elections will be fair and bring positive change. 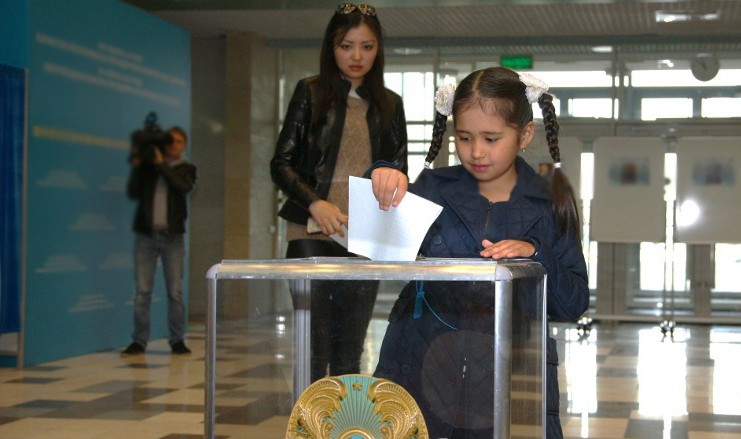 “I wanted to express my will, as a citizen of the country. I just think there is a hope. I suppose that… something will change. It is necessary to vote. It is a great privilege to be able to vote,” said young voter Nazira Karazhan after coming out of a voting station in the capital.

“I cannot be indifferent to the fate of the country, where I grew up, where my children grow up and friends live,” said voter Fariza Ryskulova.

“I go to vote because I want to see what percent a person from the opposition can get, and this is my civil right,” said voter Aldabergen Nurzhigitov.

“I came to vote because I want to fulfill my civic duty. This is probably for myself. (To know) that I went, gave my vote and did what I could,” said young voter Gulnur Akhmetova.

Some voters expressed a positive attitude towards the future of Kazakhstan.

“We came to serve our civic duty, to express our opinion about under whose leadership we would like to continue to live and flourish in our country, we hope for the best and positive… We are sure of this. If we were not sure, we would have ignored. We believe in common sense and in our country,” said voter Yelena Kosareva.

The voters highlighted some spheres where they expect improvement and stressed the government and citizens should work together.

“Today we came to the polls and gave our voice. For the bright future of our people. I think the country is calm and safe. In the future, I think that the recent situation with the mothers of many children should be improved and the general living standards of the population should be higher. This is the main issue. Then people should also work. Nothing can be worked out through conflicts,” said schoolteacher Alexander Belyayev.

“There was time when life was much worse… I tell the kids: there was no flour in 1996-97. Now we have everything, I think it is necessary to work hard,” he added.

“I have good thoughts about elections. We are happy to elect a new president,” said voter Kazbek Nurzhigitov. “We want people with poor living conditions to live better. Corruption is widespread. It would not go deep, if people lived a better life. They would not be worried about their families’ needs and continue working hard.”

“One more thing I want is that Alash Orda’s (the 20th century Kazakh intellectuals’ party) ideas would be used. It would be nice if Alikhan Bokeikhanov’s (Alash Orda leader) ideas used in its renewed version. Because they (Alash Orda people) were people who cared about their people, gave their lives for the people,” he added.

Some voters said the candidates’ campaign platforms raised important issues, but the most important is how these will be implemented and solved.

“In each platform, each candidate has the right words. Another question is how to implement what they propose. I initially had one choice, one candidate, who I think covers more social problems and I think one is able to implement one’s ideas,” said schoolteacher Yuliya Kuryerova.

“Now we have literate, intelligent people, they immediately speak out, write, say what has been done, what is not or not so done,” she added.

“We want to see a president who cares, speaks and feels compassionate about people. A person who can protect our country, the land, and solve problems… We want the people of Kazakhstan to develop and to grow because of own strength and unite in the interests of each other,” said voter Maria Makarova.