By Dilshat Zhussupova in Nation on 20 June 2019 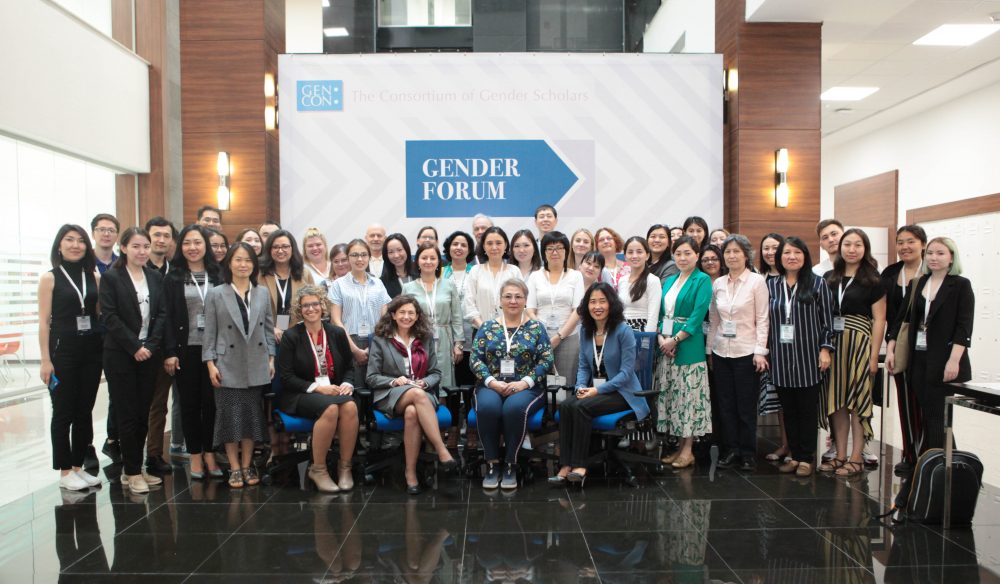 Keynote speakers were Korean Institute of Advanced Technology’s Graduate School of Science and Technology Policy Director So Young Kim and Gulnara Ibrayeva, a researcher and evaluator focusing on gender equality and gender-sensitive approaches to development. The former presented an overview of the 20-year history of mainstreaming gender in science and technology policy in South Korea in her keynote speech.

“This forum is a great opportunity to set up a dialogue between scientists, practitioners and institutions working in the gender field in Kazakhstan and abroad. We tried to organise both theoretical and practical discussions of gender issues at the forum. For example, participants are faculty from the NU School of Medicine who raise issues that doctors face in their practical work with patients. Representatives of schools in Kazakhstan will discuss gender aspects of their work with school students,” said NU Graduate School of Business Associate Professor Jenifer Lewis, who directs NU’s Consortium of Gender Scholars (GenCon).

Based at NU, GenCon brings together and supports gender scholars in Kazakhstan, who aim to generate interdisciplinary research advancing women and gender equality. Gender-centric analyses were presented at the forum on domestic violence, emotional intelligence, STEM education, participation in policymaking and entrepreneurship and sexuality education of youth.

“My NU colleagues and I conduct extensive research on gender aspects in a school environment. In addition to studying the environment and experience of teachers and students in Kazakhstan, we also analysed the content of textbooks of the seventh and eighth grade in the Kazakh, Russian and English languages,” said NU Graduate School of Education Assistant Professor Anna Cohen Miller, who also directs GenCon.

NU is an English-medium autonomous educational and research university in Nur-Sultan and was founded on former Kazakh President Nursultan Nazarbayev’s initiative in 2010. It offers bachelor’s, master’s and doctoral programmes developed in partnership with the world’s leading universities. There is “a near perfect gender balance among its students even in the STEM disciplines – of NU’s five top students in its first graduating class, four were women, and two of those were STEM graduates,” reads its 2018-2030 strategy.