NUR-SULTAN – The inauguration of Kazakh President Kassym-Jomart Tokayev took place June 12 at the Palace of Independence in the capital. Tokayev swore an oath to the people of the country and officially assumed the office of President, emphasising he will continue developing and implementing founding and First Kazakh President Nursultan Nazarbayev’s vision of the country’s development and social and economic reforms. 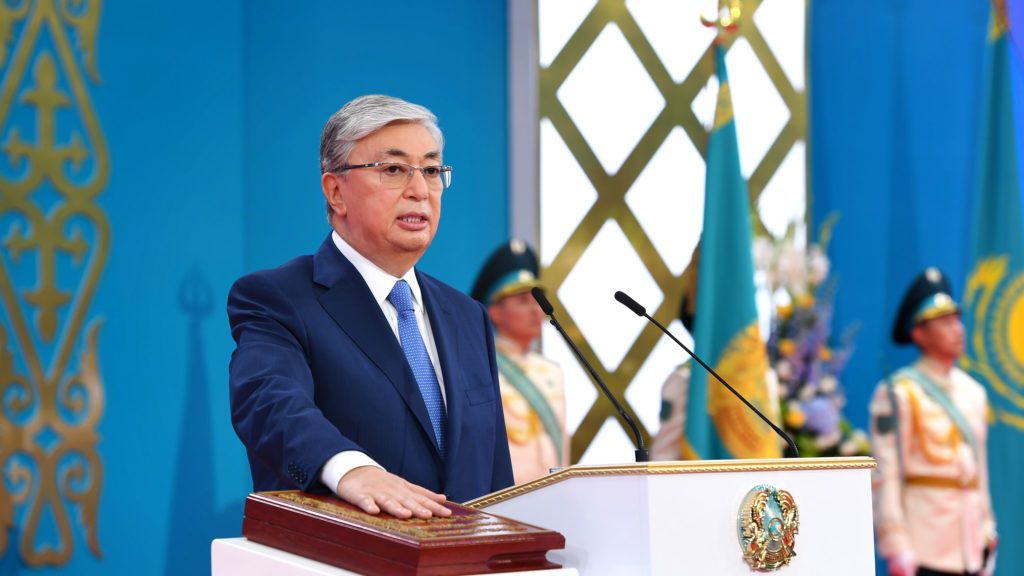 “I solemnly swear to faithfully serve the people of Kazakhstan, strictly follow the Constitution and the laws of Kazakhstan, guarantee the rights and freedoms of citizens, conscientiously perform the high duties of the President of Kazakhstan entrusted to me,” said Tokayev, putting his right hand on the Kazakh Constitution.

After receiving a presidential certificate from Central Election Commission Chair Berik Imashev, Tokayev addressed the gathering of more than 2,500 people including members of the Government, the diplomatic corps and the many Nur Otan party members who worked on his campaign. He gave a speech elaborating on the plans and aims he put before Kazakhstan.

The President emphasised he will follow the strategies developed by Nazarbayev, such as the Third Modernisation, 100 Concrete Steps to Implement Five Institutional Reforms and Digital Kazakhstan programme.

“A large-scale task in the realities of the 21st century is digitisation. It should affect all spheres of life: from the provision of public services to the creation of future economy sectors. The country’s development, including political progress, is directly related to digitisation. It will qualitatively change the content of relations between the state and society,” he said.

“For the country to reach a new level of sustainable development, new approaches and new solutions are needed. They will soon be made public,” he added.

The President plans to address acute social problems and provide assistance to those most in need.

“We need to seriously update our social policy,” he said.

“In the next few years, the main question of our time will be solved: which countries will be able to integrate into progress, and who will be on the sidelines of world development? Economic, social and political progress is our only correct answer to the challenges of our time,” said the President. 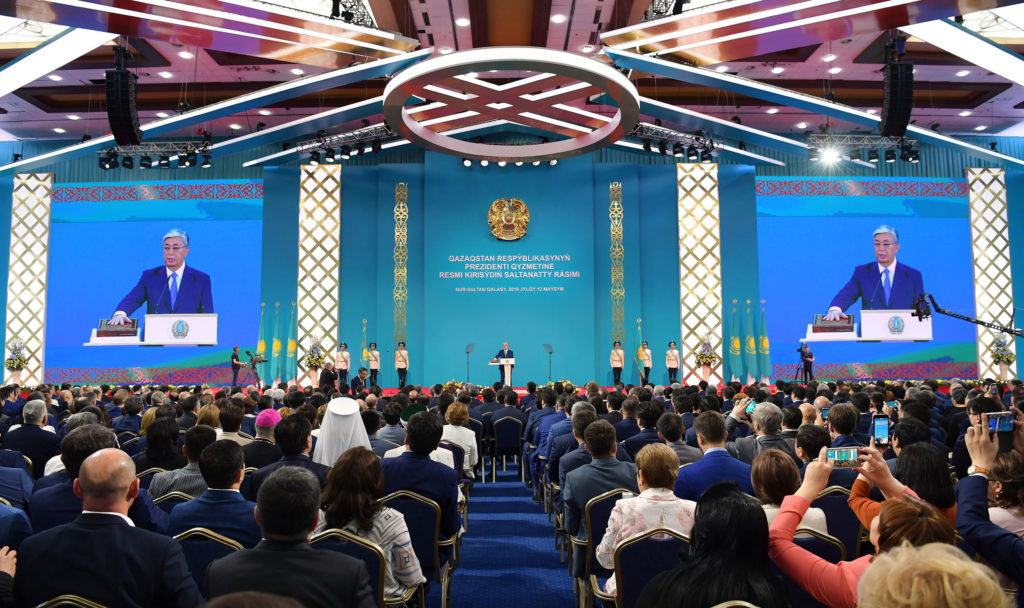 Kazakhstan’s people are “greatly worried about the development of a dialogue between the government and society,” thus, the President plans to create a National Council of Public Trust and give attention to civil society development.

“The dialogue should be based on the recognition of pluralism of opinions. Different opinions, but one nation. Here is the main landmark… The Council will include representatives of the whole society, including young people,” said Tokayev.

“The authorities are obliged to hear the requests of people, solve problems on the ground, and regularly report to the citizens. Do not promise, but deliver! Such a rule should be followed by all members of the government and akims (governors and mayors)… When making decisions on strategic issues, the position of the majority of the population will certainly be taken into account,” he added.

The first meeting of the National Council will be in August.

Among other issues, the President also mentioned the environment, for which a new environmental code is developing, as well as water supply and road quality.

“Clean drinking water is a must in every home, every family,” he said.

The President spoke about his campaign platform’s implementation plan in ten directions. The first direction is to increase population’s income.

“The destabilisation of international financial markets and devaluation of the tenge negatively affected the income of the population. More than a million citizens were forced to take a loan from the bank. The gap between the wealthy and the low-income citizens is one of the most pressing problems our society is facing. Of course, such phenomena exist all over the world, but we cannot ignore them,” he said. “Citizens need to have economic growth in their own country to live in peace, to work hard, to bring up their children, and to be proud of our nation’s accomplishments.”

The second direction is to eliminate corruption.

“Corruption is a disease that hinders the states’ development. A phenomenon threatens the mutual trust in society and the security of our nation as a whole,” he noted.

The third direction is to reform the judicial system and law enforcement.

“Judge is a guarantee of rule of law. Therefore, judges must meet high professional and moral requirements… It is necessary to tighten the judges and candidates appraisal and evaluation system. The main task of the law enforcement system is to gain public confidence,” said Tokayev.

The fourth direction is to open new jobs and provide people with decent wages. Fair distribution of national income is “strategically important.”

The fifth direction is to create affordable housing for different categories of citizens.

The sixth direction is to improve social policies and continue pursuing human capital development policies that includes mass education support, qualitative medical care for all residents and adoption of new laws that enhance the status of teachers and doctors.

The seventh direction is to develop regions according to “the Strong Regions – Strong Kazakhstan principle” strengthening local government system.

The eighth direction is to continue developing the Rukhani Zhangyru programme’s (Modernisation of Kazakhstan’s Identity) values.

“Respect for history, loyalty to the Motherland, aspiration to science and education – all these are the noble qualities of our people,” said the President.

The ninth direction is “to continue a constructive, balanced, multi-vector foreign policy course.”

“Kazakhstan has won great prestige in the world, has established itself as a peace-loving, open country, reliable and responsible partner in international affairs,” noted Tokayev.

The tenth direction is to support youth “creating opportunities to make true (their) biggest dream and personal success story.”

“Elbasy declared 2019 the Year of Youth. The Zhastar – El Tіregі project began to work. We are implementing the Zhas kasіpker programme for the development of youth business initiatives. We will support youth start-ups and implement youth employment programmes. To promote young talented managers to all levels of public service, a Presidential talent pool will be formed,” said the President.

“Being faithful to the oath and firm commitment to the obligation is my duty to the people. For the bright future of Kazakhstan, I promise to work hard for the people,” said Tokayev concluding his address.