Kazakh farmers to produce up to three million tonnes of soybeans

NUR-SULTAN – The Ministry of Agriculture is implementing the Northern Soya programme aimed at helping farmers increase soybean yield in the North Kazakhstan Region. In five years, the programme is expected to increase the sowing area up to 1.5 million hectares, the yield of one hectare up to 2,500 kilogrammes and the gross yield up to three million tonnes. 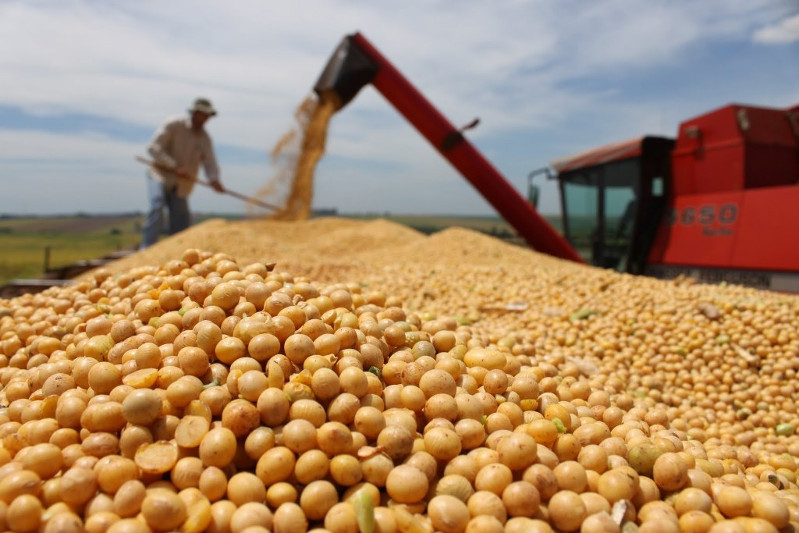 “As part of the sowing campaign, 14,000 hectares were sown in the North Kazakhstan region. Super-elite early ripe seeds of foreign selection were used. The grown crop will be used as seed material on the area of ​​150,000 hectares. If we plant 125,000 hectares of soybeans and we get about 250,000 tonnes of gross product this year, then in the next year, thanks to these seeds, we will double the amount of sown area. In such a manner, 270,000 hectares will be sown with soybeans,” said First Vice Minister of Agriculture Aidarbek Saparov during a government press conference, reported Kazinform.

The ministry joined with the regions to complete the necessary preparatory work in an effort to ensure the success of this year’s campaign.

“More than 2.5 million tonnes of seeds were filled for the sowing campaign, which corresponds to the 100 percent demand. Agricultural producers made about 300,000 tonnes of mineral fertilisers, or 62 percent of the declared volume,” he noted.

“In total, there are plans to use about 475,000 tonnes of fertilisers this year, which is more than last year. The use of fertilisers has been increased annually. In 2016, it was only 10 percent; this year, the index is 18 percent,” he added.

The government is also enhancing the mechanism of financing agricultural producers to improve the efficiency of production diversification.