By Saltanat Boteu in International on 25 June 2019

NUR-SULTAN – The five-day International Simulation Training organised by the Kazakh Academy of Law Enforcement Agencies in the nation’s capital drew 120 participants from 17 countries to practice new skills, gain experience and enhance cooperation to address human trafficking along migration routes. The course, which will use trainings that simulate human trafficking situations, began June 24. 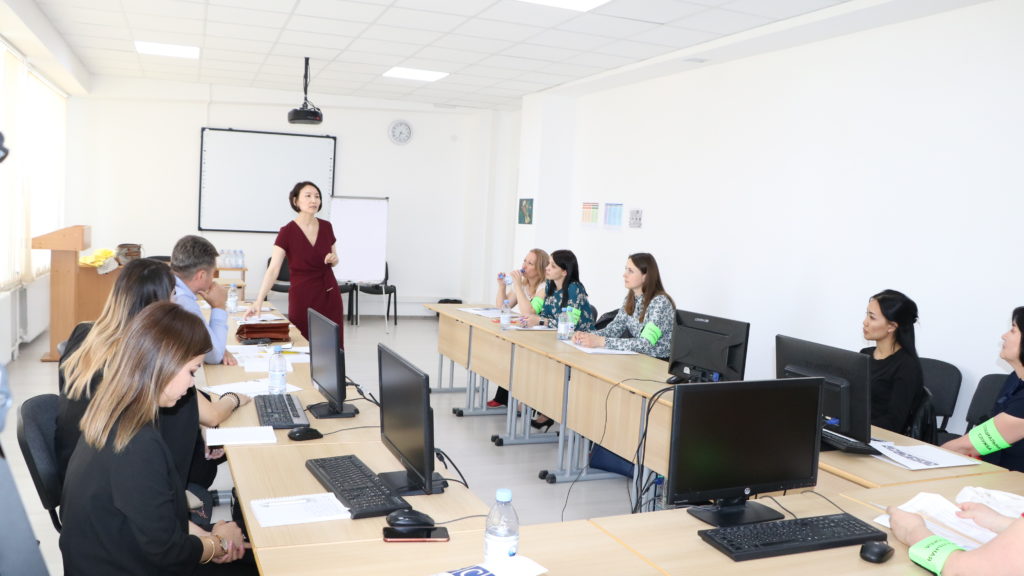 Training includes “live simulations of trafficking cases,” Valiant Richey, acting Organisation for Security and Cooperation in Europe (OSCE) coordinator for combating human trafficking, told The Astana Times. “We use actors to play the role of traffickers, victims or intermediaries and invite participants from a number of different fields – for example, social workers, law enforcement prosecutors, labour inspectors. They work together to solve cases. It recreates the atmosphere of a live case. They learn how to work together and use new skills in solving trafficking crimes.”

“We hope that this exercise will assist you in these three directions. First, we wish to enhance the criminal justice response, prosecute human traffickers operating along migration routes while placing a special focus on sexual exploitation, forced labour and financial investigations. Second, we want to better equip practitioners to promptly identify potential victims and ensure adequate protection mechanisms. And on another level, there is, I believe, a third vital element. By gathering experts from such a variety of fields and nationalities, we hope to foster among you a spirit of cooperation to fight complex phenomenon such as human exploitation. I hope you’ll take advantage of this diversity and benefit from each other’s experience… and bring what you learn to your home countries,” he told participants at the launch of the training. 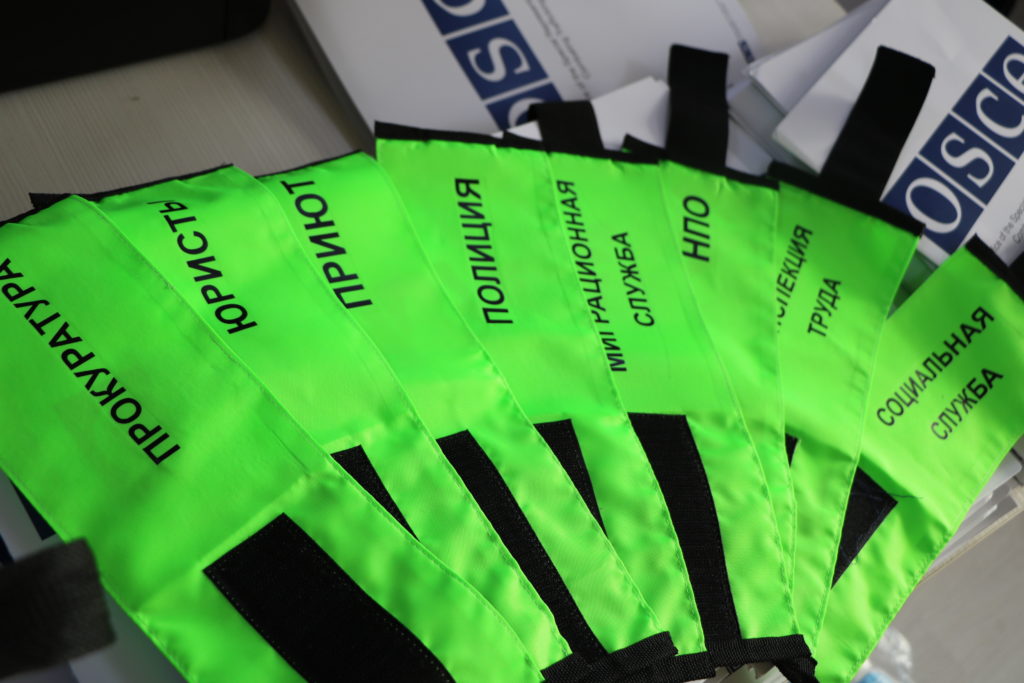 The training, taking place at the Academy of Law Enforcement Agencies of Kazakhstan in Kosshy, near Nur-Sultan, was organised and developed by the OSCE Secretariat, the OSCE Office representatives in Nur-Sultan, the U.S. Embassy in Kazakhstan and the United Nations High Commissioner for Refugees (UNHCR).

More than 70 experts from prosecutors’ offices, law enforcement agencies, labour inspectors, nongovernmental organisations, migration organisations and border and social services are participating in the training. One main goal is to encourage cooperation between states and develop a network of experts in the field to improve preventive mechanisms and support for victims.

“Today [human trafficking] is one of the main challenges of our time, posing a serious danger to the global community… Kazakhstan ranks 83rd out of 167 countries in the Global Slavery Index ranking. It certainly worries us… There are still flaws in matters of interaction – in my opinion, not enough preventive work… We need coordinated work by all government agencies and society as a whole,” said Yergali Merzadinov, rector of the Academy of Law Enforcement Agencies, during the opening ceremony.

“Human trafficking is a transnational and trans-boundary crime, which can only be defeated by joint efforts. Therefore, it is extremely important to develop international and regional cooperation. I am very pleased that representatives of 17 countries are participating in today’s event and I hope that this will help improve the interaction between the countries,” said U.S. Ambassador in Kazakhstan William Moser.

The first such training in Kazakhstan took place in September 2018. Since then, four cases of human trafficking involving 19 people have been identified and solved, returning the victims to their homeland, said the rector.

The exercise “is an excellent opportunity to gain new knowledge and skills in combating human trafficking. In turn, the exercise in Nur-Sultan demonstrates the desire of our country to make its key contribution to the process of identifying victims of trafficking along migration routes with the help of international inter-agency cooperation,” said Kazakh Deputy Minister of Foreign Affairs Roman Vassilenko.

The very first such training took place in Vicenza, Italy, in 2016, and the deputy minister emphasised interest in cooperating with Italian and OSCE experts in organising future trainings for OSCE participating states. In 2019, the OSCE published a practical handbook on how to conduct simulations, which they plan to translate in Russian in the second half of the year.

“We highly appreciate that today a similar project is being carried out not only in Italy, where in 2016 to 2017 simulations were conducted in English, but also in Central Asia,” he added. 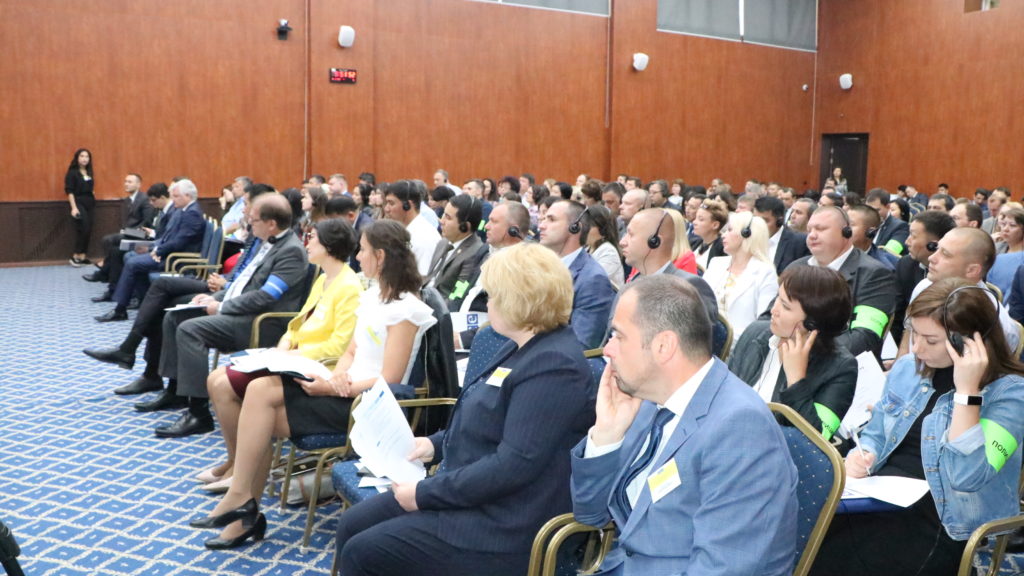 For Kazakhstan, this is an opportunity to develop regional cooperation in solving common vital issues and improving the situation for migrants in the country.

“Kazakhstan plays an important role not only because they are hosting the exercise, which is very important, but they’re providing us with the venue to conduct it and the expertise to support it. We have 17 countries who come to participate in this, so the country is a central piece of the region to combating trafficking of human beings,” said Richey.

According to the statistics, approximately 300 criminal cases involving human trafficking are initiated annually in the country. Over the past three years, Kazakh law enforcement institutions thwarted six organised groups attempting to take part in human trafficking. This year, 104 criminal cases have been filed, said Major General Armanbek Baimurzin, head of the Criminal Police Department of the Kazakh Ministry of Internal Affairs. He expressed his ministry’s openness “to cooperation with all interested parties, international and governmental organisations” on the problem.

“This is one of my favourite moments of the whole exercise – the time right before it starts, because all of you sitting and wondering what this crazy thing with these actors is… In just a few hours we start work on this project together and your professional life will not be the same after you do it,” Richey told participants before the simulations began.