NUR-SULTAN – The UN Population Fund, UN Children’s Fund (UNICEF) and UN Women invited fathers working in the media, civil society, international development and advocacy to discuss fatherhood challenges. The dads shared their experiences and life hacks in overcoming challenges, being active in their children’s lives and contributing to household work. 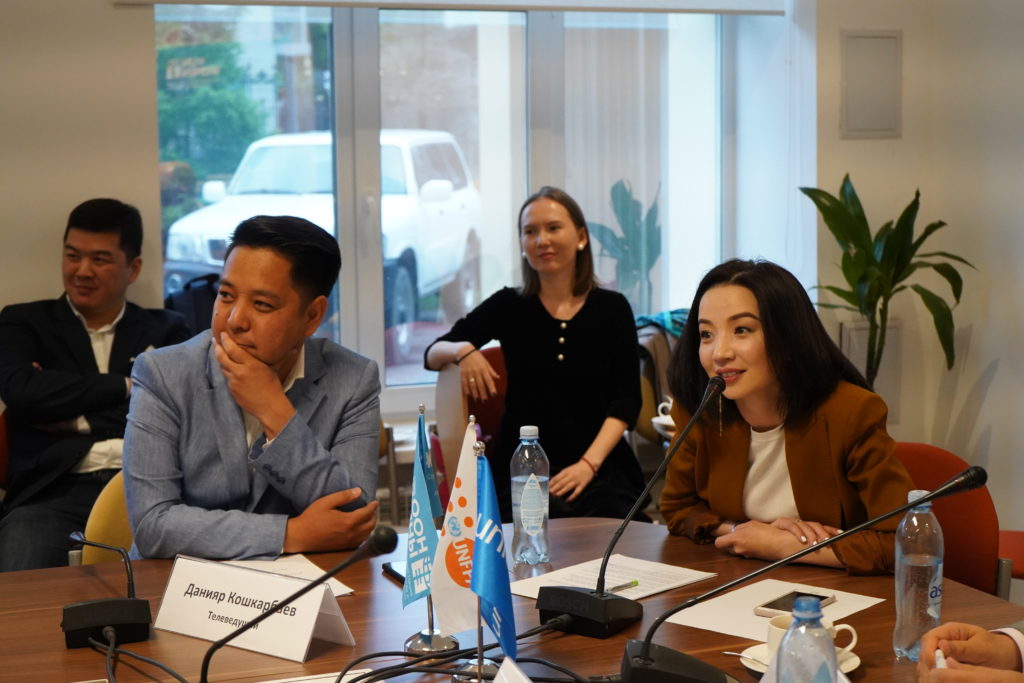 “It is widely recognised that involving fathers in the upbringing of children and childcare doesn’t only positively influence the overall development of a child, but also makes stronger families by promoting an equal division of domestic responsibilities between spouses,” said UN Resident Coordinator Norimasa Shimomura.

Kazakhstan adopted a Family and Gender Policy in 2016 to promote equally shared family responsibilities, including childcare and household duties, yet only 6.6 percent of Kazakh fathers are involved in childcare and raising their children under five. Globally, men spend more and more time with children and participate in household work, but progress is slow. From 1997-2012, the gender gap in time spent on unpaid care decreased only seven minutes per day.

“This is unfortunate, not only because it leaves too large a share of the childcare task to mothers, but also because children and fathers themselves miss out on so much if they do not take a big part in raising their children,” said Shimomura.

The inequalities continue even when women work equal hours outside the home. In Kazakhstan, women’s labour force participation is 66 percent, just 11 percent less than men. At the same time, women on average spend approximately twice as much time compared to men on household work and childcare.

The fathers shared stories of parenting on the eve of Father’s Day, an international celebration of fatherhood in more than 80 countries. 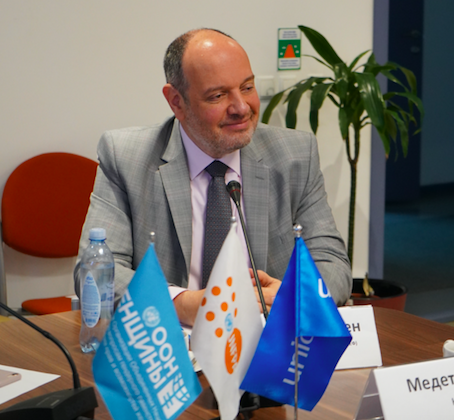 Founder of Autism, Accessible Environment and Vice Chairperson of Kazakhstan’s Fathers’ Union Ruslan Kazybayev spoke about his journey to becoming an involved dad. His son was diagnosed with autism at age four and the family struggles each day with his condition. Kazybayev noted many Kazakh men often leave families with ill children and even blame their wives for the illnesses.

“We tend to think that fathers are there to provide financially for their family and to discipline a child if they misbehave. Being an involved father is about being a partner to your wife, being a friend to your child and sharing the family responsibilities,” he said.

Kazybayev established the foundation to create an enabling environment for children with special needs. Its mission is to make involved and responsible fatherhood the new norm in society.

Lawyer and social media influencer Medet Usserov is divorced and raises his two sons. Thanks to the agreement with his wife, they are able to care for their children together, but this is not a common situation in the country. Many Kazakh men are either unable to reach agreements with their ex-wives or uninterested in doing so.

Usserov contributes to changing the social behaviour of Kazakh fathers by providing consultations for families. He advises men to take part in household responsibilities and spend as much time with their children as possible even after a divorce. In his opinion, that is when children need their father’s attention even more.