A’Studio introduces youth to its iconic hits with new musical

By Dilshat Zhussupova in Culture on 4 June 2019

NUR-SULTAN – Pop music group A’Studio will premiere the “Soldier of Love” musical at the capital’s Palace of Peace and Harmony Nov. 15, reports the city’s akimat (administration). 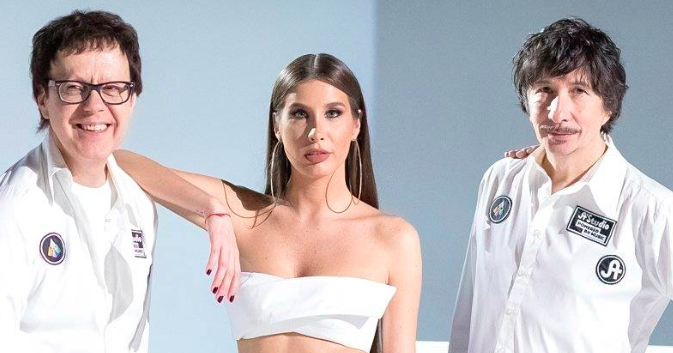 The musical was written by Yury Korotkov and Alexey Ivashchenko and features A’Studio’s greatest hits “Julia,” “Soldier of Love,” “Unloved” and “Stop, Night.”

The plot centres on a businessman, Timur, who is given the opportunity to go back to the 1990s for one night to meet his beloved Julia and change the course of his life forever. He is accompanied throughout his time travel by two agents from the Bureau for the Protection of Love from Accidental Trouble, which was created in the near future when humanity realised that the meaning of life is love. The actors will be left guessing about which of the two finales they will perform that day because the audience, equipped with devices for voting, will determine the turn of events leading up to the finale.

A’Studio was created in 1982 in Almaty and formerly called Alma-Ata Studio. Its band members were originally Vladimir Mikloshich on bass, Baglan Sadvakassov on guitar, Baigali Serkebayev on keyboard and Batyrkhan Shukenov on vocals and sax and are now Mikloshich on bass, Serkebayev on keyboard and Keti Topuria as frontwoman. Following the release of its first major hit “Julia,” the band was invited by Russian singer Alla Pugacheva to the 1990 Christmas Meeting, where it was introduced as the best in the Soviet Union.

“The musical is intended for a wide audience of 12 to over 60-year-olds. Two or three generations grew up with our music. We will now focus on young people, who are a very engaged audience. A lot of time has passed, and there is a new generation that is not familiar with our old hits, which is why we will resurrect these songs in a new format,” said Serkebayev.

Kulbayev sees “Soldier of Love” as an opportunity for young actors to launch their careers.

“They will gain great stage and concert experience in working closely with professionals. Up-and-coming stars and talents often launch their careers after premieres. A musical is a way to drive the music industry and develop new professions in Kazakhstan,” he said.

Tickets will soon be available for sale.