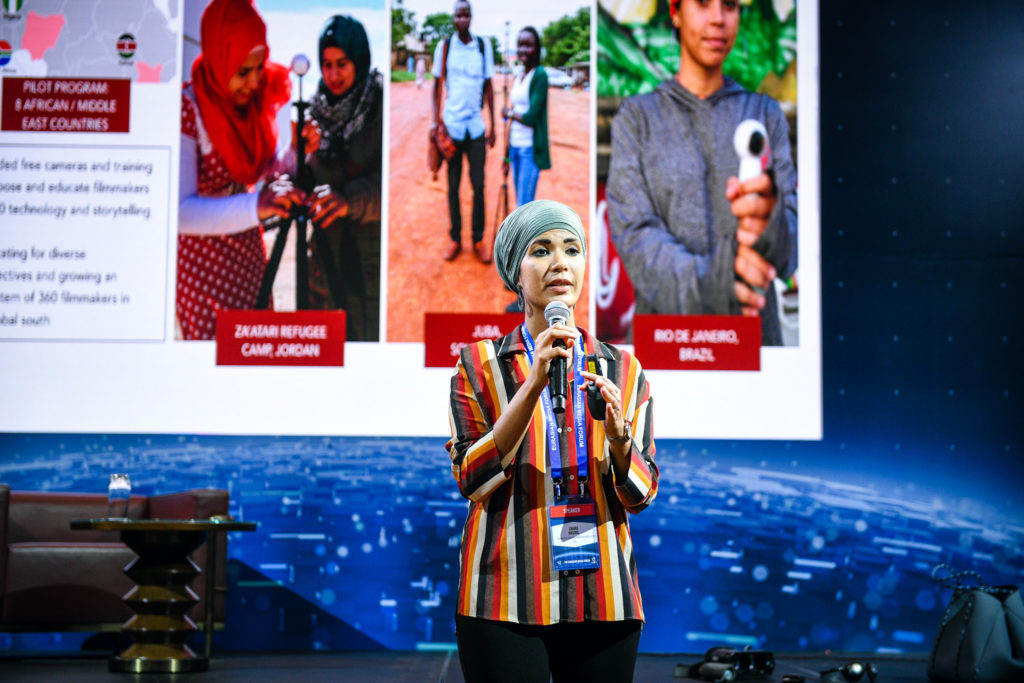 The first day of the May 22-24 forum began with master classes conducted by media experts from around the world. Teacher, administrator and founder of the News-Decoder news service for young people and former Reuters’ journalist Nelson Graves from France gave master classes on environmental journalism. Nelson spoke about environmental trends, stressed the importance of positive thinking and shared tips and sources for environmental reporting.

His main advice was to remember the human component when reporting a story.

“The strongest stories combine dry data and a human approach. This allows you to see the whole picture of our reality. It is necessary to find a human example and show how this or that environmental situation has affected specific people,” he said. 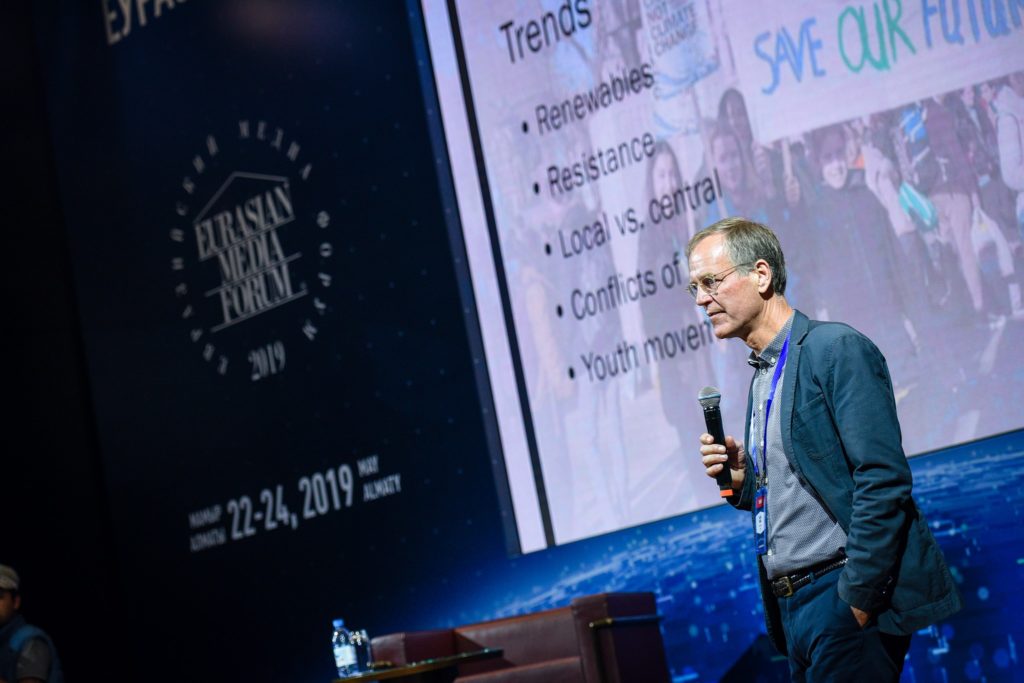 Another important issue is objectivity. He noted one source may have an opposite opinion from another source and it is necessary to check with both.

The speaker also noted that youth involvement in environmental issues is high, therefore, the world is on the threshold of a global environmental and political transformation, the initiators of which will be young generation.

“Young people are most aware of environmental issues and are involved in finding solutions. After all, climate change will affect the younger generation the most, and they are aware of this,” said Nelson.

The use of VR or AR technologies in video production is not always necessary, she said.

“Use these technologies if the story requires it,” said Rasool. “Will the story really get better, more alive, if it is presented in a 360-degree video?”

The story in VR usually is narrated from first person perspective, thus, it requires bright characters and as it is 360-degree videos it needs action, said the speaker. The technologies used reporting gives an opportunity to give voice to main characters of the story.

The next speaker, British journalist Jenny Kleeman spoke about freelance writing. Kleeman addressed questions concerning how to present one’s idea, how to sell oneself as a professional, how to make a living and how to protect oneself.

“Freelance journalism is an interesting way to make a living, but you will not be rich. (You’ll obtain) experience and emotions, yes,” she said. 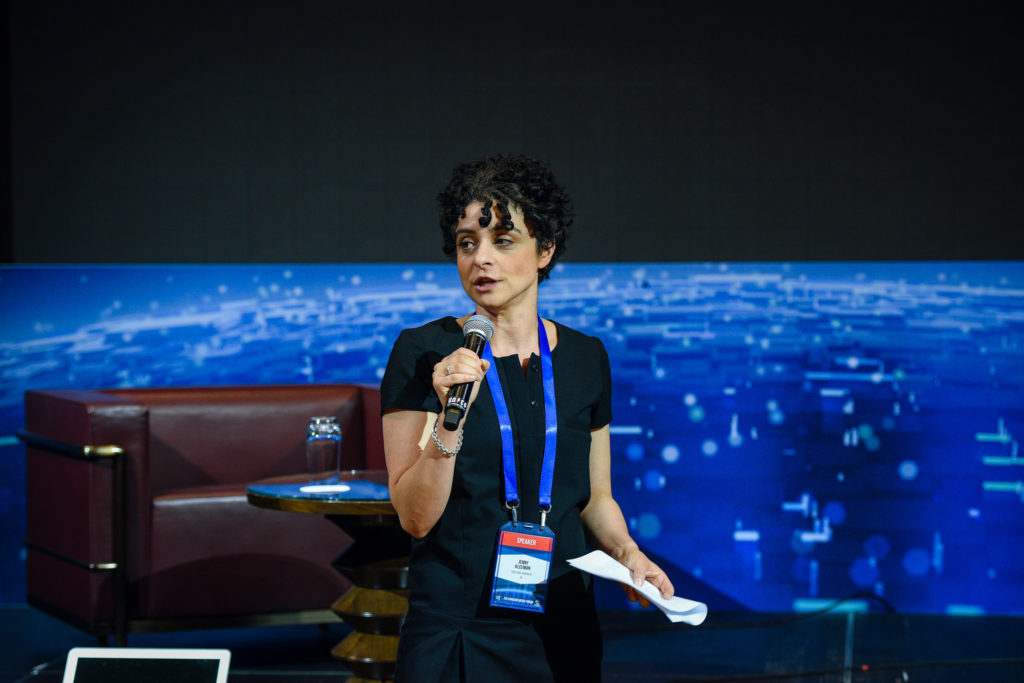 She stressed freelance journalists must unconditionally believe in oneself and never give up one’s ideas.

“Now, I am working on ideas that I once put aside five-seven years ago,” said Kleeman. “Even if your idea was rejected, your efforts were not wasted. Your efforts were wasted if you surrendered.”

TASS Russian news agency’s photo editorial staff head Grigoriy Dukor (Russia) spoke on photojournalism illustrating how a single photo can tell a story using his own works as examples. He said this is the main idea of photography in general.

For photojournalists, it is necessary to search and wait for the perfect moment and be attentive to details. Good shots cannot be made by an accident, he said. 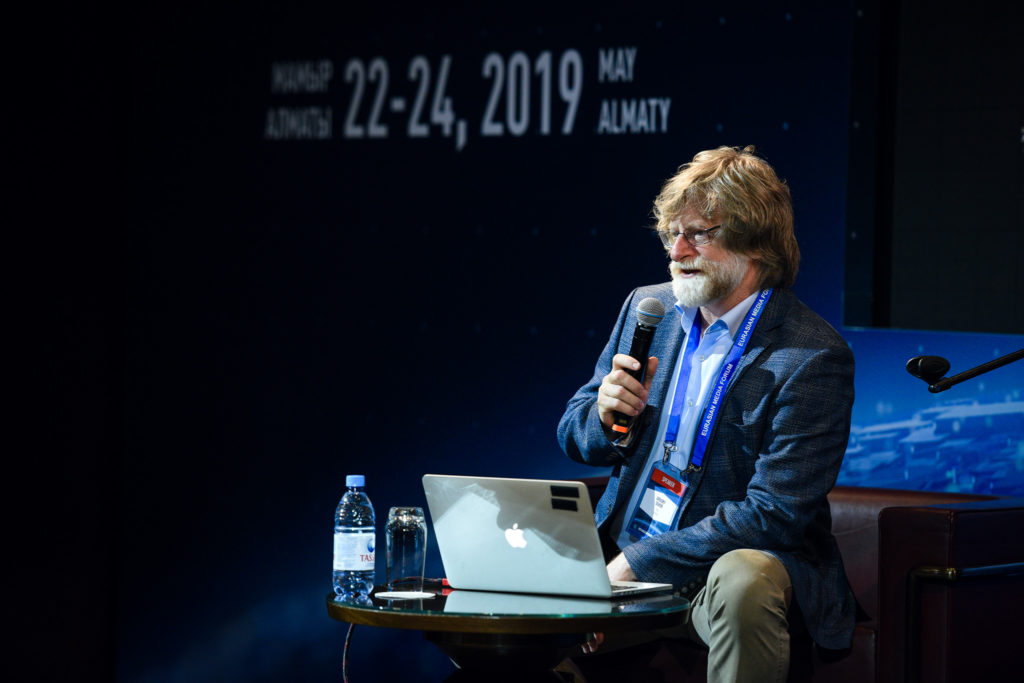 “The photographer must clearly know what he will shoot before shooting,” said Dukor.

The main distinctive characteristics of mobile journalism are accessibility and instantaneousness. It is easy to learn using a mobile phone and it is relatively cheap and small, he said. 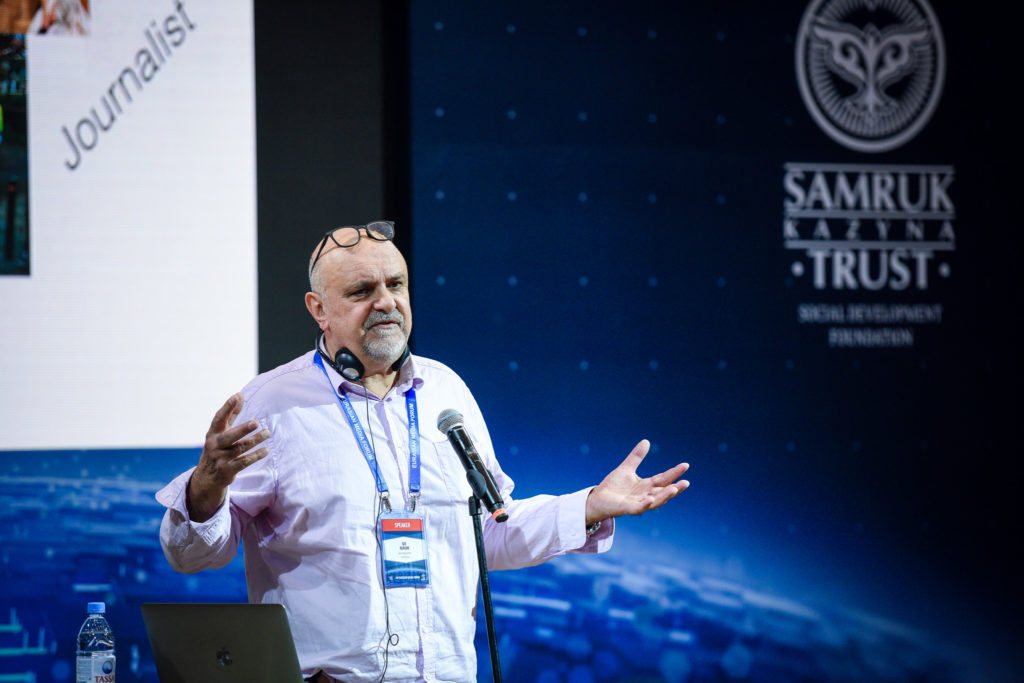 The 16th Eurasian Media Forum under the theme The World Today: Transformation of Reality, raises the questions of de-globalisation, consumption crisis, media digitisation and development opportunities and challenges associated with new technologies and artificial intelligence.

The forum, founded in 2002, annually unites more than 500 delegates from 60 countries. Its mission is to create conditions for a free and open dialogue among politicians, journalists and experts on key issues of Kazakhstan’s geopolitical, economic and socio-cultural development, Eurasia and the international community.