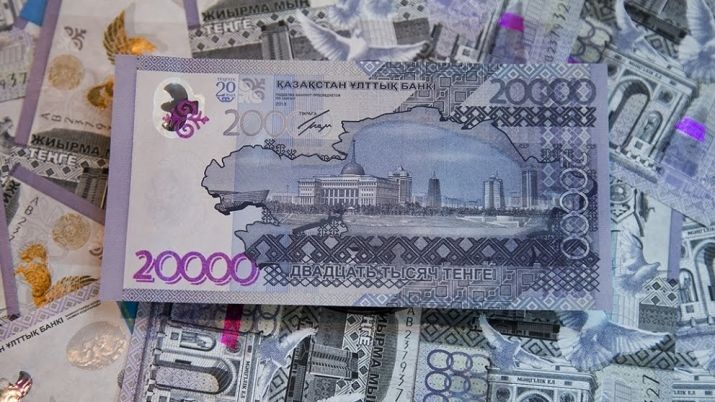 “Fundamental drivers of the exchange rate add up favourably. So, since the beginning of the year, oil prices have risen from $54 to $70 per barrel. Against the background of rising oil prices, as well as the inflow of foreign portfolio investments since the beginning of the year, the Russian rouble is strengthening. Mitigating the U.S. Fed’s rhetoric on interest rate policy also contributes to redirecting cash flows to emerging markets and the demand for Kazakhstan’s assets,” reports the Kazakh National Bank’s press service.

Despite the uncertainty caused by tensions between China and the United States over trade, global factors also suggest Kazakhstan’s currency will strengthen further.

“The balance of payments is improving. According to preliminary estimates, the current account for Q1 2019 is expected to be at the level of $834.8 million. The current account surplus for two consecutive quarters creates prerequisites for the strengthening of the tenge. At the end of April, total international reserves amounted to $86.4 billion. The assets of the National Fund have grown since the beginning of the year from $58 to $59.3 billion,” the bank writes.

The National Bank also advised against engaging in risky speculative operations based on unreliable observations.

“The National Bank of Kazakhstan recommends not to give in to provocative observations and forecasts of individual experts and not to carry out risky speculative operations. The National Bank of Kazakhstan will continue to monitor the state of the foreign exchange market on an ongoing basis and, if necessary, take the necessary measures to prevent a threat to financial stability.”

As of May 1, the foreign exchange reserves of the National Bank amounted to $27.1 billion, an increase of 0.2 percent in April. Their volume is about eight months of import of goods and services with the required minimum of three months. Total international reserves, including the assets of the Kazakh National Fund, grew in April by 0.4 percent.