NUR-SULTAN – The World Trade Centres Association (WTCA), Nest Investments Holding and Kazakh authorities planted a symbolic capsule May 17 in the foundation of what will be the World Trade Centre (WTC) at the EXPO 2017 site in the capital. It was not announced what the capsule contained, but the symbolic gesture is similar to marking the first cornerstone of a building. 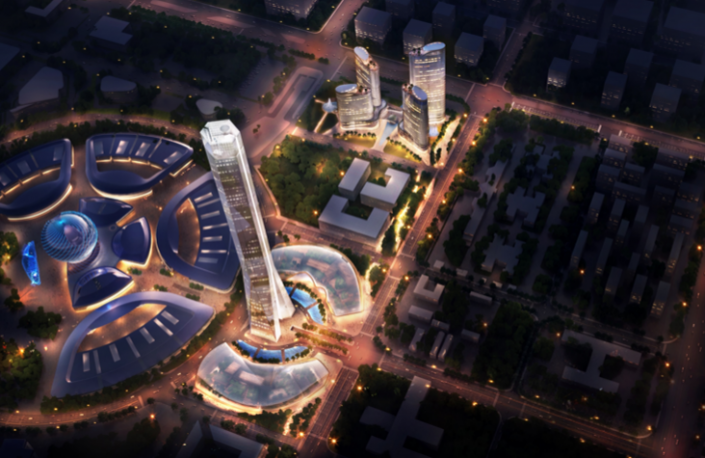 “I believe today is a significant day in the history of our capital. We moved to the implementation of many years of negotiations on the creation of the World Trade Centre Association’s point in Nur-Sultan. It is significant that at the former EXPO 2017 territory and current actively developing Astana International Financial Centre, we are creating another point of attraction for global brands, transnational corporations and investments… I would like to sincerely congratulate all of you with today’s event,” he said at the event. 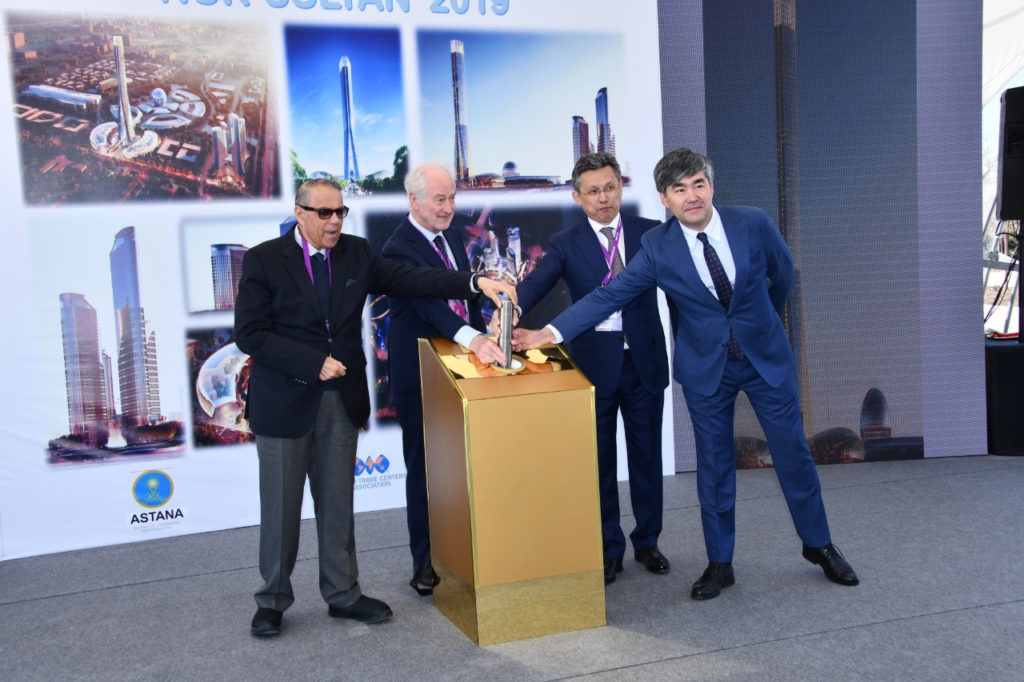 Nest Investments Holding Corporate Investments Director Mehran Eftekhar noted the WTCA, which has representatives in 90 countries, is one of the largest trade associations in the world. The WTC in the Kazakh capital will create new trade and investment opportunities.

“We are pleased that, cooperating with Nur-Sultan, we can bring such opportunities to the city. These are opportunities for creating jobs, attracting investments and technologies. We look forward to the future development of the project,” he added. 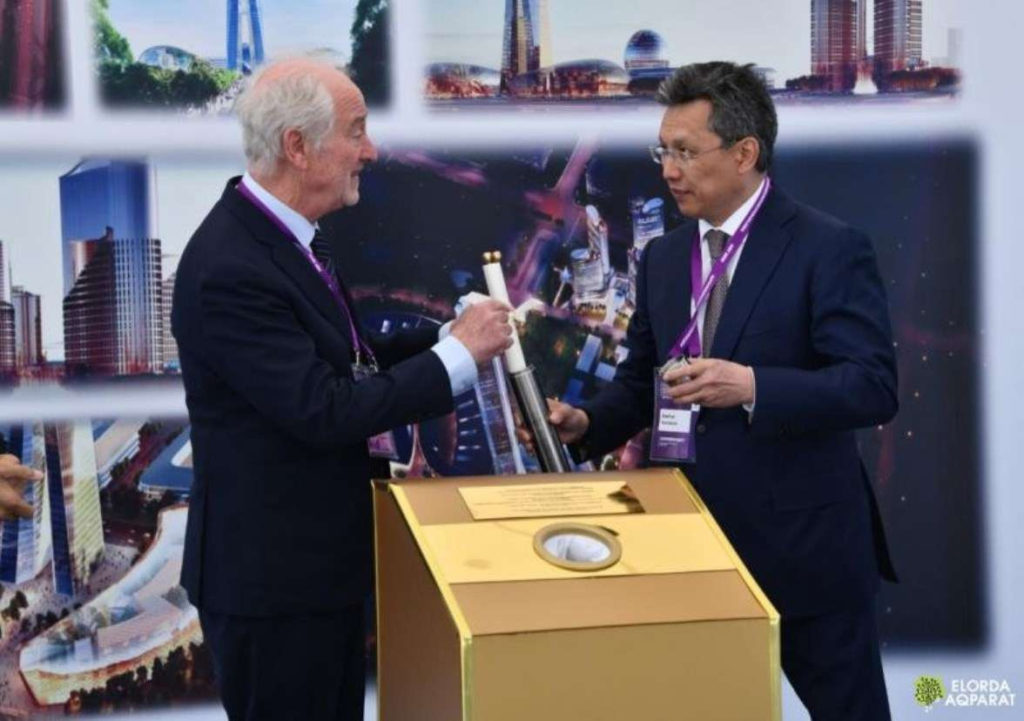 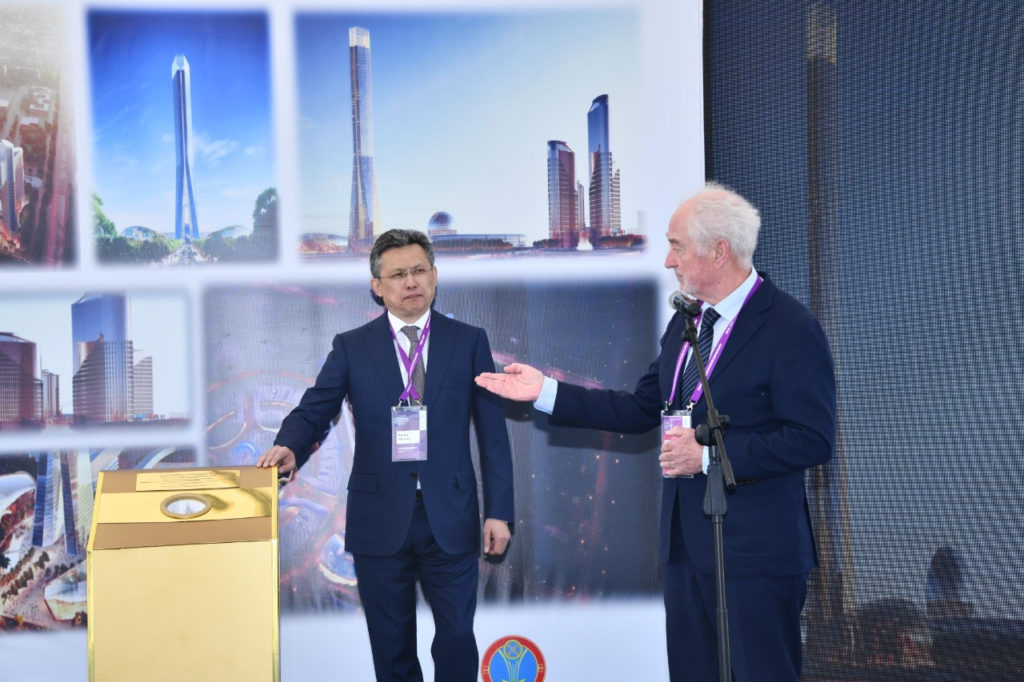 The building, to be erected on two hectares, will stand 150 metres high. The $200-million project will be built with foreign investments.

First President Nursultan Nazarbayev approved the draft sketch of the proposed WTC building Jan. 24 during the meeting with representatives of WTCA and Nest Investments Holding.

WTCA is an international organisation that promotes global trade and investment and has large-scale representation through its certified WTCs. Since 1968, such centres have facilitated relationships between local governments and businesses, providing services associated with global commerce. Major corporations such as Bank of New York, Eni, Lukoil, JPMorgan and Panasonic often open offices in the trade centres.