By Aidana Yergaliyeva in Business on 24 May 2019

NUR-SULTAN – Saumal dry mare’s milk, a brand based in the Karaganda Region, has caught the interest of the world’s largest markets such as China, the European Union, Russia and the United States. The company offers urban citizens the opportunity to enjoy the natural, nutrient-rich product of Kazakhstan’s Jabra horses. 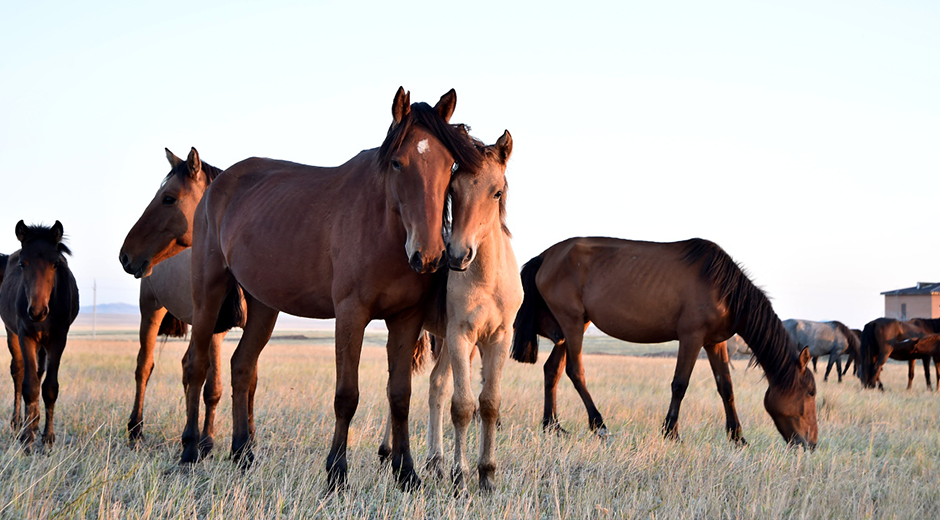 Saumal is just a four-year-old Kazakh-German initiative, yet exports totalled 30 tonnes in 2018. The enterprise daily receives milk from 1,000 mares on its own farm and from another 1,000 from farms in nearby villages.

The brand name is a Kazakh word for fresh mare’s milk. Saumal “lives” for only a few hours after milking, however, losing most of its beneficial properties. The brand’s solution is sublimation (freeze-drying) that transforms the fresh product into dry powdered milk that is just as healthy.

“Evaluation of the nutritional value of mare’s milk obtained by the method of freeze-drying showed that the organoleptic and biological properties practically do not differ from the original product, which, together with reliable packaging, allows you to store the finished product for a long time without requiring special conditions. In addition, dry mare’s milk has a very good solubility and is quickly restored when dissolved in water. At the same time, in certain proportions, powdered milk dissolved in water does not differ from fresh milk,” according to the company website. 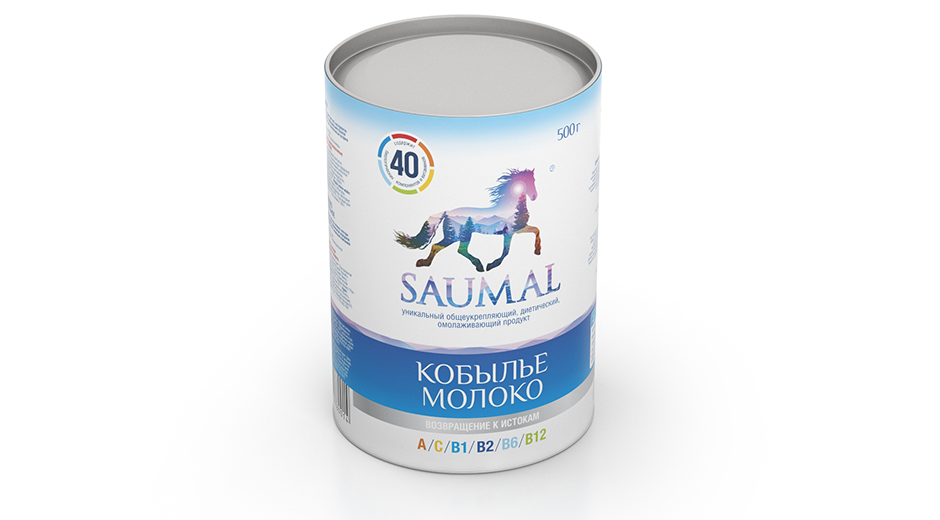 For centuries, Kazakhs have valued saumal for its healing and preventive properties for digestive system diseases. It relieves pain, increases the number of beneficial bacteria, normalises microflora and significantly reduces symptoms of skin diseases.

The company was founded by Rudolf Storch, a prisoner of war in the Kazakh steppe during World War II who contracted severe tuberculosis. Labour camp chiefs were certain he would not live long and released him to die, but local shepherds nursed him back to health with saumal. After returning to Germany and completing his research, he founded a dairy plant introducing the milk to Europe. Storch’s son-in-law, Hans Zollmann, now manages the enterprise.

Zollmann worked with Eurasia Invest Deputy Director and Saumal Chair Galymzhan Meirambekov to build the Kazakh plant, a much larger, but exact replica of the Storch facility. With years of expertise in obtaining high quality dry mare’s milk, he assisted and controlled the process from the start.

“In contrast to European stud farms, where it is supposed to be stalling, our horses are in their natural habitat, which is a great advantage and affects the rearing of horses and obtaining mare’s milk of excellent quality,” noted the website. 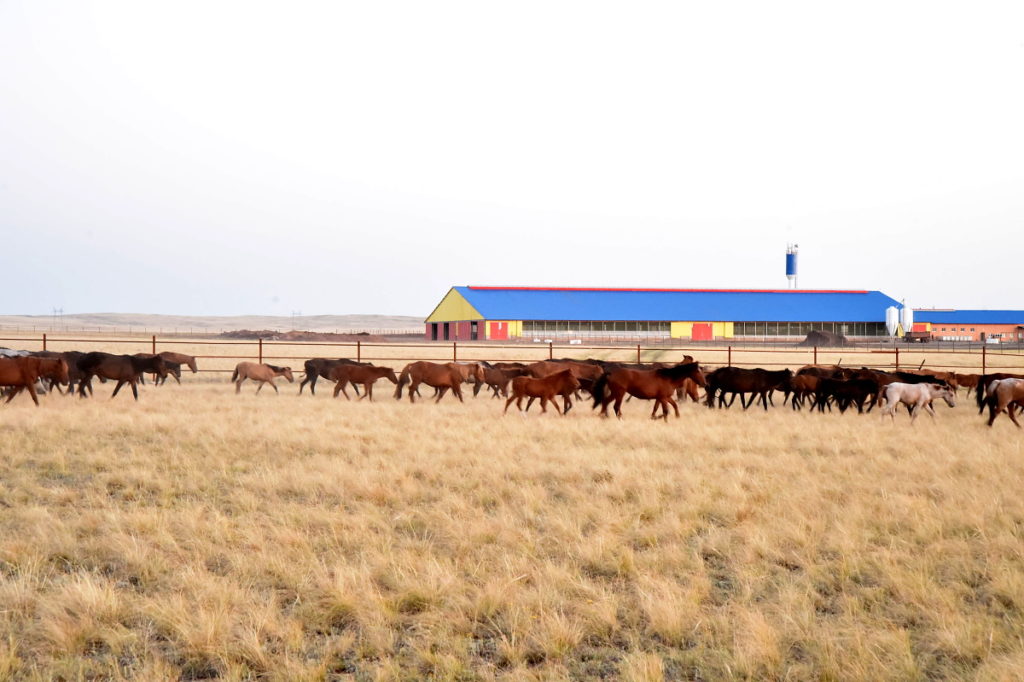 Initially, Saumal targeted the Chinese market, as it noticed an especially high demand from the country’s pharmaceutical companies. Yet large volume exports have been stalled in obtaining permits, a situation that has been continuing for several years. The Khorgos customs post is now the only bridge to reach Chinese buyers.

Saumal has entered other markets. Products recently began appearing in Russian chains such as Globus Gourmet and Miratorg.

“In general, more than 30 companies are now engaged in the production of dried mare’s milk in Europe, but lately they have been failing to cope with growing demand. So, there is interest in cooperation with us. In matters of strengthening relations with German manufacturers, the ambassador of Kazakhstan to Germany, Bolat Nussupov, helps us,” Meirambekov told forbes.kz.

Saumal has been selling its products in the U.S. for the last six months through Amazon, the world’s largest online retailer. The initial goal was to use an electronic platform to study the market and estimate demand. The new product has increased interest among buyers and sales are showing steady growth. 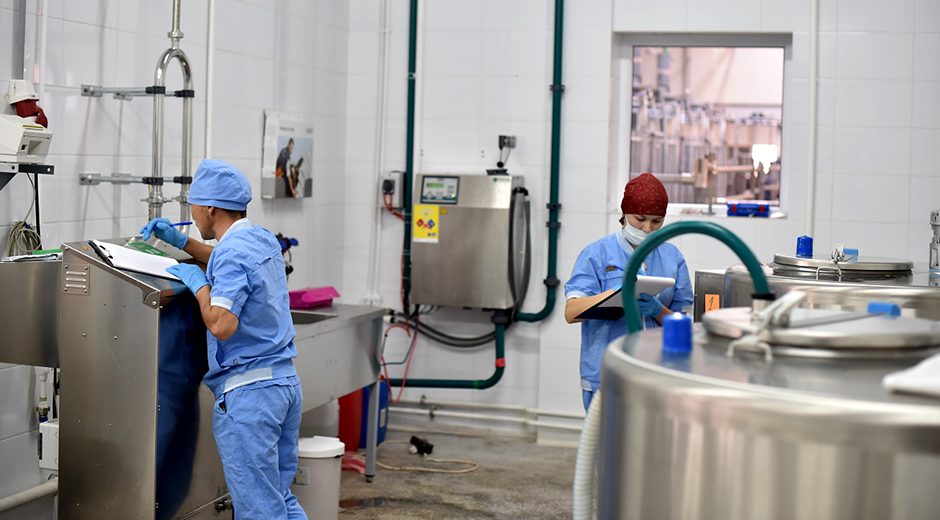 “For all these reasons, Amazon is a very promising platform for us,” said Meirambekov. “Besides, we are confident that the future of trading is in the online format and we are entering it in time. At the end of the year, we plan to summarise all the data on the results of sales and publish them.”

The company hit a breakthrough in sales with Saumet, a mare’s milk capsule. A recommended daily intake of two capsules is designed for those who do not typically drink liquid milk. The Kazakhstan Science Foundation allocated a grant to commercialise the project.

Eurasia Invest also has plans to increase production volumes of sublimated camel milk under the brand name Saubota. Daulet-Beket in the Almaty Region is currently the sole supplier. The company expects to work with other areas where camel breeding is well developed, such as the Atyrau, Kyzylorda and Mangistau regions.

“Camel milk in the world is much more known and popular than mare’s. It is readily bought by many foreign countries, including the states of the Middle East, Europe and the United States,” said Meirambekov.