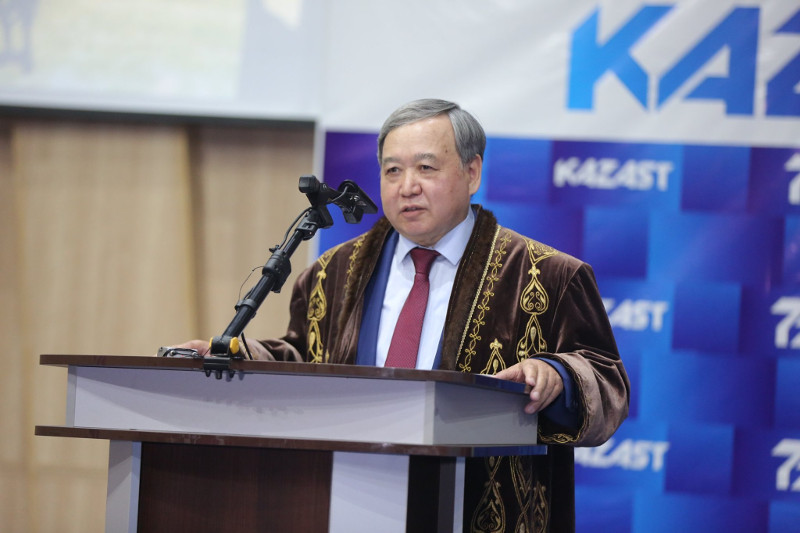 “I made such a decision (to propose my candidacy) to take the most active part in the democratisation of society, not in words but in deeds. I want to change our country for the better,” he told sputniknews.kz. “I am not a member of any party. I am an independent candidate from the Uly Dala Kyrandary national movement. My motto is ‘Justice, equality, freedom.’”

Tugel proposes reforming the political system and proposes to submit a draft of a new constitution to the referendum. He suggests electing akims (city mayors and governors) at all levels; abolishing privileges and immunities for officials and deputies and establishing a unicameral parliament, where candidates for deputies should have the right to self-nominate and 50 percent should be single-mandate. He also proposes introducing the death penalty for paedophilia and corruption.

To reform the economic system, he suggests nationalising the country’s assets in foreigners’ property and providing every citizen with “additional annual income from natural resources.”

Tugel emphasises the importance of teaching moral values to youth, issues of social welfare such as increased payments and benefits for mothers of many children and pensioners, and accessibility of free education and medicine.

“Our Kazakhstan is a country rich in natural resources and minerals and Kazakhstan’s people should not be in need! Everyone should receive subsidies from subsoil use, should be provided with housing, receive free higher education and medical care!” he said during his May 20 meeting with people in Almaty, reported tugel.kz.

Tugel, 64, was born in the Amangeldy village of the Ulan district in East Kazakhstan Region. He graduated from the journalism faculty of Kirov Kazakh State University in 1982. Throughout the years, he worked as a translator-correspondent for the Rassvet-Orken Ulan regional newspaper, regional people’s deputies council executive committee instructor, regional Komsomol of Kazakhstan committee first secretary, Astana Dauys information agency general director and Kazakh Senate department head.

Since January 2006, he has been engaged in creative and social activities. He is the National Equestrian Sports Federation vice president and Uly Dala Kyrandary co-chairperson. The movement, founded in 2011, aims to develop people’s cultural and national values.