NUR-SULTAN – The Kazakh capital has been chosen to host the 2021 World Combat Games, the Global Association of International Sports Federations (GAISF) announced recently. 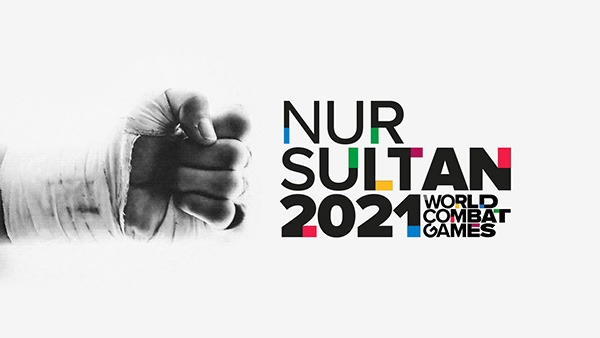 The games usually feature 15 Olympic and non-Olympic sports, such as aikido, boxing, fencing, judo, ju-jitsu, karate, kendo, kickboxing, Muay Thai, pankration, sambo, savate, sumo, taekwondo, wrestling and wushu. The May 3-9, 2021 programme has yet to be confirmed.

“We are delighted to have been awarded the 2021 World Combat Games,” said Kazakh Martial Arts Association President Karim Massimov. “Combat sports and martial arts are extremely popular throughout Kazakhstan and it is sure to be a wonderful celebration of sports.”

GAISF and the local organising committee signed the host city agreement May 10 during the GAISF General Assembly at Australia’s SportAccord Convention. The capital was selected for its modern facilities and the country’s passion for combat sports and martial arts.

“Creating a platform for our members to showcase their disciplines through multi-sport games is one of GAISF’s main priorities,” said newly-inaugurated president Raffaele Chiulli. “We are excited to be working with the team from Nur-Sultan and the launch of the World Combat Games.”

The city’s main venues, the Martial Arts Palace, Alau Ice Palace and national velodrome, are in close proximity to each other and will be complemented by a festival plaza offering an all-in-one experience. The Martial Arts Palace, designed for major international competitions, is in the final stages of construction and will open this summer.

Next year, the organisers will launch the World Combat Games Festival, incorporating Kazakhstan’s 14 regions in a country-wide celebration.

Established in 1967, GAISF is the umbrella organisation for Olympic and non-Olympic international sports federations, multi-sport game organisers and sports-related international associations. The World Combat Games were most recently held in Saint Petersburg in 2013, as this year’s competition in Chinese Taipei was cancelled amid plans to revise the format. Starting in 2021, the event will be held every four years.