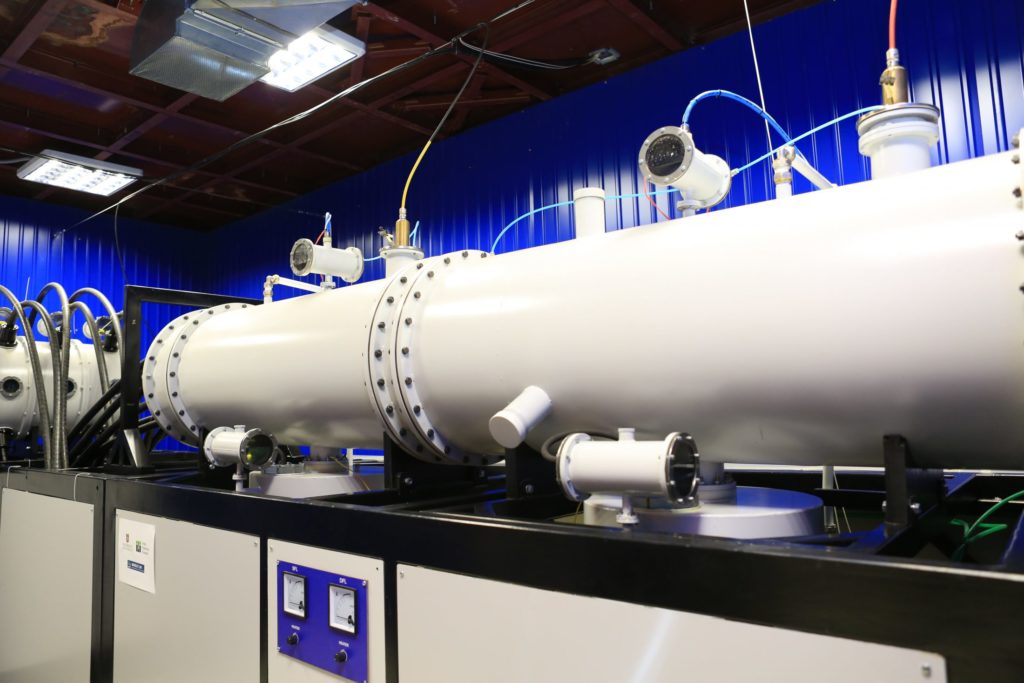 INURA is a high-current pulsed ion accelerator, developed to be multi-purpose and used in both theoretical and applied research. It provides 10,000 Amperes ion current in 80 nanoseconds, with ion energy of 400 electronvolt (eV).

It is the result of a five-year inter-university effort by researchers from Nazarbayev University (NU), the U.S. Lawrence Berkeley National Laboratory and Russian National Research Tomsk Polytechnic University (TPU). The Kazakh Ministry of Education and Science has been financing the project.

“There are many of our accelerators there (at the Berkley Laboratory), but, working with them, we created one that does not match the parameters with those that they have. Therefore, our partners from Berkeley, Tomsk and other cities can work at the Nazarbayev University accelerator, which will become the basis of international cooperation and progress,” said one of the research project’s team leaders and NU’s Science and Technology School Assistant Professor Alexander Tikhonov. 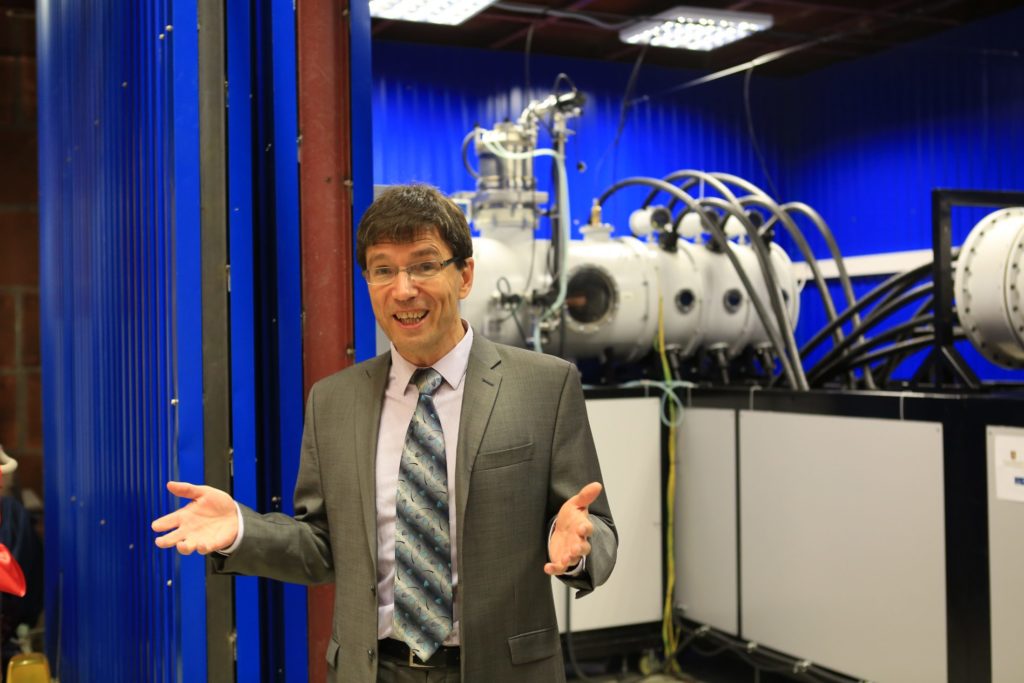 The accelerators of this type modify a material’s structure and properties. INURA also fabricates new advanced materials that can vary from solid bulk to nano. The Nazarbayev University researchers will use it for plasma and charged particle beams studies.

“Now there are thousand accelerators of different sizes for different purposes in the world, and our accelerator is small but multi-functional,” said Tikhonov. “Using the accelerator, we will receive new materials with unique properties. For example, we are currently working with so-called transparent conductive coatings used in smartphones, computers. We created such coatings based on silver nanowires, that is, made silver thin films invisible to an eye, covered the glass with them, irradiated with an accelerator, and the result was a coating with good conductivity properties, and most importantly, it would be technologically justified, because the existing technology is so flexible and mechanically less durable.”

The multifunctionality of INURA opens doors to more interdisciplinary projects that can involve researchers from engineering, physics, chemistry and biology. Biologists already have shown interest in irradiating plant seeds to obtain their new beneficial properties at the accelerator. 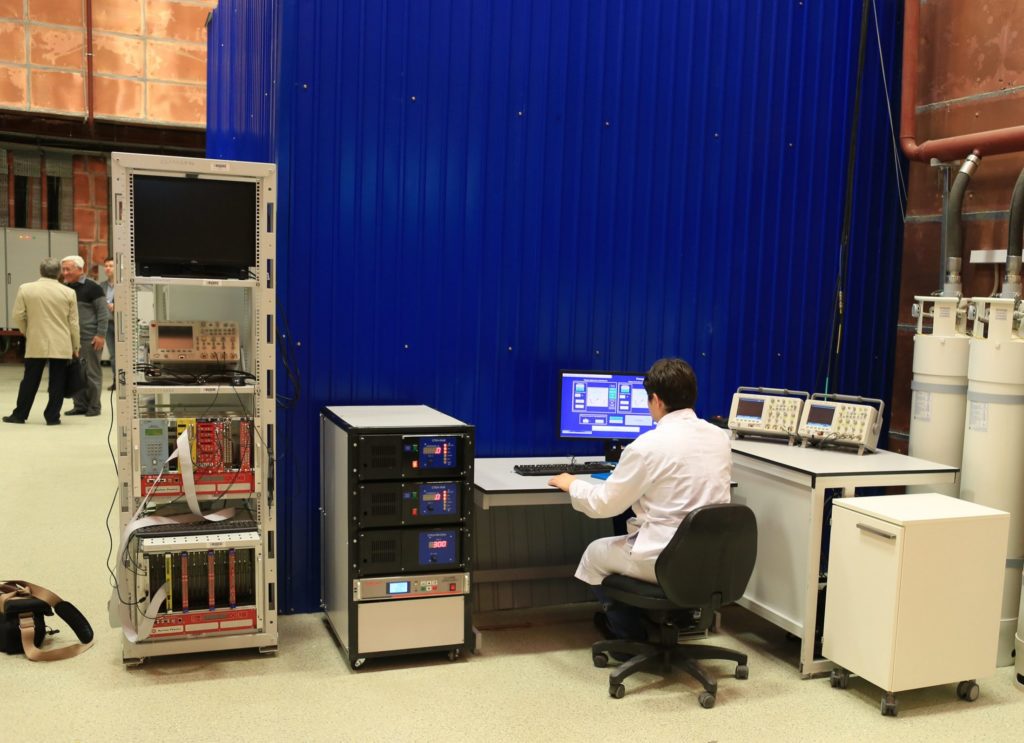 According to TPU Research Fellow Mikhail Zhuravlev, INURA’s best feature is its flexibility, as older accelerators have limited ranges for material modification. INURA, for example, can generate a bipolar pulse from 0.2 to 2 microseconds. In addition, the accelerator can operate in single-pulse mode. All these features significantly expand researchers’ capabilities, reported news.tpu.ru.

“We created a truly unique installation, which we developed with the best experts in this field from around the world.  This technology has already shown its relevance, both in Kazakhstan and abroad,” said Nazarbayev University President’s advisor Kanat Baigarin, who is also one of the project’s team leaders at NU.

The same day, researchers from the universities involved in the project’s design along with representatives from the Institute of Nuclear Physics, the Eurasian National University and the Kazakh National University organised a seminar. They discussed the first results of experiments with the INURA accelerator, the application of pulsed beams to modify transparent conductive coatings, the synthesis of nanopowders, structural modification of nanomaterials, as well as the study of charge neutralisation of the beam of nanosecond duration of the bulk plasma.