Indian envoy says relations with region have lasted for more than 2,000 years

NUR-SULTAN – Indian Ambassador to Kazakhstan Prabhat Kumar, who finds Central Asia to be India’s extended neighbourhood, considers the region to be a very important one for his country strategically, economically and politically. The two nations, with many similarities in culture and traditions, have had a number of exchanges in the past and now have an opportunity to further develop relations. 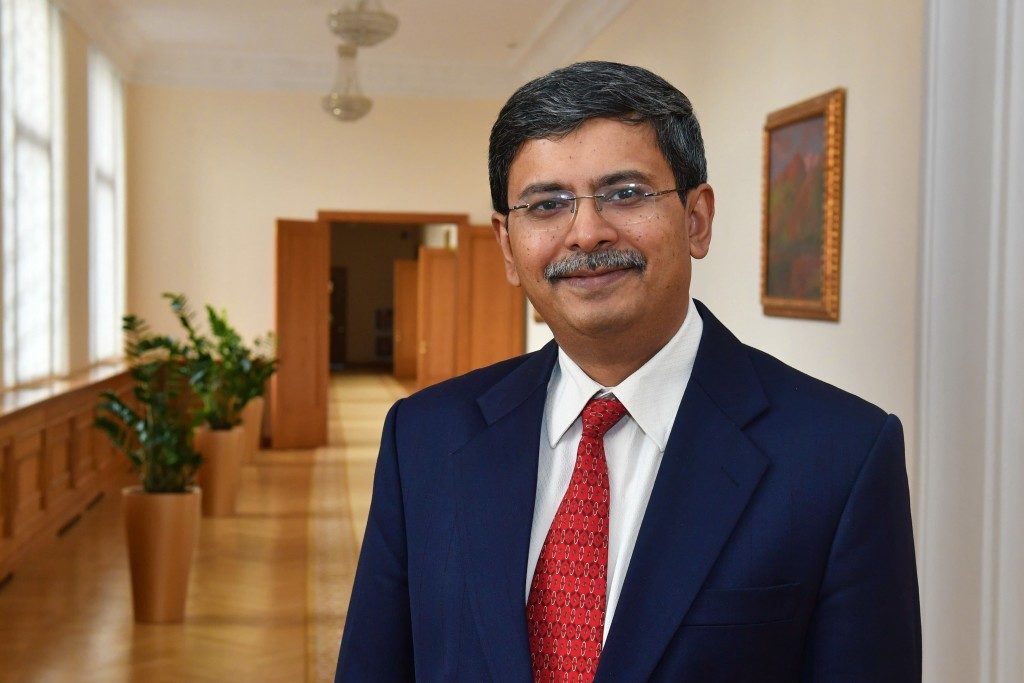 “India and Kazakhstan have interacted for a long time. The relations are more than 2,000 years old. In the ancient times, we had many people going from this part of the world to India, especially the Sakas and the Kushans. They went to India and established kingdoms,” said Kumar in an exclusive interview with The Astana Times.

“Also, the Buddhist monks travelled from India to China through Kazakhstan. In the Middle Ages, India got one of its rulers from here – Mirza Muhammad Haidar Dughlat, who established his reign in Kashmir and was its ruler for 10 years,” he noted.

Prime Minister of India Jawaharlal Nehru and his daughter Indira Gandhi visited the USSR in 1955. India was one of the first countries to establish diplomatic relations with independent Kazakhstan in February 1992.

“We have established excellent and very strong relations between the two countries, which is manifested in many ways. One is, of course, visits at the highest level. Kazakhstan’s First President visited India five times and our Prime Ministers have also visited Kazakhstan. Specifically, all our Prime Ministers have travelled to the country. There is a very good bilateral relationship at the top level, good economic relationship and good cultural relationship. In all spheres, we are doing very well,” said Kumar.

“We are looking forward to increasing the trade much more. In the last two years, we had a 22-25 percent increase and we hope that it will be increasing. We have a lot of interaction in culture, especially Indian dance groups that come to Kazakhstan and Kazakh dance groups that go to India. Of course, Indian movies and shows are very popular here. I see a lot of appreciation of Indian culture in Kazakhstan. Similarly, there is a lot of appreciation of Kazakh culture in India,” he said.

India has been involved in UN peacekeeping since 1955, an opportunity which Kazakhstan wanted to explore. Because Kazakh forces are smaller in number, however, the country could not send its own battalion for peacekeeping purposes to Lebanon and India offered a joint deployment. Known as Indkazbat, it was the first time in UN history that two countries formed one battalion.

“We also do many joint military exercises on counterterrorism. Last year, a company of the Indian army came to Kazakhstan and this year, Kazakh army representatives will go to India,” said Kumar.

“We have a connectivity problem. We have air connectivity, but land connectivity is not very good. So, we are working in the International South corridor starting from Iran through Russia. Kazakhstan will be one of the branches of the route. The purpose is to decrease the transportation period for cargo to 20 days, which will improve trade between our countries,” he added.

India is the world’s third largest energy consumer and the country would like to invest in the Kazakh energy sector, he noted. Both nations are doing well in space and are interested in coordination.

The countries can also improve cooperation in nuclear energy technology and IT technologies, especially with Kazakhstan choosing the digitalisation path. India has established the Centre of Excellence in Information Technologies, a key project implemented in Kazakhstan in 2015. The centre recently trained Kazakh IT engineers via video conferences in big data analytics.

Kumar highlighted relations are good not only with Kazakhstan, but all Central Asian countries. India and Uzbekistan organised an event in Samarkand Jan. 12 inviting all the region’s foreign ministers, the former’s first dialogue with the countries at the foreign minister level. The next meeting will take place in New Delhi in 2020.

“We have also proposed establishing the Central Asia Development Fund. A number of projects can be taken under the fund. We have excellent relations with all countries in the region,” said Kumar.