By Aidana Yergaliyeva in Business on 1 April 2019

NUR-SULTAN – Dauren Baltabaiuly, an entrepreneur from the Saryagash district in Turkestan region, has aroused the interest of locals since planting 40,000 paulownia trees on two hectares. 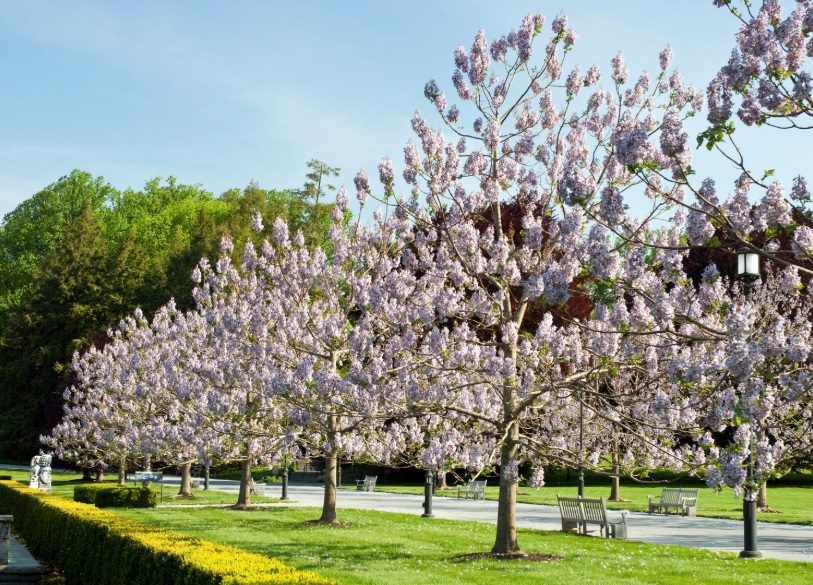 One of the fastest growing trees in the world, paulownias are often used in manufacturing. The business may seem like a slow effort, but it is a sure way to earn money and work towards a greener environment.

Baltabaiuly discovered the business while studying at a university in China, reported 24.kz. He was the first in the region to grow and sell paulownia and in several years, his empty farmland became a forest.

“Paulownia has many advantages. It grows quickly and has natural protection against insects. In one year, the tree can grow up to five metres; with good care it will reach 20-25 metres over five years, after which it will grow in width,” he said.

The fast-growing feature makes planting paulownia an environmental solution. It prevents erosion in fertile soil and a significant amount of its biomass, after leaf fall, enriches the soil with useful organic substances. It is the fastest way to restore land plots damaged by fires, landslides, mudflows and other natural disasters.

The tree’s large leaves provide substantial surface, allowing them to absorb ten times more carbon dioxide than those of ordinary trees. The leaves are 20 percent protein, making them a nutritious feed in animal husbandry.

Paulownia (or pavlovnia, often referred to as “princess tree”) was named in honour of Anna Pavlovna, queen consort of The Netherlands and one of six daughters of Emperor Pavel I of Russia. The wood grows straight and is in high demand in manufacturing furniture and musical instruments, as well as in aircraft and shipbuilding.

Local residents also use the species for fast landscaping and intend to plant more seedlings.

“We are trying to grow trees throughout the region. Now, we plant [them] around the sports complex. The fact is that during the day, the sunrays fall directly into the windows of the gymnasium and prevent children from exercising. We hope that the tree will grow quickly and create a lot of shadow here,” said physical culture and sports department head Ablyazim Zhanshuakov.