Today in Uzbekistan and Kazakhstan, we are witnessing and directly participating in the process of updating the centuries-old chronicle of friendship and good-neighbourliness between our countries. 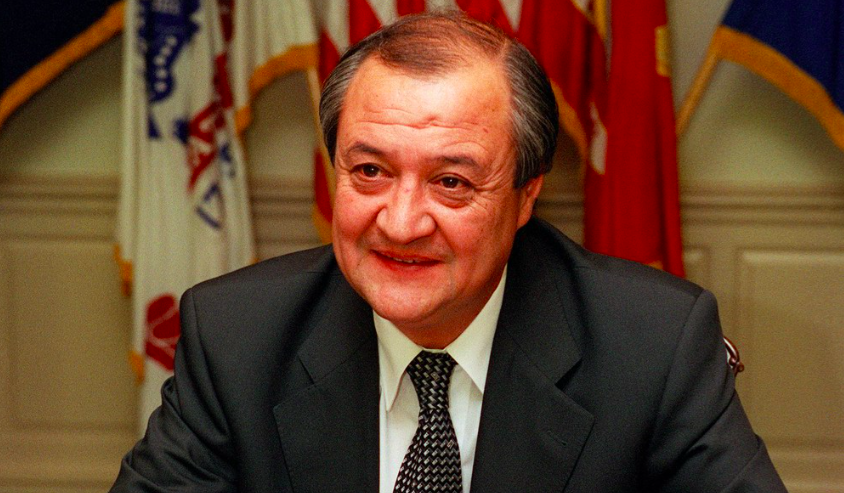 For a long time, Uzbeks and Kazakhs have been living in peace and harmony, providing support to each other. Time-tested fraternal relations and a high level of strategic partnership are enriched with new content. Over the past two years, we have managed to achieve significant results in the development of Uzbek-Kazakh relations in various fields and directions.

Due to joint efforts, a completely new atmosphere of political trust has been created. A breakthrough has been achieved in resolving many issues that in the past created obstacles to mutual rapprochement to achieve common interests in the further development and improvement of the well-being of our peoples. Trade, investment, transport, communication, cooperation, production, cultural and humanitarian ties, cross-border and interregional collaboration, interaction in the field of security and joint resistance to modern challenges and threats have been intensified and expanded.

A solid foundation has been created to ensure dynamic development of mutually beneficial and multifaceted cooperation based on the provisions of the agreements on eternal friendship and strategic partnership. The legal framework for bilateral cooperation has been significantly strengthened.

Today, we have all the necessary conditions for fruitful and constructive cooperation – deep mutual understanding at all levels. This was largely facilitated by the mutual visits of the heads of our states, which undoubtedly gave new impetus to further strengthen the strategic partnership.

Each meeting of the heads of Uzbekistan and Kazakhstan is always perceived with great uplift and keen interest, since as part of these meetings the sides exchange views on many issues of mutual interest and reach agreements to further strengthen friendship and cooperation.

At the same time, meetings at the level of ministries and agencies have also become regular and cooperation between regions is actively developing. Border and inter-regional relations are expanding and deepening and new mechanisms for activating economic relations are being developed.

In this context, the First Uzbekistan-Kazakhstan Interregional Cooperation Forum, held with great success last November in Shymkent, marked a significant milestone in bilateral relations. The results of the forum vividly showed the wide, yet untapped potential of Uzbek-Kazakh economic cooperation.

New approaches and trends in the interaction between our countries have led to the intensification of bilateral trade and economic and investment cooperation. Kazakhstan has a firm position as one of the largest foreign trade partners of Uzbekistan. Significant results have been achieved in the development of mutually beneficial cooperation between our countries in economic, trade, transport, scientific, technical, cultural and humanitarian areas. Bilateral trade in 2018 increased by 47 percent and reached $3.022 billion.

One of the key components of Uzbek-Kazakh relations is the cultural and humanitarian area, which plays an important role in preserving and strengthening inter-ethnic peace and harmony, cultivating a sense of mutual respect, mutual enrichment and further rapprochement of the peoples of our countries. The Year of Uzbekistan in Kazakhstan in 2018 is a vivid example of the development of bilateral cultural ties.

This unique event, organised for the first time in the history of many years of our fruitful cooperation, is a striking example of true fraternal relations between two close nations. We are actively working to organise the Year of Kazakhstan in Uzbekistan this year.

The level of successful and productive interaction achieved over the past two years fully meets the interests of the fraternal peoples of Uzbekistan and Kazakhstan and contributes to ensuring stability and progress throughout the region of Central Asia.

Such a breakthrough was made due to the political will of the heads of our states – Shavkat Mirziyoyev and Nursultan Nazarbayev – aimed at developing good-neighbourly relations and strengthening and further deepening regional cooperation and unity of the countries of Central Asia.

The President of the Republic of Uzbekistan clearly and precisely defined that the main foreign policy priority of the country is to pursue an open and constructive policy towards its closest neighbours, solving the problems of Central Asia based on equality, mutual consideration of interests and search for reasonable compromises. All these efforts should be aimed at turning Central Asia into a region of stability, security and prosperity.

Achieving these objectives, as well as ensuring sustainable and dynamic development of our entire region, depends largely on how closely and harmoniously the interaction of the Central Asian states is built. In this vein, the partnership of our fraternal countries is important for strengthening regional stability and developing cooperation throughout Central Asia.

This applies not only to political, trade, economic, cultural and humanitarian cooperation, but also to interaction in the fight against major trans-border threats in Central Asia – terrorism, religious extremism, organised crime and drug trafficking.

We should note our close cooperation among international organisations, primarily the Commonwealth of Independent States (CIS), Shanghai Cooperation Organisation (SCO), United Nations (UN) and others. We highly appreciate the level of mutual support while considering within these organisations the most important issues affecting the interests of Central Asia as a whole.

Among them, of particular importance is the creation of a Central Asian Nuclear Weapon Free Zone (CANWFZ), as well as the announcement of Aug. 29 as the International Day against Nuclear Testing. The global community not only supported the aspirations of the Central Asian countries for a world free of nuclear weapons, but also acknowledged the merits of Kazakhstan in this process, which announced the closure of the test site near Semipalatinsk.

In addition, Uzbekistan supported the bid of Kazakhstan for non-permanent membership in the UN Security Council, as well as its initiative under the chairpersonship in the Security Council on organising a ministerial debate in 2018 on Building Regional Partnerships in Afghanistan and Central Asia as a Model for the Security-Development Nexus.

In this context, I would also like to note the joint implementation of the initiative of President Mirziyoyev in organising regular consultative meetings of the heads of Central Asian states, which is historical in its significance for Central Asia. This initiative was fully supported by President Nazarbayev and at the suggestion of the head of Kazakhstan, the first such meeting was held on March 15, 2018 in Astana.

It should be emphasised that this format is a good platform for the countries of the region to maintain a regular confidential dialogue and develop coordinated approaches on topical regional issues. The practical implementation of this initiative was made possible thanks to the strong commitment of the Central Asian states to the idea of common interests and responsibility for the future of the peoples of the region.

The adoption of the UN General Assembly resolution titled “Strengthening regional and international cooperation to ensure peace, stability and sustainable development in the Central Asian region” in June 2018 was of utmost significance. This decision was an important step in the development of Central Asia as a common, consolidated region, states of which are capable of jointly solving common problems and ensuring the prosperity of its multi-million population.

The countries of Central Asia also became co-authors of the UN General Assembly Enlightenment and Religious Tolerance resolution adopted in December 2018. The resolution is aimed at promoting peace, mutual respect, tolerance and integration, the purpose of which is to strengthen and ensure religious freedom, protect the rights of believers and prevent discrimination.

Today, Central Asia is no longer a periphery of world politics. Every year, the region attracts the increasing attention of the global community and key actors of international relations. This is also facilitated by the growing activity of the countries of the region and their involvement in the discussion and resolution of the most important issues of regional and global politics.

These successes were achieved thanks to the joint efforts and mutual support of the countries of the region, including Uzbekistan and Kazakhstan, to regional initiatives.

In this context, I would like to note similar positions of the leaders of Uzbekistan and Kazakhstan, who consistently advocate for strengthening regional partnership, deepening integration in various sectors of the economy and developing cultural and humanitarian ties.

Today, the process of creating broad opportunities for deepening and building up interregional cooperation and bringing it to a new level is underway. A new page in the centuries-old chronicle of friendship, good-neighbourliness, mutual support and cooperation has opened before the states of Central Asia.

All these factors laid the foundation to implement new, major regional economic and political initiatives and strengthen the common interests of the countries of the region in the field of security and sustainable development, as well as the common cultural and civilisational identity of Central Asia.

It should be emphasised that our countries have a firm political will and are ready to work together to keep a trustful, open and constructive dialogue over the whole range of interaction-related issues and to make the necessary efforts to strengthen multi-faceted practical and strategic cooperation in all areas of mutual interest, both at the bilateral and regional levels with the active participation of all Central Asian states.