By Nazira Kozhanova in Business on 2 April 2019

NUR-SULTAN – Kazpost used drones to increase the volume of newspapers and magazines delivered to rural areas tenfold in 2018. The action has made periodical delivery more cost-efficient. 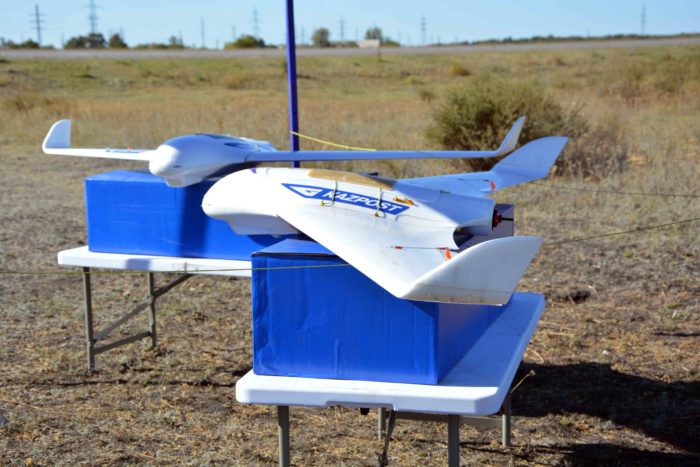 The postal service distributed 11,000 kilogrammes of newspapers and magazines via drones last year, a number made possible due to the large range of regions which Kazpost covers, according to company board chairperson Saken Sarsenov.

“For the last year, we were able to transport 11,000 kilogrammes of periodicals using unmanned aircraft; overall, to 150 cities and villages in the Almaty, Zhambyl, Karaganda, Turkestan, East Kazakhstan and Kostanai Regions. We used 20 drones, each with a carrying capacity of four kilogrammes,” he said, reported Kazinform.

The project was launched in 2017, when 1,150 kilogrammes of newspapers and magazines were taken to Kazakhstan’s distant areas. The same year, drones delivered packages to just 30 villages in mountainous regions. The aircraft are particularly convenient for the country due to its geographic vastness and certain regions being challenging and expensive to reach.

“We now use the service model, i.e. we pay not for the drones themselves, but for each flight. It’s very efficient for us because sometimes we have to send a car to deliver two kilogrammes of newspaper using mountain roads. This car has to drive 180 kilometres. Currently, drones can carry two kilogrammes across the mountains, so the entire delivery distance is only 40 kilometres,” he said.

Kazpost pays less than $1 for drones to deliver one kilogramme of newspapers and the company has found ways to use the money it is saving.

“If earlier we planned to purchase new equipment and hire new workers to deliver daily newspapers to residents of each village, then now this problem is solved and resources that became available can be directed to postal offices’ renovation and system update,” Sarsenov told Profit.kz.

“They (drones) are assembled in Kazakhstan; we make them ourselves out of details made both in Kazakhstan and abroad. All microchips and electronics are developed by us,” he said.

In the future, Kazpost plans to use drones to deliver small packages.