NUR-SULTAN – Surgeons at the capital’s Presidential Hospital are expanding their capabilities in robot-assisted surgery. Using equipment which reduces blood loss and operation time, they have begun doing new procedures to remove kidney tumours and uteruses. The training centre opened in November. 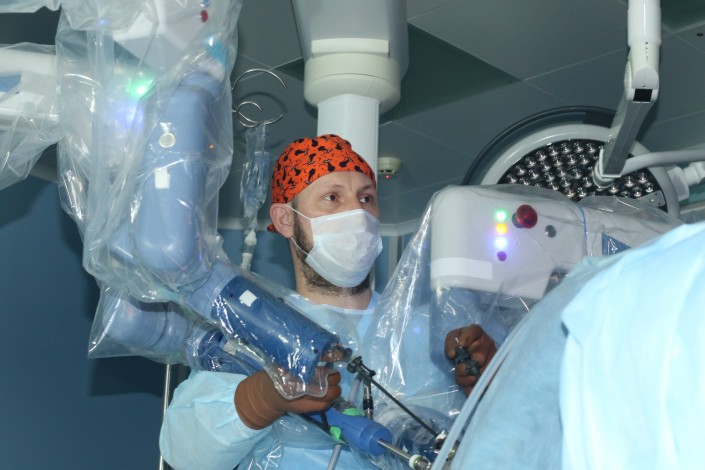 “The main advantage of the robot is higher accuracy and better magnification, which leads to less blood loss and faster recovery. The robot is completely under the control of the surgeon. It is an effective tool that in the hands of an experienced doctor leads to a better result and saves lives,” said David Samadi, an American urologist who advises surgeons on robot-assisted technology.

An ultrasound device, the world’s first working with a Senhance surgical robotic system, was applied during urological surgery to remove a kidney tumour. 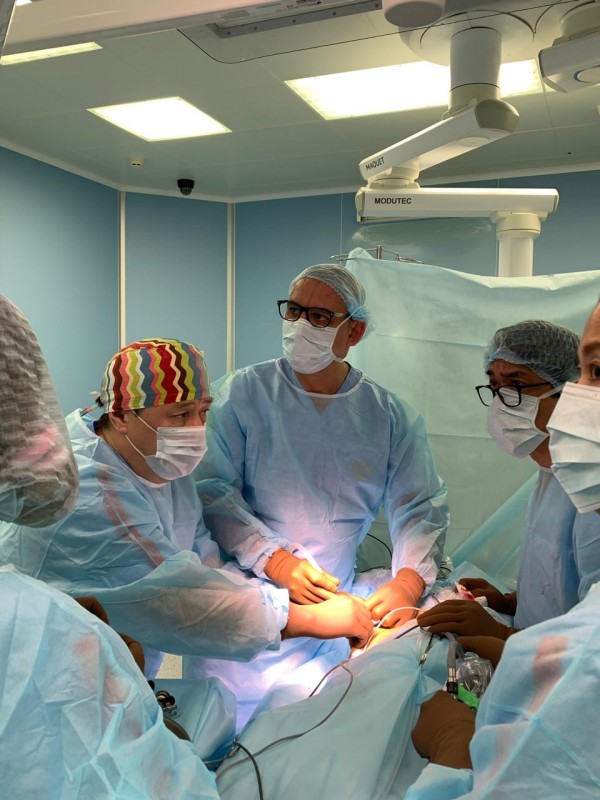 “This is really a very difficult operation and it was successful. It was easier, of course, to remove the kidney, but we did an operation to preserve the organ. The so-called partial nephrectomy of the left kidney, that is, its partial removal, was carried out. The kidneys and the functions of the organs are preserved and she will continue to live as an ordinary, healthy person,” said surgeon Yerlan Yensebayev referring to a recent patient.

“A total hysterectomy is the removal of the uterus and adjacent organs. The patient had a pathology of the cervix and fibroids. Today, for the first time in our hospital, we used the radio tool to perform such an operation. It allows surgeons to perform internal manipulations much more accurately and efficiently,” he said.

Fifty-five complex operations have been performed at the hospital using robot-assisted technology. The robotic operating room is a modern, effective method of surgical treatment in urology, gynaecology and general surgery (when internal organs are operated through small openings on the patient’s body). Additional benefits for surgeons using robots are multiple image magnification, completely eliminating shaking hands and protecting against errors. The advantages for the patient are no large incisions, minimal blood loss and fast recovery.