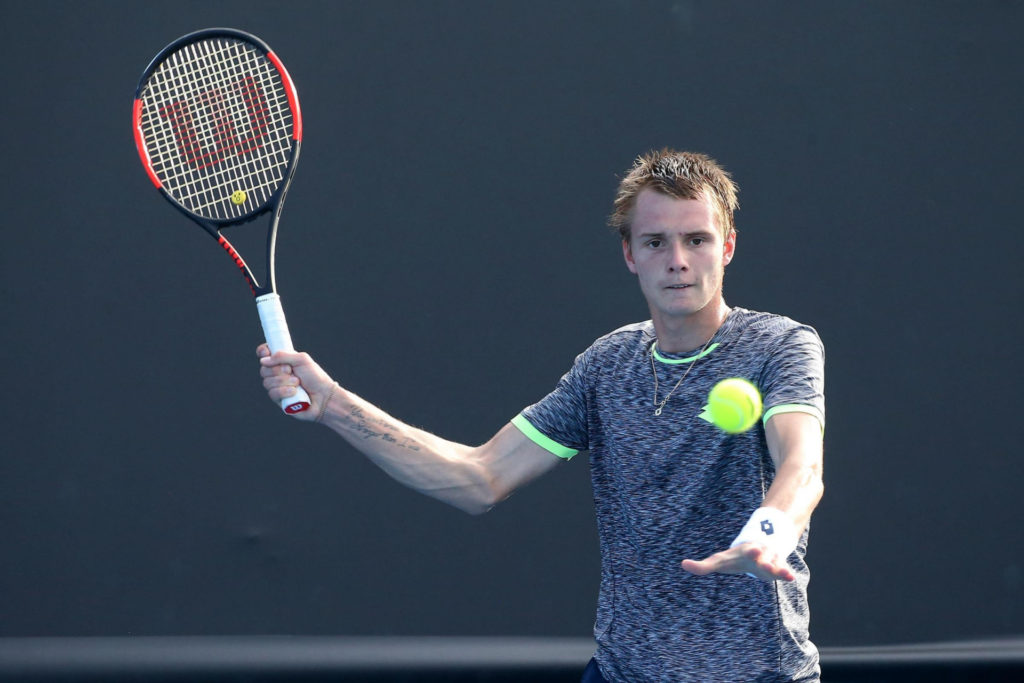 Bublik defeated Serb Pedja Krstin and American Mitchell Krueger in the second and third rounds, respectively, then beat Spaniard Feliciano Lopez in the quarterfinals, 7-6 (5), 6-3. In the semi-finals, he topped American Tennys Sandgren in three sets, 2-6, 6-2 and 7-6 (5). Bublik then defeated Ecuadorian Emilio Gomez in the final match, 6-3, 6-2, to win his third tournament of the year, reported sports.kz.

Bublik was born June 17, 1997, in Gatchina, Saint Petersburg, according to his website. His father and coach, Stanislav Bublik, introduced him to tennis at age two.

“A former junior top 20, Alex is from the same generation of highly talented players such as Zverev, [Taylor] Fritz and his co-nationals [Karen] Khachanov, [Andrey] Rublev and [Roman] Saffiulin. A bit crazy, aggressive and highly competitive player on court, Alex is recognised by his peers to be a fun, smiling and warm character off the court,” it notes.

Bublik turned pro in 2014. Two years later, he played his first ATP tournament in Saint Petersburg, moving more than 700 positions in the ATP ranking (from 964 to 205) and drawing the attention of the sports community. In November 2016, he announced he would represent Kazakhstan.

He entered the top 100 in 2017 after winning the Cuernavaca and Aptos ATP Challengers and reaching the quarterfinals in the ATP 250 tournament in Moscow. He also reached the draws at the Australian Open and Wimbledon. A foot injury at Indian Wells, California (U.S.) in 2018 dropped him to 250th, but he managed to close the year ranked 170th.

The ATP Challenger Tour is a series of professional tennis competitions. In recent years, more than 150 competitions per year (178 in 2008) have been held in more than 40 countries, including those where tennis is a new sport. Players who succeed on the international men’s ATP Challenger Tour earn ranking points to become eligible for the main draw or qualifying draw entry at ATP World Tour tournaments.