NUR-SULTAN – Kazakhstan exported $68.3 billion in goods and services in 2018, a 24.2-percent growth compared to 2017, said Minister of Finance Ruslan Dalenov at the April 16 government meeting. 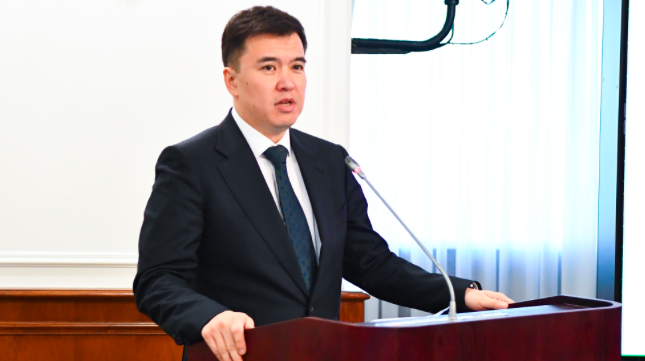 “The growth is primarily due to rising prices for oil. At the same time, non-oil exports and service exports made up $23 billion, increasing by 4.1 percent since 2017. Service exports demonstrate positive dynamics. The growth is estimated at 12.3 percent, reaching $7.3 billion,” said Dalenov.

Adopted in August 2017, Kazakhstan’s national export strategy is designed to help the country increase non-oil exports to $32 billion by 2022, including $20.2 billion in industrial products, $1.9 billion in agricultural products and $9.7 billion in service exports.

“The main exports in the processing industry are ferroalloys, raw zinc, refined copper, uranium, petroleum gases, transformers and batteries,” said Sklyar. “Growth was also recorded in the chemical industry, which was 2.6 percent, 14.6 percent in mineral products, 11 percent in machinery and 7.6 percent in food products.”

He noted non-oil exports are expected to increase and outlined several factors driving the growth.

“First, new export-oriented enterprises launched last year as part of the national industrial development programme have an export potential of $458 million and half of their products go to export,” he said.

“Taking into account increasing consumption and demand at foreign markets, we expect export growth in areas such as machinery driven by increasing exports of transformers, batteries and frictionless bearing tools and in metallurgy driven by increasing production of ferroalloys and steel pipes, as well as chemical and light industries,” said Sklyar.

Service exports also demonstrated growth in 2018, including a 15-percent hike in transport and 20-percent increase in construction.

“This year, we will organise 15 trade and economic missions, seven national pavilions and four presentations of trade marks, as well as the participation of Kazakh companies in 30 foreign industry exhibitions abroad. They will receive support in the search and organisation of meetings with potential foreign clients, advertisement of their products and covering their expenses for renting exhibition areas, accommodation, meals, tickets and translator services,” he added.

The support measures are expected to help 270 local companies, accounting for 70 percent of local exporters.